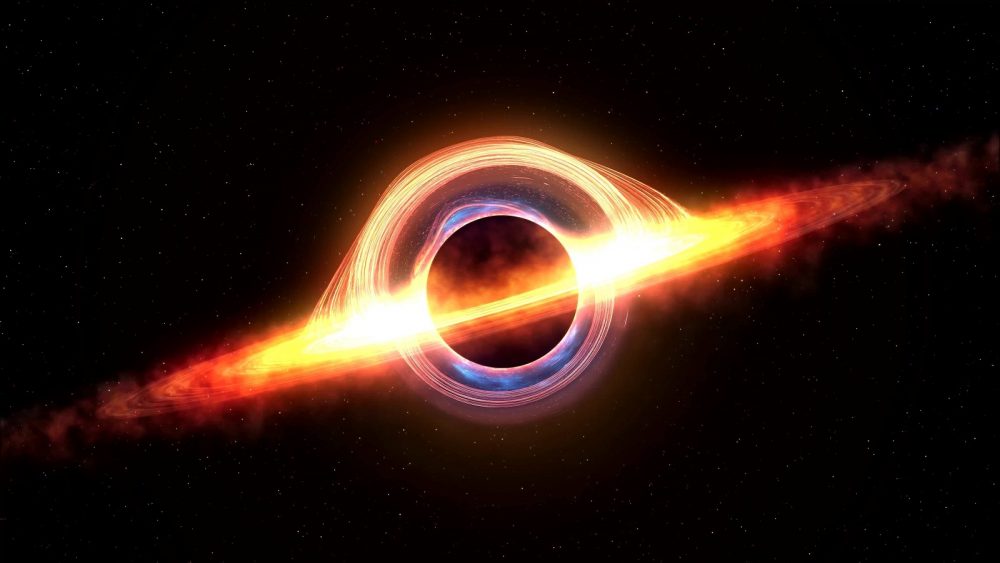 Scientists essentially theorize that Black Holes are kind of like holograms, in which all the information to produce a three-dimensional image is encoded on a two-dimensional surface. This is according to new research linking two discordant theories published in Physical Review X.

As quantum theories command, black holes could be incredibly complex and concentrate an enormous amount of information in two dimensions, in a similar way to the largest hard drives in existence today.

This precise idea aligns with Einstein’s theory of relativity, which describes black holes as three-dimensional, simple, spherical, and smooth, something that we actually managed to see when astronomers published the very first image of a black hole, back in 2019.

In other words, black holes appear to be three-dimensional, just like holograms.

For astrophysicists, black holes pose arduous theoretical challenges for many reasons. They are, for one, excellent representatives of the great paradoxes of theoretical physics in combining the principles of Einstein’s general theory of relativity with those of quantum physics of gravity.

According to current theory, black holes are simple bodies with no information. According to quantum physics, as Jacob Bekenstein and Stephen Hawking theorized, they are the most complex existing systems known in the universe, because they are characterized by enormous entropy, which measures the complexity of a system, and consequently they contain a lot of information.

In the new studies, the researchers explained that this innovative and somewhat counterintuitive principle proposes that the behavior of gravity in a given region of space can alternatively be expressed in terms of a complex system, which lives only along the edge of that region and, therefore, in one less dimension.

Most importantly, the researchers explain that in this alternative description (called holographic), gravity does not appear explicitly. In other words, the holographic principle allows us to describe gravity using language that does not contain gravity, avoiding so friction with quantum mechanics.

Confusing? It may sound so, but it isn’t actually. What Benini and Milan have done is apply the theory of the holographic principle to black holes. In this way, their mysterious thermodynamic properties have become more understandable: by focusing on predicting that these bodies have high entropy and looking at them in terms of quantum mechanics, which allows us to describe them as a hologram: they have two dimensions, in which gravity disappears, but they reproduce an object in three dimensions.

But there’s more. Much more.

According to the authors of the new studies, this is only the first step towards a deeper understanding of these cosmic bodies and the properties that characterize them when quantum mechanics intersects with general relativity.