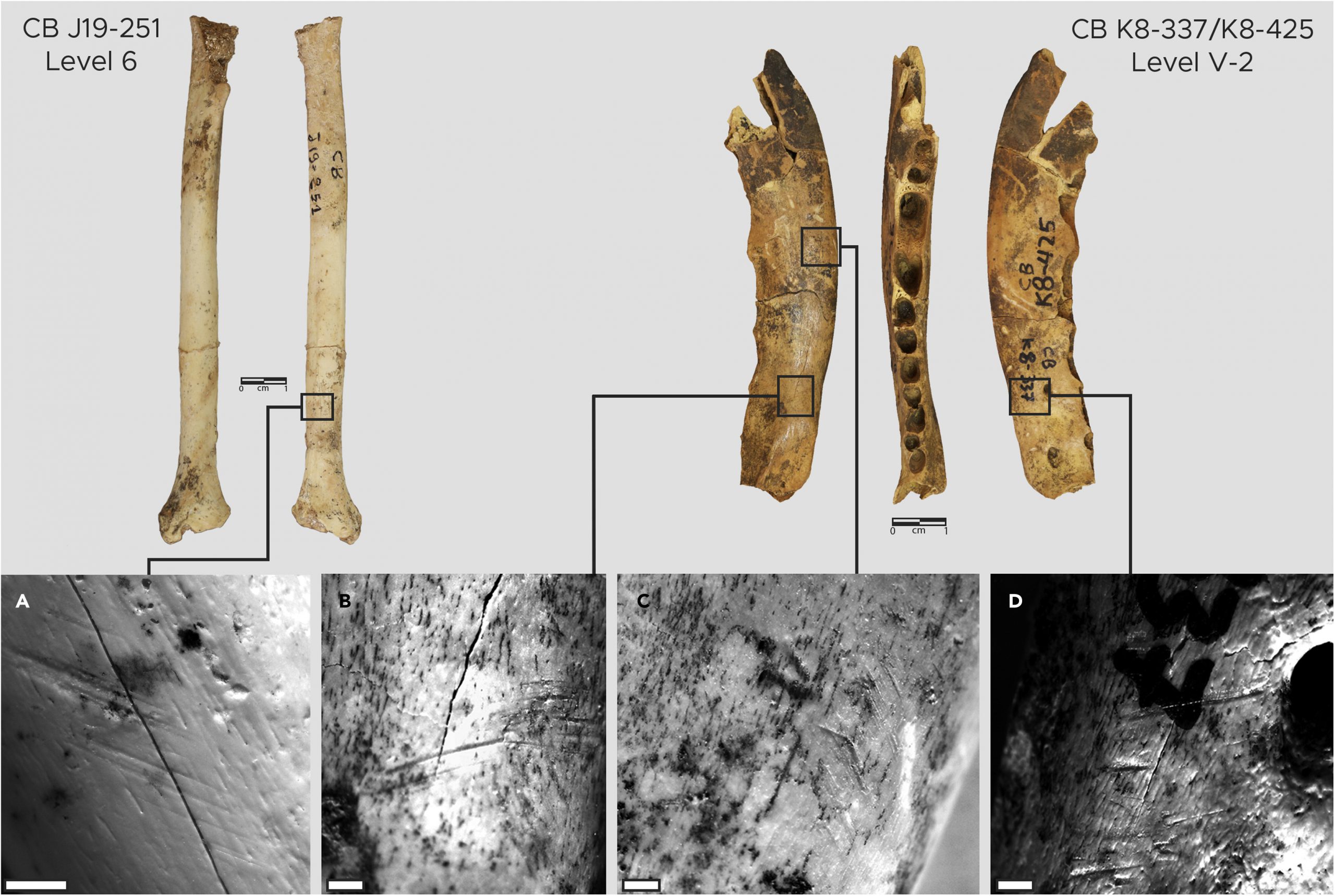 Scientists noted that the tools were made in various ways, for example, by scraping a bone blank with a stone tool, polishing, or blowing with stone tools.

Archaeologists have discovered the oldest evidence of the manufacture of clothing in the Moroccan Contrebandiers Cave. They found bone tools designed for the removal and processing of animal skins, aged from 90 to 120 thousand years. On the bones of predators from the same cultural layers, scientists found traces of tools made in the same places where they make incisions today in order to remove the skin on fur.

Everything you need to know about the oldest manufacture of clothing

The use of animal bones as tools of labor has been known since ancient times, and not only the ancestors of modern people but also, for example, massive australopithecines, used raw bones. One of the oldest bone choppers dating back to the Early Paleolithic was found in Olduvai Gorge and dated between 1.65 and 1.3 million years ago.

Similar finds are known in Europe, where at the archaeological site of Trilitsa, located in Montenegro, archaeologists discovered 1.8-1.5 million-year-old bone tools. However, the systematic use of such raw materials for the manufacture of tools dates back to the turn of the Middle and Upper Paleolithic.

On the Atlantic coast of Morocco is the Contrebandiers Cave, which was inhabited by ancient people as early as the Middle Paleolithic. The earliest Pleistocene cultural layers date back to 126–95 thousand years ago and are associated with the Aterian and Mousterian archaeological cultures, the latest with the Mesolithic and Neolithic, that is, with the Ibero-Mauritanian culture.

The first excavations were carried out here in the 1950s, but systematic research began in the 2000s. Archaeologists managed to find a large amount of material here: stone and bone tools, human remains, as well as faunal remains.

Emily Hallett of the Max Planck Institute for Human History has collaborated with scientists from Australia, Germany, Spain, Portugal, the United States, and South Africa to explore a collection of bone tools from the Contrebandiers Cave. In the cave, archaeologists discovered 62 bone tools in the Middle Paleolithic sediments, as well as one object from the Upper Paleolithic.

Scientists noted that tools from the Middle Paleolithic layers were made in various ways, for example, by scraping a bone blank with a stone tool, polishing, or blowing with stone tools. The artifacts have been extracted from cultural layers dating back between 120 and 90 thousand years ago. Seven scapular-shaped instruments were made from animal ribs.

The researchers noted that such tools could be used to prepare the skins. The “shoulder blades”, in their opinion, are excellent for scraping and removing the internal connective tissue on hides since they did not pierce the material and made it possible to obtain whole skin or fur.

Paleozoological research has confirmed the presence of the remains of a sand fox (Vulpes rueppellii), a common jackal (Canis aureus), and a forest cat (Felis Silvestris), which contain traces obtained during skinning. The notches from the tools correspond to modern methods of obtaining fur, with the first cuts made in the fore and hind legs to separate the hide from the paws. Then she is pulled to the head, where incisions are made in the area of ​​the lower jaw.

Archaeologists noted that on the remains of large horned animals from the Contrebandiers Cave, the distribution of cuts is different – the maximum concentration of traces is on long bones, which hold most of the meat. The combination of carnivore bones with footprints consistent with skinning, and the availability of suitable tools, convincingly shows that ancient people practiced skinning.

Other bone tools from the cave are reminiscent of ancient stone-cutting tools, retouchers, and other items, the purpose of which remains to be seen. In addition, archaeologists have found a fragment of a cetacean tooth, which contains potential traces of human activity. Scientists suggest that it belonged to a sperm whale (Physeter microcephalus), which is about 113 thousand years old.