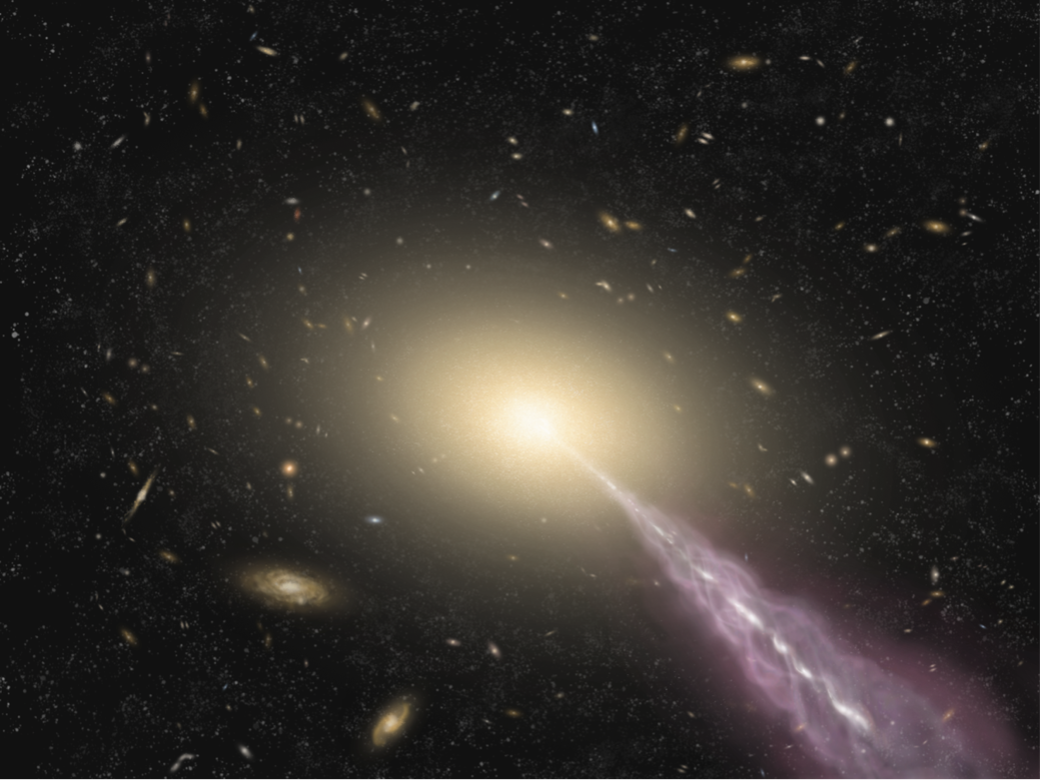 This is the first time such structures were found to extend for tens of thousands of light-years in the host galaxy of a quasar.

This is the first time that radio waves from such a mechanism are found to extend for tens of thousands of light-years in the host galaxy of a quasar. According to astronomers, two mysterious and large objects emerge from the brightest quasar in the known universe. Quasar 3C273 lies at a distance of 2.4 billion light-years from Earth. Quasars are the nucleus of galaxies that contain massive black holes at their centers, which suck up the surrounding matter, giving off vast amounts of radiation.

Detected in a 1959 study of cosmic radio wave sources, 3C 273 is a quasar (short for ‘quasi-stellar object’) and is home to an energetic black hole.

Although black holes don’t emit light, the largest ones are surrounded by large swirls of gas called accretion disks, which is what astronomers are able to see. In fact, the light emitted by these giants is bright enough to be confused with that of a star.

A black hole’s disk glows with radiation as gas falls into it near light speed. This radiation is typically detected as radio waves as the gas approaches the speed of light. Quasar 3C 273 is the first quasar ever identified by astronomers.

Additionally, it is also the brightest, more than 4 billion times more radiant than Earth’s Sun while being more than 2.4 billion light-years away.

The quasar’s bright luminosity makes revealing anything about its host galaxy nearly impossible, but scientists have studied its fiery core extensively for decades.
Ironically, scientists are largely in the dark about how quasars affect their host galaxies because of their remarkable brightness.

This may soon change thanks to a new study published in The Astrophysical Journal. Scientists used the Atacama Large Millimeter/submillimeter Array (ALMA) radio telescope to isolate the quasar’s radiant glow from that of its host galaxy in the study.

The only thing remaining was the radio waves emitted by the quasar galaxy, which revealed two enormous and mysterious radio structures that had never been observed before.

It appears that one of the structures is a vast patch of radio waves stretching thousands of light-years from the galaxy’s center to the southwest. This overlaps with the second structure: a gigantic jet of energy, known as an astrophysical jet that spans tens of thousands of light-years. Curiously, researchers have still not managed to understand how or why astrophysical jets form fully.

It is known, however, that jets are often seen around quasars and other supermassive black holes and likely result from a black hole’s interactions with its dusty accretion disk. Usually, the jets are ionized particles (electrically charged) that travel at nearly the speed of light.

According to what radio frequency they are viewed on, the radiation released by these jets appears brighter or dimmer. The large radio structure surrounding galaxy 3C 273 however demonstrated uniform brightness irrespective of its frequency.

This implies that the two radio structures are the result of different and unrelated processes. After testing various theories, the researchers concluded that the huge radio fog that surrounds the galaxy results from hydrogen gas generated by stars and directly ionized by quasars. The authors of the study claim this is the first time ionized gas has been observed encircling a supermassive black hole at such a distance.

The findings of this study shed light on a long-standing puzzle in astronomy: Can a quasar ionize so much gas in its host galaxy that it prevents the formation of new stars? To answer this question, scientists compared the estimated gas mass of the galaxy with that of other galaxies of similar size and type.

It was found that, despite the quasar’s massive ionization of gas, which prevented it from growing into stars, star formation in the galaxy as a whole was not suppressed. As a result, it is possible that galaxies still exist with quasars at their centers that emit radiation.

“This discovery provides a new avenue to studying problems previously tackled using observations by optical light,” revealed Shinya Komugi, an associate professor at Kogakuin University and lead author of the study. “By applying the same technique to other quasars, we expect to understand how a galaxy evolves through its interaction with the central nucleus.”

Read more about the discovery by clicking here. 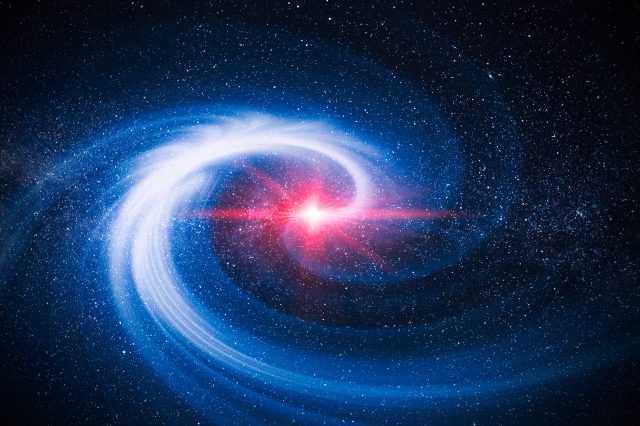 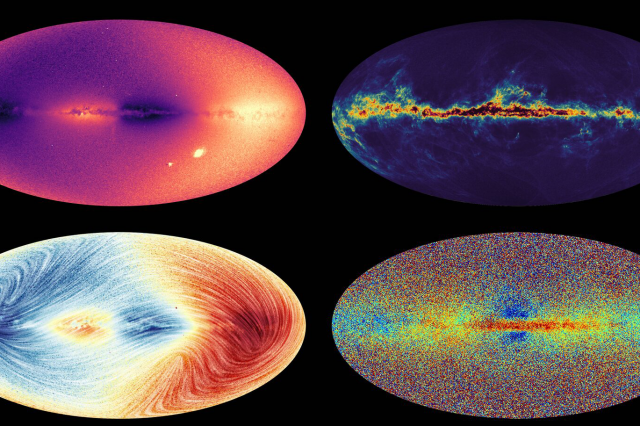