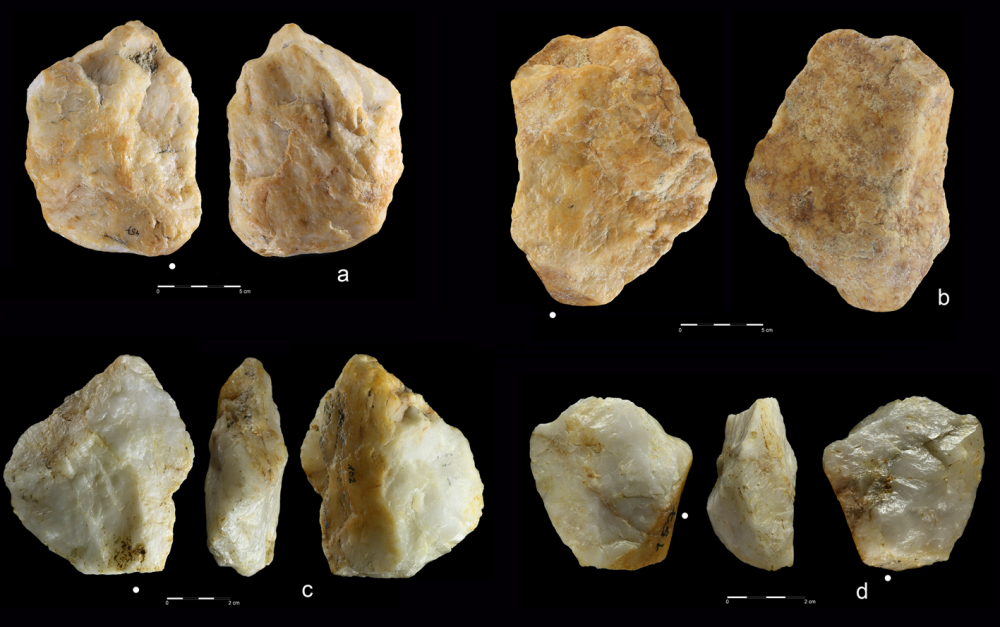 An international team of archaeologists discovered the oldest traces of human presence in Eastern Sahara while examining an abandoned gold mine in Sudan.

Scientists surveyed an abandoned gold mine located in the eastern part of the Sahara Desert in Sudan and discovered hundreds of stone tools used by our distant ancestor, Homo erectus. The researchers note that this is the oldest evidence of human activity in the region to date.

The abandoned gold mine itself is located about 70 km east of the modern city of Atbara. According to the head of the study, Professor Miroslaw Masojć from the Institute of Archaeology at the University of Wroclaw, a real “gold rush” has flared up in the Sahara desert.

People have been digging in improvised quarries in search of the valuable ore for quite some time now and a group of miners stumbled upon tools that appeared to be ancient and valuable.

Information about this reached archaeologists who have been visiting abandoned mines for several years in search of new archaeological sites. In one of them, they found hundreds of stone tools that are several hundred thousand years old.

Similar ancient tools were previously found in Ethiopia and Kenya, and their age even reaches one million years. However, one of the types of stone tools found in the Sahara mine – almond-shaped cleavers that closely resemble human fists, turned out to be new to the researchers.

In terms of their technical characteristics, these tools appear to be closely related to those found in equatorial Africa which is a first for archaeology in this area. Professor Masojć believes that there was a workshop in which people made tools on the site of the abandoned gold mine in prehistoric times.

This is indicated by the production wastes found here – “scales”, which were formed during the manufacture of stone tools near the Sahara mine. Scientists believe that representatives of Homo erectus, the ancestor of modern man, worked in the workshop. This species of hominids appeared in Africa about 1.8 million years ago, from where they quickly migrated to Eurasia.

We add that archaeologists were able to date the age of the artifacts using the method of optically stimulated luminescence (OSL). It showed that the age of the layers in which the tools lay is at least 700 thousand years old.

Scientists called this fact an archaeological sensation in itself since the age of the artifacts turned out to be twice older than that of other evidence of human activity previously found in this region and considered the most ancient.

At the same time, the authors of the study do not exclude that the real age of the instruments may be up to a million years, like their counterparts found in South Africa. Professor Masojć also believes that there could be even older stone tools and evidence in the unexplored depths of the mine in Sahara but reaching them is impossible at the current time.

Researchers do not have the capabilities to fund such excavations and the political situation in Sudan is not making their work any easier either.