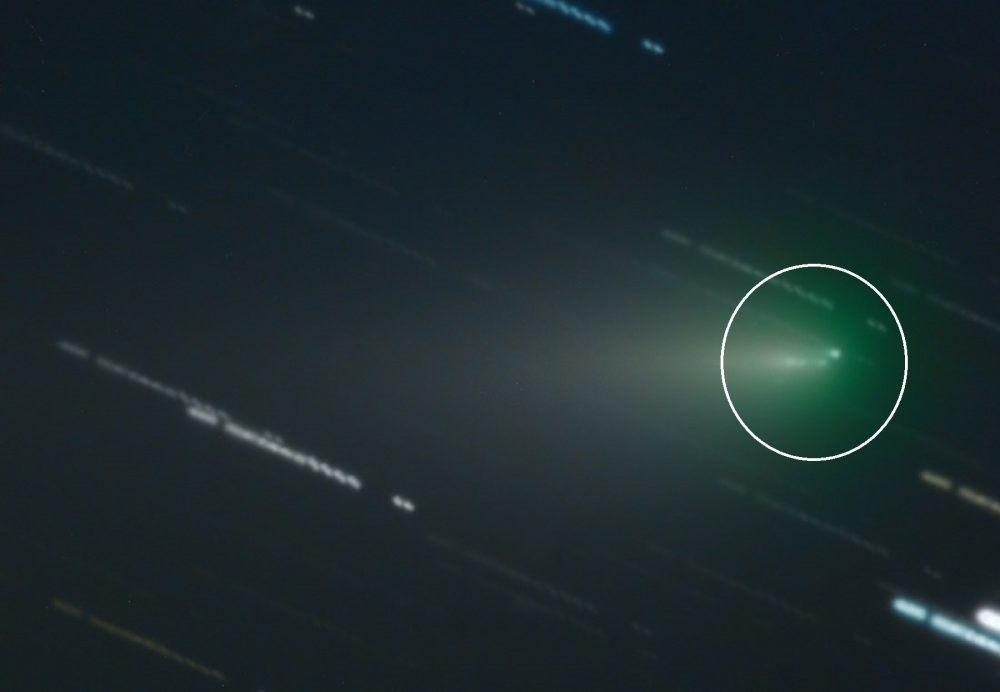 The comet whose coma is calculated at around five times the size of Jupiter and half the size of the Sun has broken into several (at least 4) distinct pieces.

Comet Atlas, officially designated ATLAS (C/2019 Y4), has apparently fragmented into several pieces as it makes its way towards the sun. According to recent reports, ATLAS C/2019 Y4, dubbed the comet of the century, will not be as spectacular as expected as it appears not to have survived its approach towards the sun. Astronomers have reported, “multiple separate fragmentations within its diffuse coma.”

Although astronomers around the world had hoped the comet would survive its approach to the sun, which would have made it visible to the make eye from Earth, the comet started disintegrating around April 2, 2020. This type of fragmentation event is not uncommon.

Despite the fact that  ATLAS (C/2019 Y4) will not be visible to the make eye, sky gazers can still observe the comet with a telescope looking for it in the constellation of Camelopardalis, where it will appear as a diffuse, green object.

Although previous reports had suggested the comet would further brighten as it approaches the sky, because it has now fragmented, it is not expected to brighten any further. ATLAS (C/2019 Y4) is expected to make its nearest approach to Earth on May 23 and come to its closest point to the sun on May 31. On May 12 the comet will move into the constellation Perseus.

Astronomic observations of the object reveal it has fragmented into at least 4 distinction pieces. The comment is thought to have fragmented as the result of outgassing which caused an increase in the centrifugal force of the comet, something entirely common for comments that travel through the inner solar system. The four distinct fragments of the comet are now designated C/2019 Y4-A, C/2019 Y4-B, C/2019 Y4-C, and C/2019 Y4-D.

ATLAS (C/2019 Y4) is expected to be 117 million km from Earth on May 23, which happens to coincide with a new moon, when the comet will be located 17 degrees from the Sun.

In other words, the comet’s coma has been estimated to be around 5 times the size of planet Jupiter, and half the size of the Sun. But that doesn’t mean its rocky core is that big.