Around 1,100 CE, an ancient city located directly across the Mississippi River from present-day St. Louis, covered some 16 square kilometers across which its inhabitants built as many as 120 pyramid mounds, of which only 80 remain in existence.

Around 1,000 years before the arrival of the Europeans to the New World, Cahokia was an influential metropolis and the largest settlement in the Mississippian region.

Today, some 1,000 years after its demise, the pyramid city is considered the largest and most sophisticated archeological site north of the great pre-Columbian civilizations of Mexico.

No other city in North America can be compared in terms of architecture and complexity to Cahokia.

Despite the fact that by 1,100 CE the city was a sprawling metropolis, an archeological survey of the site has revealed that the area around which the city was built was inhabited possibly prior to 1,200 BC.

Although the inhabitants did not leave behind written records of history beyond symbols painted on shells, wood, stones, and pottery, we know that Cahokia was an elaborately planned community with a complex and sophisticated society.

Its name, just as the name of many other ancient cities in the American continent remains unknown to experts. The name used to refer to the city today comes from the Cahokia tribe, a historic Illiniwek people inhabiting in the area when the first French colonists arrived in the 17th century.

The largest and most impressive structure in Cahokia is the so-called Monks Mound. It is a structure located at the heart of the city. Composed of a massive platform mound built out of four terraces, the monument is ten stories tall. It is so big that it is considered the largest man-made earthen mound north of Mexico.

Archeologists believe that the structure was built in several phases throughout history, and as many as ten different construction episodes were needed to complete it. 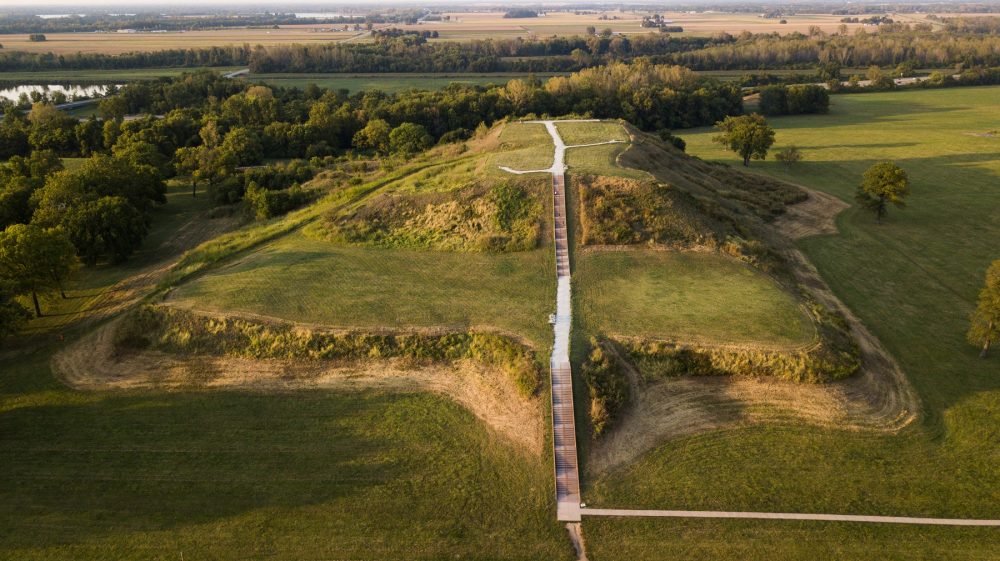 On top of Monks Mound, the Natives built a kind of temple-residence. This building was so tall that it could be seen from throughout the city.

However, like all complex, and developed societies of the American Continent, the city of Cahokia and its inhabitants eventually disappeared, turning into what many have dubbed the lost civilization of Cahokia.

But did this ancient civilization really disappear?

A new study from UC Berkeley has revealed new data about the North American Pyramid city.

Excavations of ancient human feces in addition to other demographic clues has allowed archeologists from UC Berkeley to challenge the narrative surrounding the legendary demise of the Pyramid City.

The city was home to tens of thousands of people who among other things, traded, farmed, fished and built a complex city.

Historical narratives tell us that by the 1,400s, the city was abandoned most likely due to catastrophic floods, droughts and resource depletion.

However, as noted by a recent study, contrary to the accepted idea of Cahokia’s lost civilization, the exodus may have been short-lived.

“One would think the Cahokia region was a ghost town at the time of European contact, based on the archeological record,” explained A.J. White, a UC Berkeley doctoral student in anthropology.

“But we were able to piece together a Native American presence in the area that endured for centuries.”

The new study which offers unprecedented insight into the history of the pyramid-mound city was published in the Journal of American Antiquity.

It suggests that instead of the city disappearing from the historical record, a fresh of new inhabitants repopulated the city in the 1500s, keeping the city flourish and active well through the 1,700s.

The new study argues that around 1,700 CE, disease, environmental changes, migrations as well as warfare caused an irreparable reduction to the local population.

White, as well as fellow researchers from California State University, Long Beach, the University of Wisconsin-Madison and Northeastern University examined fossil pollen, the residues of ancient feces, charcoal, and other evidence to reconstruct a post-Mississippian lifestyle, in order to understand what happened to the city.

What they found suggests a community built around maize farming, bison hunting as well as controlled grassland burning, characteristics that are consistent with practices of the so-called Illinois Confederation of Tribes.

The study discovered that the Mississippian decline did not mar the end of the Native American presence at Cahokia. It reveals that a complex series of migrations, ecological changes, and warfare took place in the 1,500s, 1,600s, and 1,700s before the Europeans arrived in the area.

“We were able to fill in the gaps through historical, climatic and ecological data,” explained White.

“The story of Cahokia was a lot more complex than, ‘Goodbye, Native Americans. Hello, Europeans,’ and our study uses innovative and unusual evidence to show that.”

15 Stunning Aerial Images of the Ancient Pyramid City of Teotihuacan 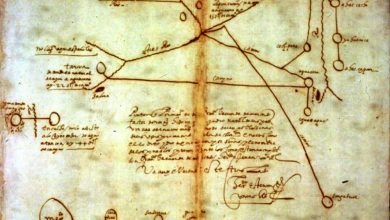