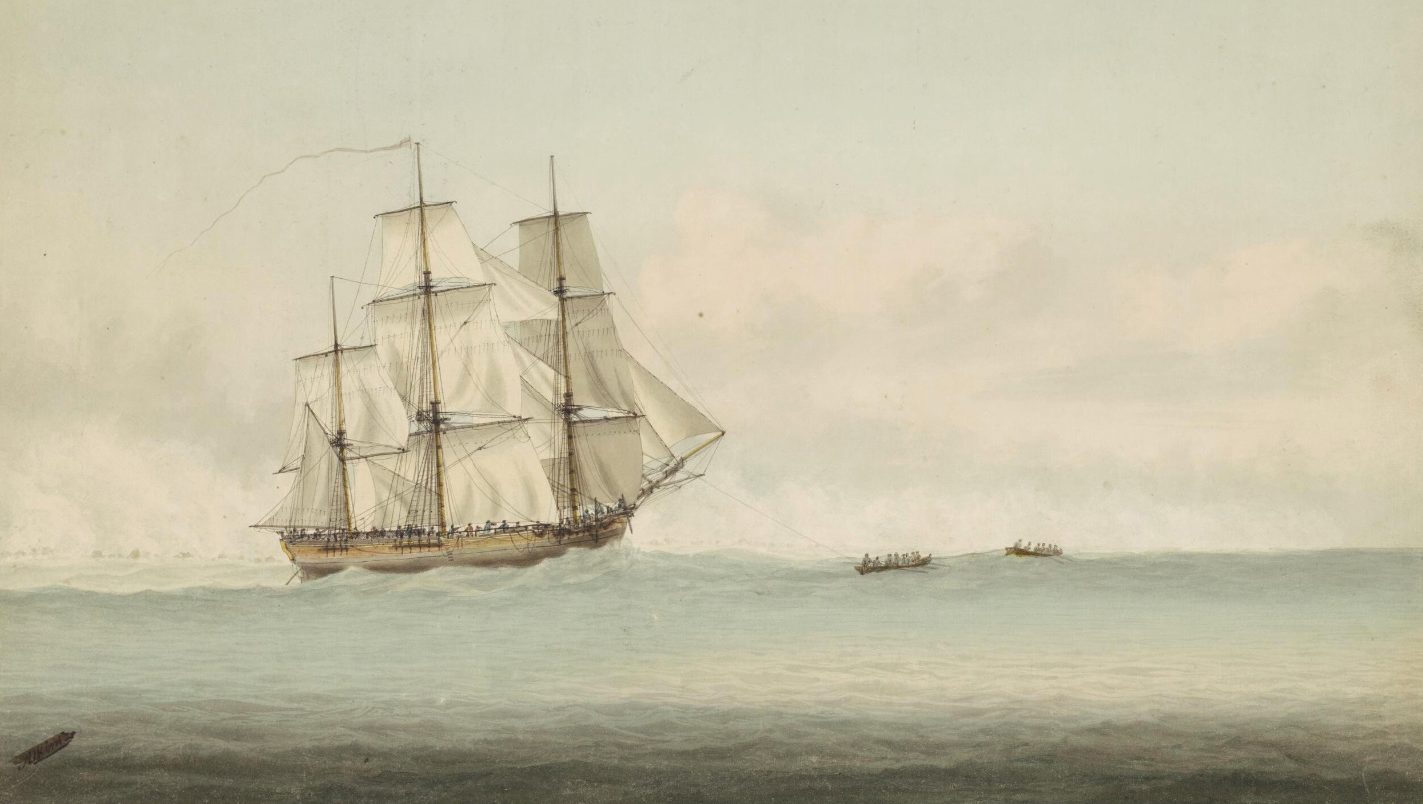 Marine archaeologists reported that they were able to identify the wreckage of the HMS Endeavour. The place of the sinking of this and several other ships was found back in 2016 in the northeast of the United States, but only now the researchers managed to figure out exactly which remains belong to the ship of Captain James Cook, sunk during the Revolutionary War.

In August 1778, during the American Revolutionary War, near the city of Newport, the British sank 13 ships on purpose to blockade the harbor. Among them was the transport ship “Lord Sandwich” (the former barge HMS Endeavour), which was previously captained by James Cook.

On this ship (called “Endeavour”), built-in 1764, under the command of a famous naval sailor and discoverer, the so-called Southern Continent was explored and the passage of Venus through the disk of the Sun was observed. As a result of the expedition, which took place in 1768-1772, the barge was badly damaged. After returning to England, it was converted into a transport ship and renamed Lord Sandwich.

In 1999, a study began, the purpose of which was to find the wreckage of a historic ship off the coast of Rhode Island. In 2016, scientists reported that they were able to find ten locations in Newport harbor where British ships were sunk. After studying historical sources, they were able to determine where the group of five ships, which included the Endeavour, was located.

However, it remained unclear on which of them Cook actually made the expedition. In 2018, maritime archaeologists identified the potential wreck of the Endeavour and, in particular, collected wood samples for analysis.

Director of the Australian National Maritime Museum Kevin Sumption announced the results of 22 years of research aimed at finding and identifying the famous ship. Scientists have confirmed that the wreckage found in the harbor of Newport really belongs to the ship on which Captain James Cook made an expedition to the coast of Australia.

Sumption noted that about 15 percent of the ship is currently intact. Historical evidence, the length of the surviving part of the hull, the shape of some of the surviving parts, the location of the masts, and the design of the keel helped to identify the Endeavour among other ships sunk in this harbor. In addition, an examination of wood samples showed that the ship was built in Europe and not in America.

Scientists and the governments of Australia, Rhode Island, and the United States now face the important task of securing this find. They are currently preparing a report on the results of the study, which will be published soon.