We all know that by definition, the automotive industry remains in constant evolution. It simply has to innovate, create, design, change, while adapting to the environment and different types of drivers.

Although some feel a certain nostalgia for the elegant designs of the early twentieth century, and others yearn for access to vehicles without a pilot, today’s technology is focused on making intelligent and safe vehicles available to the masses.

Tesla is one such example.

This is why car manufacturers are looking for technologies and measures that can decrease these numbers while making ars more attractive during the process.

Experts believe that next generation cars will have better-developed assistance systems, radars, stereo cameras, and even automatic braking software in the presence of pedestrians. Some cars already have these technologies.

The European program for the evaluation of new cars (EuroNCAP) has already incorporated various safety technologies such as lane assist or emergency brake, features we see in cars like Skoda, Volkswagen, Seat. but even in pricer models such as BMW, Audi, and Mercedes.

Tesla, of course, takes safety to a whole different level.

But in order to make these features a must-have feature in cars, the EuroNCAP has declared that by the end of 2018,  cars must detect pedestrians and stop when there is no visible route.

By 2020, there will be an automatic brake system that will detect cars that circulate perpendicularly and other automatic braking systems focused on stopping the vehicle in case the pilot is distracted from the different daily vicissitudes that any driver goes through.

The Flesby II concept car, picture in our featured image, is the creation of a Japanese plastics manufacturer. The car has the ability to change its shape and size. It’s like a cute little Autobot.

It is called Toyoda Gosei Flesby II Concept, and basically, the vehicle is a structure, a motor, and seats covered with a deformable plastic, which allows it to adopt different configurations.

The material is also semi-transparent, allowing its driver to send text messages or graphics through the body of the car so that they are visible to pedestrians and other drivers. 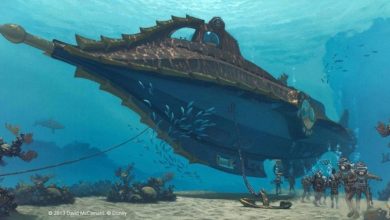 The Mind-bending Predictions of Jules Verne That Came True