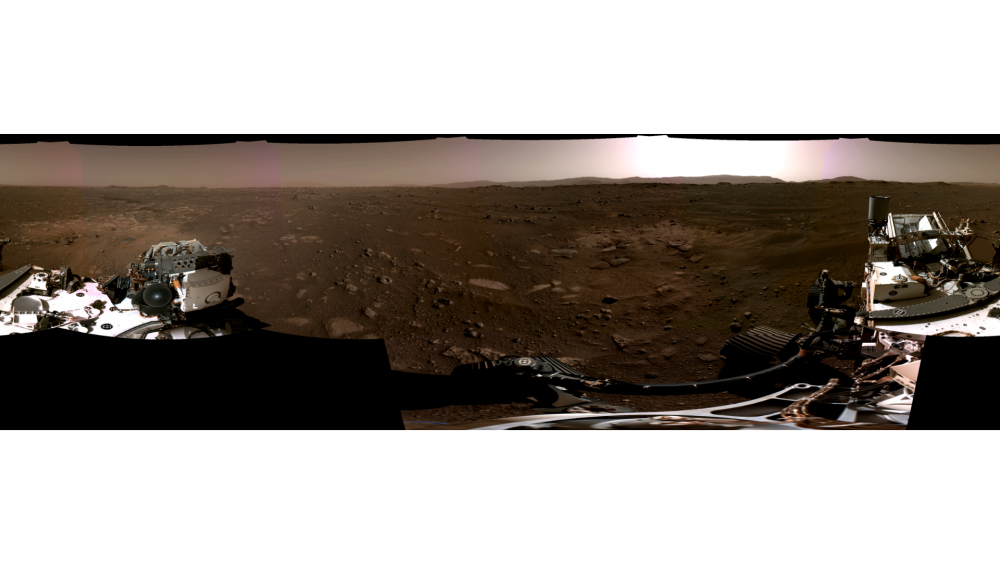 The panorama was composed out of six individual images taken by Perseverance's Navcams.

In less than a week, NASA has already released nearly 5000 raw images from the Perseverance mission on Mars but one particular release stands out – a 360-degree high-resolution panorama. While there is no doubt that each image is unique as it shows a little piece of Mars, seeing a high-quality panorama brings a different level of joy.

You can see the image right above these opening lines. Taken two days after Perseverance made a soft landing on the surface of Mars, this panorama is made out of six individual images, so yes, it was montaged and not taken as a single shot.

In less than a week, NASA has literally broken all possible records for interactivity and availability of a mission. Five thousand images, that is absolutely mind-boggling. We will surely receive tenths of thousands of images in the upcoming years and undoubtedly many more incredible ones than this panorama but the true goal of the Perseverance mission is far more complicated and significant.

Perseverance will renew the search for ancient microbial life on Mars

Few people know, but despite the huge interest in the exploration of Mars in the last few decades, Perseverance is the first mission to search for life on the planet since 1976.

More than 40 years ago, the American landing craft “Viking 1” and “Viking 2” made the first successful soft landing on the Martian surface. Their task was to confirm whether microscopic organisms could grow in the soil.

For this purpose, “Viking 1” and “Viking 2” had a gas chromatograph with a mass spectrometer, as well as a specific experiment called “Labeled Release”. In the course of this experiment, samples of the primer were collected, after which, a solution with a nutrient medium was introduced into them.

The substances in this nutrient contained radioactive carbon-14. If hypothetical microorganisms exist on Mars, they should metabolize the nutrient medium and release the corresponding products – radioactive carbon dioxide or methane.

When the experiment was conducted, the scientists were amazed – the result was positive! There seemed to be life on Mars! But the joy was short-lived, as the mass spectrometer failed to detect any traces of organic matter.

Thus, the researchers came to the conclusion that the “Labeled Release” experiment showed the so-called “false-positive result” – the nutrient medium is decomposed into gases not because of the presence of microorganisms, but because of a hitherto unknown chemical reaction.

Some scientists, most notably Gilbert Levin, never agreed with this interpretation, and to this day claim that Viking 1 and Viking 2 have proven the existence of life on Mars. The problem, according to this team of researchers, was rooted in the limitations of the mass spectrometer.

However, this whole dispute shows NASA that the Viking missions were too land-centric. Their experiments were planned on the basis of certain postulates, which, however, may be incorrect, as the Red Planet is completely unknown.

This is the reason why, for the next nearly five decades, the United States refused to seek life directly on Mars and organized a galaxy of geological missions. The next generation of orbiters, such as Mars Global Server and Mars Odyssey, launched in 1996 and 2001, as well as landing craft such as Spirit and Opportunity, which landed in 2004, began implementing the “Follow the Water” strategy.

The question that needed to be clarified was not whether there are living organisms on the Red Planet, but whether the conditions that allowed them to grow once existed in the past, the most basic one being the presence of liquid water. The result of the research of these missions was definite – once the climate on Mars was warm, the planet had water in a liquid state.

Now, in 2021, the newly arrived Mars rover Perseverance is finally embarking on the task abandoned after the Viking Age. The search for life on Mars begins again. But it will happen in a much more sensible way because today we know the planet much better than 50 years ago because it has already been explored by many space missions.

The rover will look for bio-signs – specific signs that indicate the existence of life. For this purpose, it will rely on the powerful Mastcam-Z camera, which will be able to take close-up photos with a much higher resolution than was possible before, as well as on several devices.

One of them is PIXL – it will analyze the rocks using a powerful stream of X-rays to determine exactly where in them are the minerals of interest to science.

The other is SHERLOC – it can detect organic matter as well as determine whether it is concentrated or dispersed. If they are in a concentrated state, then the chance of being a product of metabolic activity is much higher.

Finally, detailed photographs of the collected samples will be taken using the WATSON microscope.

Scientists have high hopes that the instruments aboard Perseverance will be able to detect stromatolite-like structures – wavy, rocky deposits that formed on Earth in the early stages of its evolution. Such a find can hardly be explained by a geological process.

If there is a dispute about what Perseverance found, the samples will be packed in special containers and collected by future missions, which will launch them to Earth, where they will be thoroughly analyzed in ground-based laboratories.

According to NASA, the new rover may not put an end to the debate over whether or not there was life on the Red Planet, but the results and measurements will certainly be key to establishing the truth, whatever it may be.

This, however, will take time. For now, we can wait and enjoy the incredible raw images from the surface of Mars and especially this incredible panorama captured by Perseverance’s Navcams. 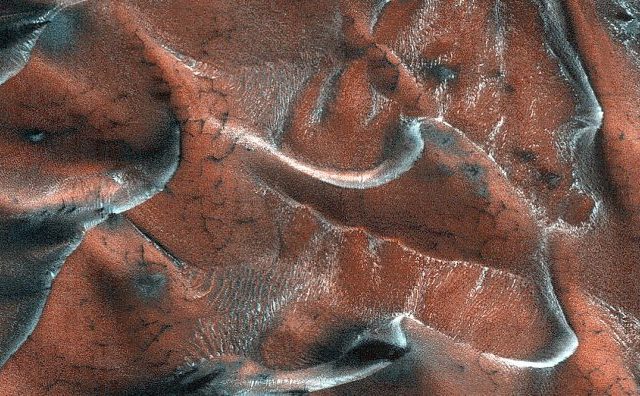 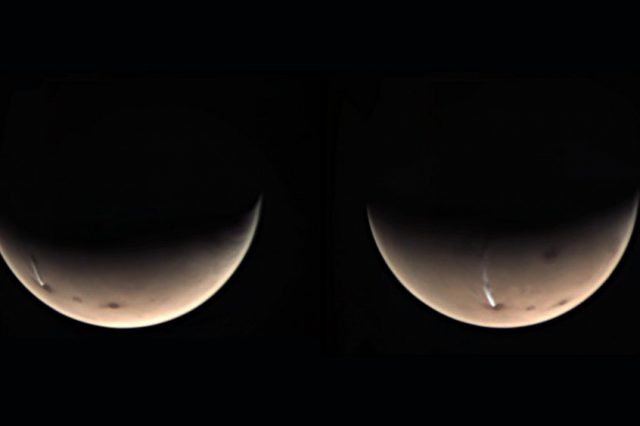