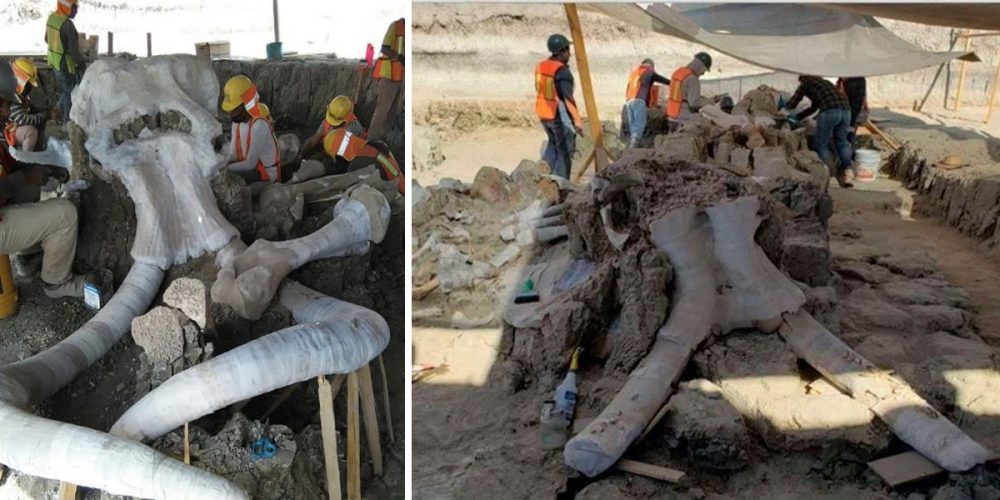 A group of archeologists has discovered over 60 mammoth fossils at the location of Mexico City’s new airport. The bones date back tens of thousands of years and belong to the genus Mammuthus columbi.

Thousands of years ago, mighty beasts walked on Earth. We call them Mammoths, and ancient people used to hunt them for thousands of years, using their meat as foot, fur as clothing, and bones as a construction material. The creatures walked on Earth since around 5 million years ago, to as recent as 4,000 years ago. Various species of Mammoths existed in Europe, Africa, and America. The woolly mammoth—the most famous of mammoths perhaps—was the last species of the genus.

Now, archaeologists in Mexico have come across a “stumping” discovery after unearthing as many as 60 fossilized mammoth bones. After excavating the site of the future airport of Mexico City, a group of archaeologists stumbled upon the remnants of more than 60 mammoths in a mind-boggling discovery. Among the mammoth bones, researchers also discover animal and human bones.

The researchers from Mexico’s National Institute of Anthropology and History (INAH) explained that the fossilized bones, discovered at a site where Mexico City’s New Airport will be built, date back over 15,000 years.

When excavations began in the area, no more than 3 archeologists were tasked with unearthing possible artifacts, but now a total of 31 archeologists, each with their own team, are working to excavate the site and recover the precious artifacts. The idea was to recover archaeological material without impeding the construction of the airport, but experts never expected to discover a treasure-trove of so many mammoth bones at the site.

So far, over six dozen of Mammoths have been found—almost all of the Mammuthus columbi genus—along with other types of fauna associated with the Pleistocene, such as bison, camels, and horses. In addition to the fauna, 15 human bones have also been recovered, belonging to pre-Hispanic burials, vessels, obsidian, and a canid, which was buried as an offering.

Experts believe that humans probably hunted in this region because in ancient times there was a body of water called Lake Xaltocan.

Archaeologists have explained that some of the unearthed animals are up to 35,000 years old. The area was rich in wildlife during the mammoth era as it represented an intersection of four distinct valleys and thus acted as a natural corridor in ancient times, attracting not only a variety of animals but apparently humans as well.

“Perhaps our ancestors noticed the passage and organized as a society to plant traps on the migration path and hunt down the mammoths,” explains Pedro Sánchez Nava, INAH national anthropology coordinator.

Columbian mammoths (or Mammuthus columbi), unlike their woolly cousins who lived in the icy tundra, had little fur. They were giant creatures that reached 4 meters in height and weighed between 8 and 10 tons, and had huge, very curved fangs. It is estimated that they lived to be 65 years old. It is one of the last mammoth lineages to become extinct on the planet, and experts believe they existed around 12,000 years ago. 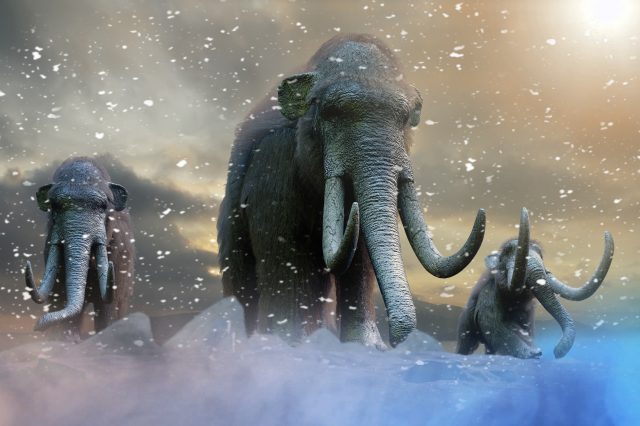 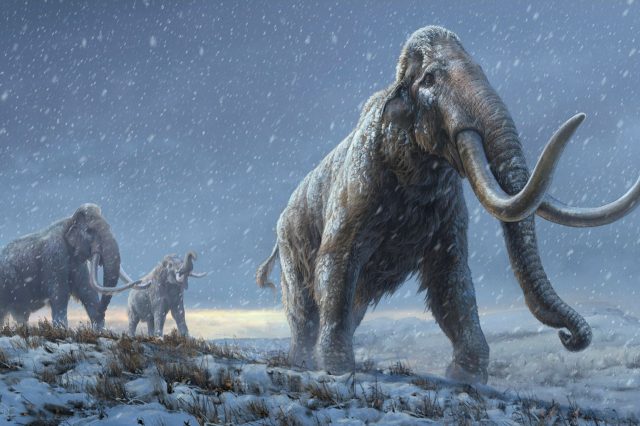