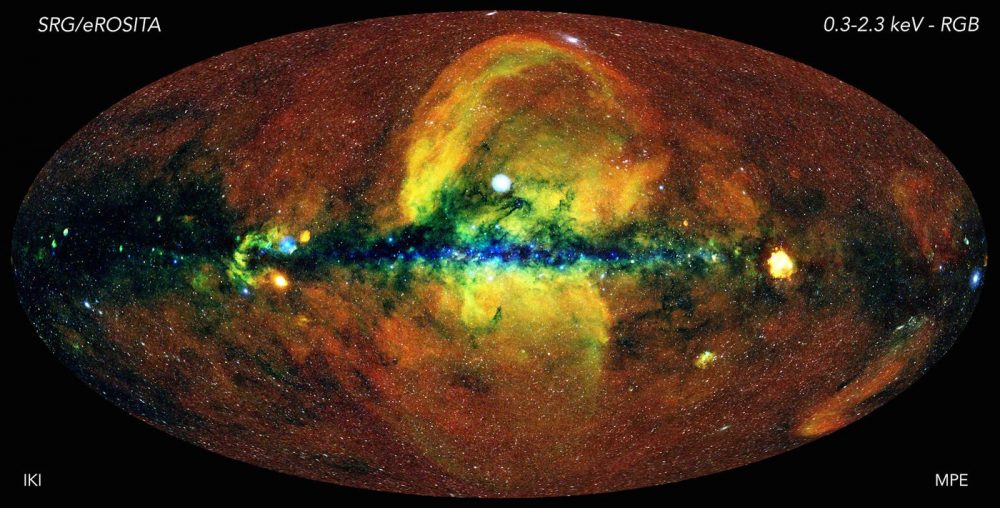 This is an unprecedented new, sharp view of the hot and energetic universe.

Astronomers have published a hot new map of the energetic universe featuring over 1 million objects. The map was made possible thanks to eROSITA’s observations of the sky over the course of 182 days.

Over the course of 182 days, the eROSITA X-ray telescope has completed its first complete scan of the sky, a journey it embarked on about a year ago. This new map of the hot and energetic universe contains over a million objects, roughly doubling the number of known X-ray sources discovered during the 60-year history of X-ray astronomy.

Most of the sources are active galactic nuclei at cosmological distances, which mark the growth of gigantic black holes throughout cosmic time.

A million X-ray sources revealing the nature of the hot universe – this is the stunning vintage from the first-ever exploration of the entire sky with the eROSITA telescope aboard the Russian space observatory SRG.

“This all-sky image completely changes the way we look at the energetic universe,” explained Peter Predehl, the Principal Investigator of eROSITA at the Max Planck Institute for Extraterrestrial Physics (MPE).

“We see such a wealth of detail – the beauty of the images is really stunning.”

This first full image of the eROSITA sky is approximately four times as deep as the previous ROSAT telescope survey of the entire sky 30 years ago and has produced about ten times more sources – about as many as have been discovered by all past X-ray telescopes combined.

Although most classes of astronomical objects are emitted in X-rays, the hot and energetic universe looks quite different from that seen by radio or optical telescopes.

Looking outside the body of our galaxy, most of the sources of eROSITA are active galactic nuclei, which accumulate supermassive black holes at cosmological distances, interspersed with clusters of galaxies, which appear as X-ray halos that shine thanks to the hot gas confined by its huge concentrations of dark matter.

The image of the entire sky reveals in exquisite detail the structure of the hot gas in the Milky Way and the circum-galactic medium, which surrounds it, whose properties are key to understanding the history of the formation of our galaxy.

The eROSITA X-ray map also reveals stars with strong magnetically active hot coronas, binary X-ray stars containing neutron stars, black holes or white dwarfs, and spectacular remnants of supernovae in our galaxies and other nearby galaxies, such as the Magellanic Clouds.

“We were all eagerly awaiting the first all-sky map from eROSITA,” says Mara Salvato, the scientist at MPE who leads the effort to combine eROSITA observations with other telescopes across the electromagnetic spectrum.

“Large sky areas have already been covered at many other wavelengths, and now we have the X-ray data to match. We need these other surveys to identify the X-ray sources and understand their nature.”

“We need to alert ground-based telescopes immediately to understand what’s producing them.”

Assembling the image has been a gigantic task. So far, the group of astronomers has received and processed around 165 GB of data collected by eROSITA’s seven cameras.

Although relatively small by “big data” standards in the field, operating this complex instrument in space presented its own special challenges.

While astronomers are now busy analyzing this first map of the entire sky and using the images and catalogs to deepen our understanding of cosmology and high-energy astrophysical processes, the telescope continues its X-ray scan of the sky. 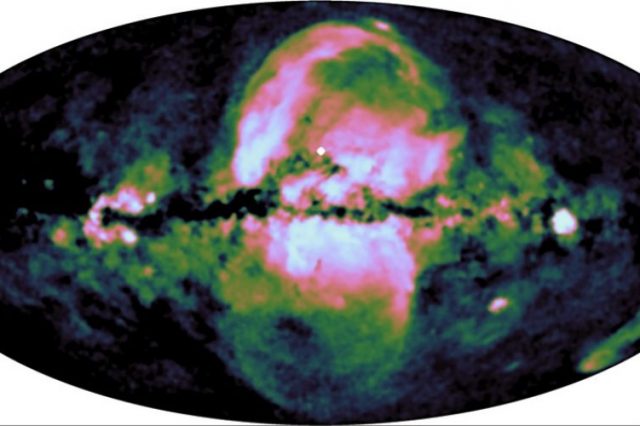