There is water on the Moon. And it is big news for future lunar missions and outposts.

The ancient Mare basalt Oceanus Procellarum, which translates into “Ocean of Storms” on the Moon, may provide evidence of the source of lunar water.

With on-board spectral analysis, China’s Chang’e 5 lunar lander confirmed for the first time, in real-time, that water signals were embedded in basalt rocks and soil in 2020. Laboratory tests on samples collected by the lander in 2021 validated the discovery. Chang’e 5 mission scientists have now identified where the water originated.

“For the first time in the world, the results of laboratory analysis of lunar return samples and spectral data from in-situ lunar surface surveys were used jointly to examine the presence, form, and amount of ‘water’ in lunar samples,” explained co-corresponding author Li Chunlai from the National Astronomical Observatories of the Chinese Academy of Sciences (NAOC).

It’s important to point out that Chang’e 5 did not observe lunar rivers or springs but rather the lander found 30 to 40 parts per million hydroxyls in rocks and soil.

In addition to being the main ingredient of water, atoms of oxygen and hydrogen are also the most common product of water molecules reacting with other substances. In other words, hydroxyl is the ultimate evidence for water on the lunar surface.

The lander collected the samples during the hottest part of the Moon’s day, near 200 degrees Fahrenheit, when the surface of the Moon was driest. Low solar winds coincide with the timing, which can contribute to hydration if they are powerful enough.

The researchers asked where the hydration signals came from in such dehydrated conditions?

After being discovered by the lander’s onboard lunar mineral spectrometer in 11 samples of rock and soil and subsequently confirmed by six additional multipart laboratory analyses on eight more samples, hydroxyl has been determined to have originated from two different sources.

Some of it was found in glassy material made by solar winds that interfered with the lunar surface, just as it was found in Apollo 11 samples collected in 1971 and tested in the early 2000s. The Chang’e 5 sample, however, contained a fraction of the hydroxyl-containing glass in the Apollo sample generated by the solar wind.

The hydroxyl content at the Chang’e 5 landing site suggests that the solar wind still contributed, albeit weakly. The Chang’e 5 samples contained a great deal of hydroxyl in apatite, a naturally occurring crystalline mineral, rich in phosphates.

“This excess hydroxyl is indigenous, demonstrating the presence of lunar-originated internal water in the Chang’e 5 lunar samples, and that water played an important role in the formation and crystallization of the late lunar basaltic magma,” Li revealed, referring to the composition of Chang’e 5 landing site in the mare basalt of Oceanus Procellarum.

“By investigating lunar water and its source, we are learning more about the formation and evolution of not just the Moon itself, but also the solar system. In addition, lunar water is expected to provide support for future human lunar in-situ resources.”

Next, the Chinese plan to explore the Moon with Chang’e 6 and Chang’e 7. Using remote sensing, on-site detection, and laboratory analysis, Li said researchers will continue to study lunar water to learn more about its source, distribution, and temporal variation.

China’s lunar exploration program is being carried out in four phases, each of which involves incremental technological advancement: the first is reaching lunar orbit, which was completed in 2007 by Chang’e 1 and in 2010 by Chang’e 2. The second step is landing and roving on the Moon, as Chang’e 4 did in 2019 and Chang’e 3 in 2013.

The third is the collection and return of lunar samples to Earth, which were completed by Chang’e 5 in 2020 and planned for Chang’e 6. The Chang’e 6 mission will be China’s second sample return mission to the Moon and is planned for launch in 2024.

During the fourth phase, a robot research station will be established near the Moon’s south pole. A crewed lunar landing is expected to occur in the 2030s, as well as a possible outpost near the south pole of the Moon.

The researchers published the results of their study in the journal Nature Communications. 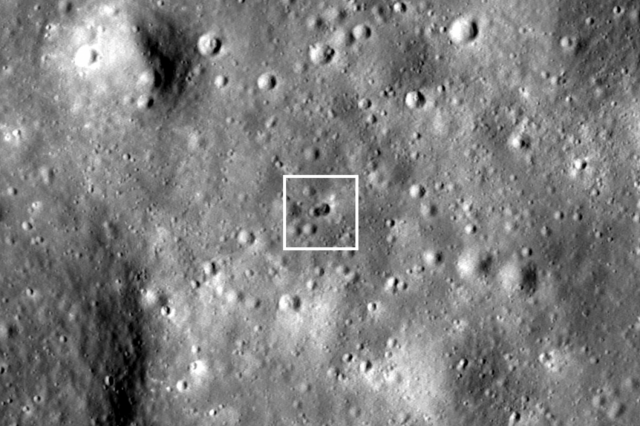