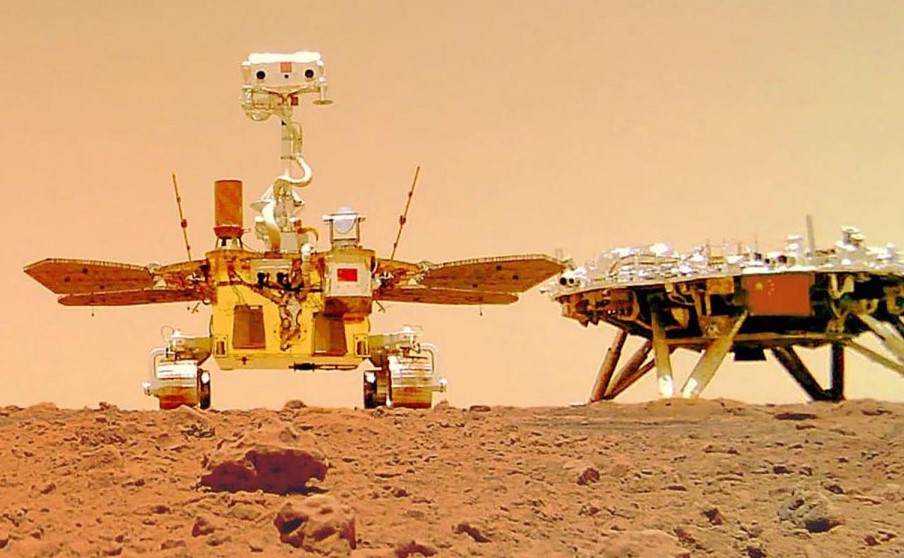 China published two new videos obtained by the cameras of the Zhurong rover on Mars!

The China National Space Administration has published a video of the Zhurong rover landing on Mars, as well as its movement on the planet’s surface. In addition, experts posted a recording of the sounds accompanying the rover’s exit from the landing platform, similar to the recordings shared by NASA when the Perseverance rover landed on the Red Planet.

The Zhurong was sent to Mars as part of the Tianwen 1 mission and has been operating in the Utopia Plain since May this year. The initial mission of the mission was to test the technology of landing robotic vehicles on Mars, as well as to demonstrate the functionality of the rover and landing platform on the Red Planet.

Once completed, the rover began a scientific program that includes the study of climatic conditions, the surface of Mars, and its subsurface layer. The mission was developed on the basis of technologies used to create the Chang’e lunar stations. The rover is equipped with six scientific instruments, is able to independently navigate the terrain, and must work on Mars for at least 92 Earth days.

To date, Zhurong has traveled 236 meters across the planet and has already sent the first scientific data. On June 27, 2021, CNSA released a number of new rover images as well as two videos. The first demonstrates the footage obtained by cameras during the descent of the landing platform in the atmosphere of Mars, they captured the moments of the opening of the parachute, the separation of the parachute and the rear screen, as well as the landing itself.

The second video shows the rover’s exit from the landing platform and its maneuvers during the installation of a detachable camera on the surface of Mars for selfies. During the congress of the rover, its meteorological system recorded the sounds arising from the movement of the vehicle’s wheels along the platform rails and the ground.

Full-scale sound recording on Mars is currently being done by NASA’s Perseverance rover, which previously recorded wind noise, laser clicking on rocks, the rustle of its wheels, and drone propellers. Obviously, China’s results are incomparable to NASA’s efforts but it is still another historical success for the China National Space Administration.

Nevertheless, it took more than a month for us to see the first videos and sound recordings from the Zhurong rover on Mars. If you missed our previous articles on the mission, I will remind you now that the Chinese mission did have initial problems with data transmission.

The problem is that China has only a single orbiter around the Red Planet and it took time before experts adjusted its position in order to transmit data to Earth.

Next up is the apparent secrecy that shrouds all Chinese missions. They never broadcast their landings and it often takes days before the world sees any footage. I’d say we are fortunate to have even the dozen images that have already been shared with the public. And I definitely was not expecting these new videos. With this said, let’s end on a high note with a breathtaking panorama from the Zhurong rover. 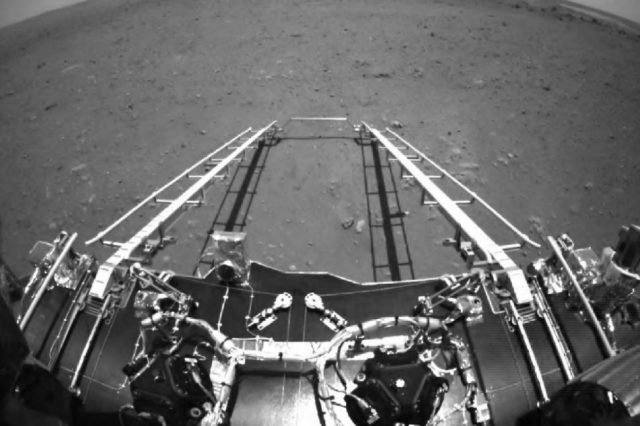 China Lands on Mars—Here Are The First Surface Images