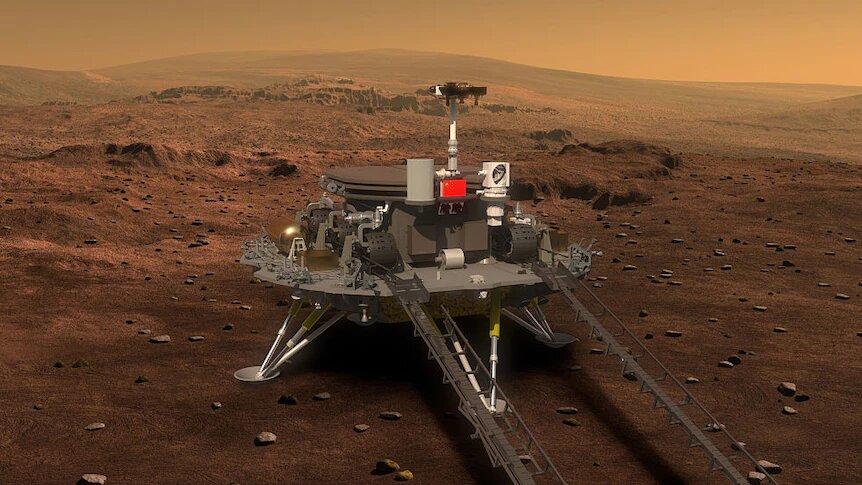 China may become the second country to perform a successful soft landing on Mars.

The fateful moment for the Chinese mission Tianwen-1, which arrived in orbit around Mars in February, is approaching! As long as everything goes well, the lander and the Zhurong rover will make a soft landing on the Red Planet tomorrow evening, May 14th.

Of course, success is not guaranteed. Landing on Mars is extremely difficult due to the thin atmosphere of the planet. It is far easier to land on planets with dense atmospheres such as Earth and Venus when a parachute system is more than enough for success.

Landings on the Moon, which doesn’t have a significant atmospheric layer, are made with rocket engines with breaks. When it comes to the Red Planet, landers use complicated systems that also include a parachute, airbags, and more.

And it’s all happening too fast – NASA engineers use the term “the seven minutes of terror.” During these 7 minutes, all systems must work perfectly because a single malfunction will result in a crash.

So far, only the United States has made successful soft landings on Mars. That is when the rover or lander began operations after it landed. I remind readers that in the early 1970s, the Soviet Mars 3 landed on the planet, but emitted radio signals for less than 20 seconds. NASA has made nine landings, the last of which was in February – of the rover “Perseverance”.

NASA’s continued success is misleading people into thinking that the worst is behind us and that humanity will no longer have difficulty landing on Mars. But for now, anyone else who has tried to land on the planet has failed.

In 2003, the British Beagle 2 landed after the separation of the parent ship “Mars Express”, but it never responded when the time for landing came. Then in 2016, the European Schiaparelli crashed, although it sent some scientific data from the Martian atmosphere.

The Chinese have never tried to land on Mars. Yet, they have already sent people into space, and in the last few years, several Chinese missions have performed soft landings on our natural satellite.

The Tianwen-1 mission is based on previous successful two attempts – the parachute is derived from the Shenzhou program, and the retro rockets are derived from the Chang’e lunar landing crafts.

To ensure success, the Zhurong rover will descend into the Utopia Planitia, the same place where the American Viking 2 mission operated in the 1970s. This shows how keen the Chinese are on success.

The Chinese space program has traditionally copied the early successes of the United States and the Soviet Union. The manned ships “Shenzhou” are a copy of the Russian “Soyuz” and the descending lunar missions repeat the American program “Apollo”. Also, and the core cabin module Tianhe, launched at the end of April resembles the Soviet “Mir”.

As you can see from the featured image above, China’s  Zhurong rover is now using the designs of the older US rovers. The design is not based on the modern Curiosity or Perseverance but on those of the older generation – “Spirit” and “Opportunity”.

We look forward to the landing tomorrow which will mark the biggest success of the China National Space Administration to date. Yes, NASA and the United States will remain the leader in the study of the Red Planet for the foreseeable future. But that’s not the point – the Martian surface has been studied for too long by a single state. It’s time for other countries to join. 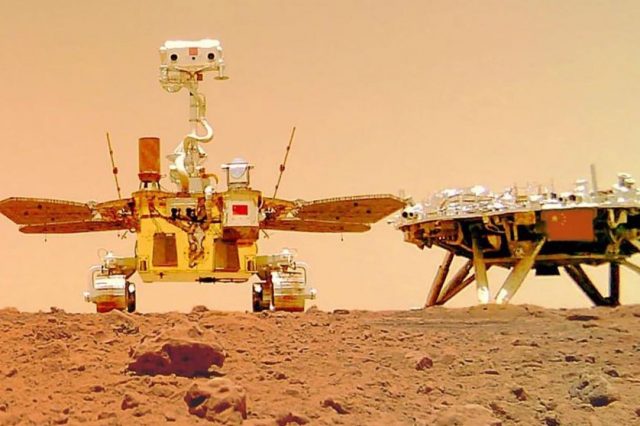 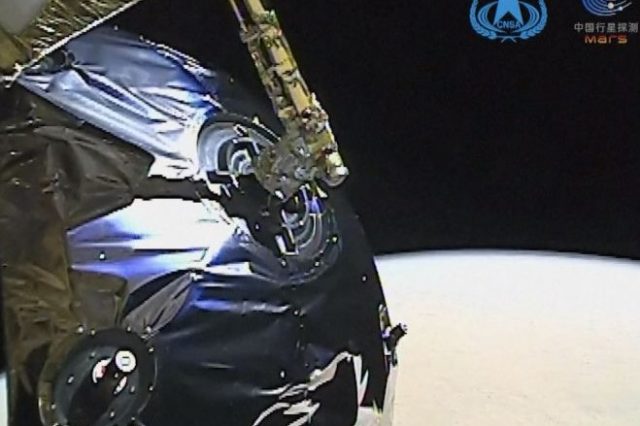