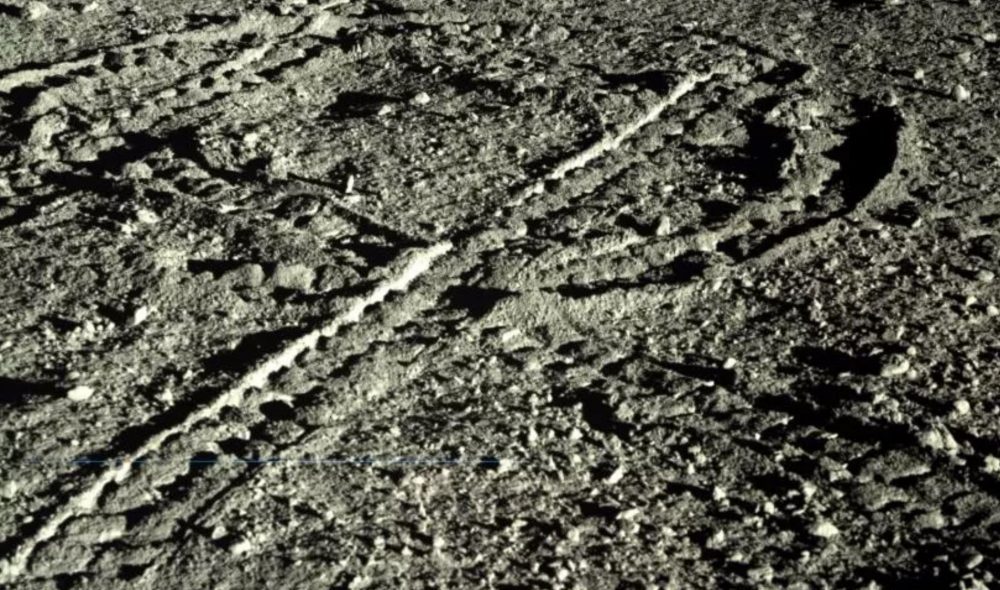 Chinese researchers have published the country's lunar rover travelogue of its first two years of service on the lunar far side and have revealed, among other discoveries, a strange "sticky" material on the Moon's Far Side, as well as strange elongated rocks.

Although the Moon is the closest cosmic body to our planet in the solar system–one which we can “easily” visit–we are far from fully exploring it.

Nevertheless, throughout the years, various human-crewed (Apollo) and robotic missions have landed on the lunar surface and advanced our understanding of how the Moon formed, what it is currently like, and what it was in the distant past when it formed.

Regardless, human ingenuity knows no bounds.

The Chinese Space Agency managed to successfully land the Chang’e 4 mission on the far side of the Moon–specifically on the Von Karman crater–on Jan. 3, 2019.

The lander and rover have already worked for three years surviving their initial three-month designed lifetime.

During the 36 months operating on the lunar surface, the Chang’e mission has helped us better understand the Moon’s formation as well as its history. But the mission has also better documented the surface of the far side of the Moon, taking a plethora of photographs of the lunar landscape and making various essential discoveries.

Chinese News Agency Xinhua reported that the country’s scientists published the Chang’e 4’s lunar rover travelog of its first two years of service. The travelog illustrates the unique and untraveled moonscape on the lunar far side, exposing its noteworthy distinctions with the near side with in-situ evidence.

Details of the two-year travelog have been detailed in a study published in the peer-reviewed journal Science Robotics. The peer-reviewed research detailed various important discoveries on the lunar far side, including cloddy soil, gel-like rocks, and fresh small craters inside the Von Karman Crater in the South Pole-Aitken Basin.

Among the more interesting discoveries, however, is a curious “sticky” material on the lunar far side.

Researchers from the Harbin Institute of Technology and the Beijing Aerospace Control Center have analyzed data and images collected by Yutu-2, offering detailed geological knowledge at the landing site that can help deepen understanding of the formation and evolution of the Moon reports Xinhua.

It has been a bumpy trip for Yutu-2

During its lunar journey, the Chinese lunar far side travelog revealed that Yutu-2 slipped and skidded while driving on the surface. This is indicative that the terrain it landed on is dotted with gentle local slopes, though relatively flat on a large scale.

The rover is a six-wheeled all-terrain robot equipped with four steering motors. This makes the miniature device capable of climbing 20-degree slopes and overcoming obstacles up to 20 centimeters high.

The study published in Science Robotics reveals that during the rover’s journey to a shared study site with the Chang’e-4 probe, its lug-reinforced wheels sometimes sank slightly into the ground.

The study also reveals that researchers used the rover’s wheel as a trenching device allowing to estimate lunar soil properties.

They found that the supporting property of the regolith is similar to that of dry sand and sandy loam on Earth, more robust than typical lunar soil from the Apollo missions.

Researchers also estimated, based on the earthy soil observed at Yutu-2’s wheels, that the soil there is stickier than the landing site of its predecessor, Chang’e-3, which landed softly in Rainbow Bay (Sinus Iridum) on the near side of the Moon in December 2013, according to the study.

The researchers attributed the increased soil cohesion to the higher ratio of agglutinates in the regolith, making soil particles more likely to hold together when ground by wheels.

Since the soil has adhered to the rover’s wheel lugs rather than its mesh surface, they suggested that the lug surface be coated with a unique non-stick material on future missions to improve its traction ability.

On its eighth lunar day, Yutu-2 ventured out to explore a two-meter crater and detected an unexpected gel-like material at the base of the crater.

According to the study, the shimmering, dark greenish material is likely to be impact-melted rock or impact-generated glass-coated breccia, a type of rock composed of sharp fragments embedded in a fine-grained matrix.

Yutu-2 then stopped rather than drive down along the steep crater wall, fearing that the decrease in traction from the wheels might not be strong enough to drive the rover back, the researchers said.

Despite this, on its first 25 lunar days, the rover’s cameras captured images of a wide variety of craters, according to the study.

The findings revealed that the ejecta craters were observed to have thick walls and bottoms, with debris evenly or unevenly distributed.

The researchers said that these ejecta craters are not primary but secondary ones that were formed by a larger crater located to the west of the landing site, as they all faced northwest in line with the horizontal component of the impact force. 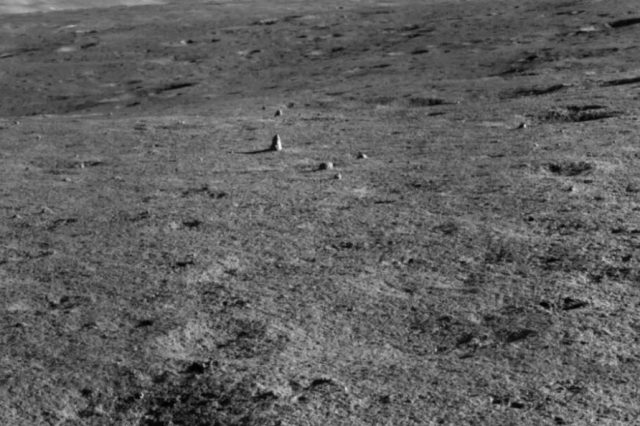