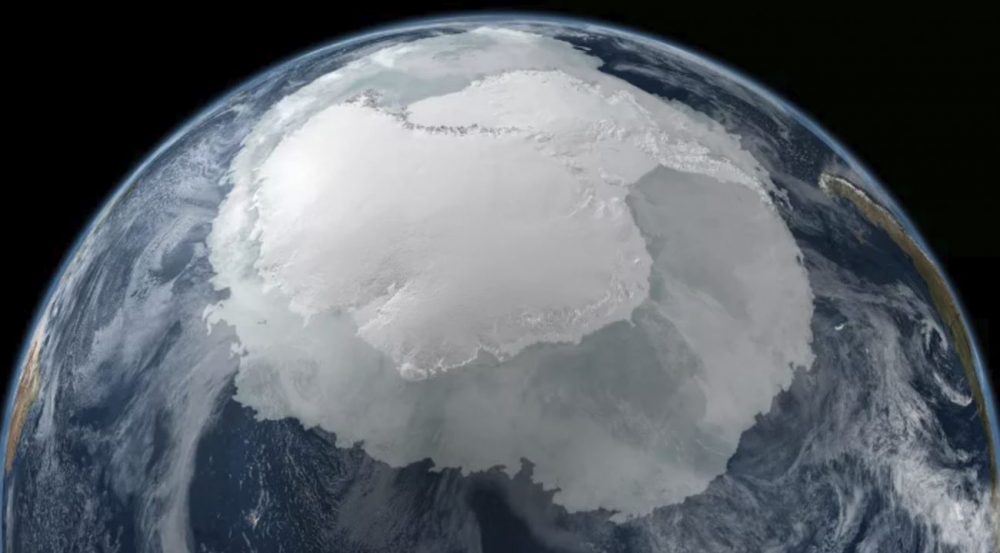 A study by experts from NASA's Jet Propulsion Laboratory (JPL) in Pasadena (United States) calculates that during the 20th century, Earth's rotation axis has shifted by 10 centimeters per year; that is, about 10 meters in 100 years.

A new study has revealed that the loss of ice caused by climate change is one of the three causes of the alteration of the planetary rotation.

To better understand this, we can take a look at a tabletop globe–which is designed to be a perfect geometric sphere and rotates equally perfectly on an axis or imaginary line that joins the north pole and the south pole.

However, the real thing is far from perfect.

In fact, going into detail, our planet is a less geometrically perfect sphere and, in addition, its rotation oscillates slightly periodically due to causes that have been studied for decades.

One of the most studied phenomena is the so-called polar displacement that the poles experience as a consequence of tiny deviations in the axis of terrestrial rotation.

Now, a study by experts from NASA’s Jet Propulsion Laboratory (JPL) in Pasadena (United States) calculates that during the 20th century, Earth’s rotation axis has shifted by 10 centimeters per year; that is, about 10 meters in 100 years.

Experts note that in general, the redistribution of mass on and within the Earth, such as changes in the earth, ice sheets, oceans and the flow of the mantle, affects the rotation of the planet.

As temperatures increased throughout the 20th century, the Greenland ice mass decreased.

The authors of this research, published in the magazine Earth and Planetary Science Letters emphasize that among the causes of this alteration are the loss of mass of ice in polar areas (mainly in Greenland), the glacial rebound and the convection of the mantle.

According to NASA, “a total of about 7,500 gigatons — the weight of more than 20 million Empire State Buildings — of Greenland’s ice melted into the ocean during this time period. This means that Greenland is one of the top contributors of mass being transferred into Earth’s oceans, eventually causing sea level to rise and, consequently, producing a drift in Earth’s spin axis.”

“There is a geometrical effect that if you have a mass that is 45 degrees from the North Pole — which Greenland is — or from the South Pole (like Patagonian glaciers), it will have a bigger impact on shifting Earth’s spin axis than a mass that is right near the Pole,” said coauthor Eric Ivins, also of JPL.