The 1,100-pound emergency robot made its way into the blazing fire and helped save Notre Dame from burning to the ground as it battled the fire. Eventually, the superhero robot helped save the historic Cathedral with 400 brave firefighters.

The device, a remotely-operated drone was equipped with hoses and cameras. It made its way into the cathedral and helped firefighters battle the fire from within, saving the structure of the cathedral just as the roof of the building collapsed.

Colossus is a revolutionary firefighting drone which is fire- resistant, waterproof and able to carry up to 1,200 pounds of material.

The drone helped stop the fire before it completely destroyed the structure and reduced the need for human firefighters to enter the cathedral, where they would be in danger not only from extreme temperatures but from potentially debris falling from the roof.

When Colossus rolled into the Cathedral, the structure was between 15 to 30 minutes away from burning completely down.

The firefighting robot is a revolutionary drone developed and manufactured by French company Shark Robotics.

IT boasts several extremely useful features that were used by firefighters inside the burning Notre Dame Cathedral.

In addition to being able to put down fires with its different capabilities, the robot is also capable to transport material or injured people. It can also venture out into dangerous places and survey areas using its HD cameras which function during day and night.

The robot is also very agile as Shark Robotics has proven Colossus can climb up states and move around in different platforms.

The use of robots has become very popular in recent times to help put out fires. However, Colossus is just one of the many devices that have been used by firefighters in recent years.

Considered one of the finest examples of French Gothic architecture, the cathedral’s construction began in 1160, under Bishop Maurice de Sully.

One hundred years later, in 1260, the cathedral was completed. The chronicler Jean de Saint-Victor recorded in the ‘Memoriale Historiarum’ that the construction of the Cathedral began between 24 March and 25 April 1163 with the laying of the cornerstone in the presence of King Louis VII and Pope Alexander III. 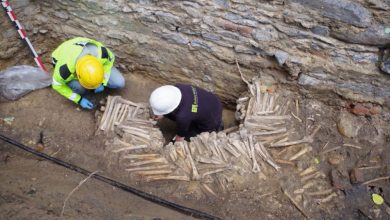 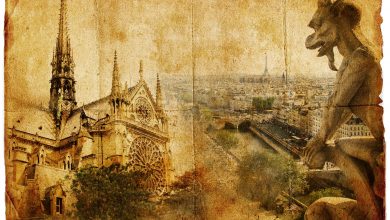 Notre Dame: Writers and the Shock of Destruction Through History