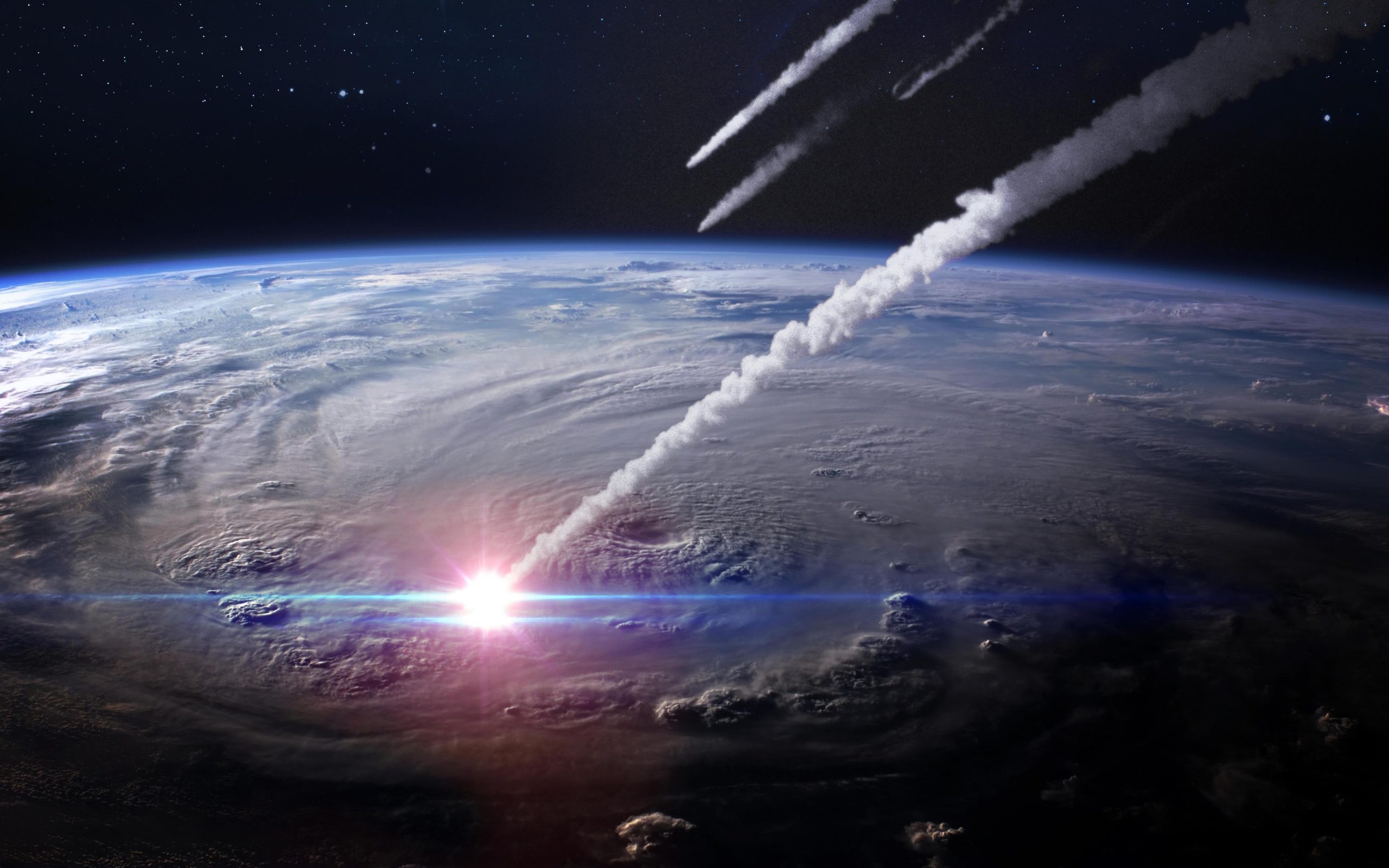 Approximately 1,500 years ago, a comet exploded over Northern America causing great destruction in a vast region covering three states in which many settlements belonging to the Ohio Hopewell culture existed. The Hopewell are part of a distinctive Native American culture found throughout much of the eastern United States.

Some 1,500 years ago, a comet crossing into the inner solar system got too close for comfort to our planet. Eventually, the massive space rock disintegrated, birthing many smaller pieces of rock. Some of the cometary fragments weren’t just small meteorites, however.

Many of the objects that resulted from the explosion of the comet were larger.

They made their way towards Earth, and while many burned up in the atmosphere upon entry, some of them were more resistant.

Some of them exploded in mid-air.

One larger cometary fragment is believed to have exploded some 1,500 years ago above Northern America, destroying forests and ancient cities above where it disintegrated.

This is according to researchers from the University of Cincinnati. They have found conclusive evidence of a cosmic airburst at a total of eleven Hopewell archaeological sites in three states stretching across the Ohio River Valley.

A comet that exploded above America

According to research by experts from UC, the comet that exploded above Northern America caused great destruction in a vast region covering three states. Many settlements belonging to the Ohio Hopewell existed, part of a distinctive Native American culture found throughout much of the eastern United States.

The comet’s passage through the atmosphere produced a plethora of debris in our planet’s atmosphere, creating a fiery explosion above where the space rock made its glancing pass.

To better understand what was in front of them, UC archaeologists employed radiocarbon and typological dating to define the age of the cataclysmic event.

The mid-air burst produced by the disintegrating comet impacted an area larger than New Jersey, setting fires to approximately 15,000 square kilometers sometime between AD 252 and AD 383.

Interestingly, according to researchers, the events that destroyed many settlements of the Hopewell coincide with a time when over sixty near-Earth comets were observed and recorded by Chinese astronomers, witnessed by Native Americans, as revealed by verbal histories and folklore.

But what did researchers find that led them towards this conclusion?

Meteorites and evidence of fires

UC archaeologists studied Hopewell sites and found an unusually high concentration and diversity of meteorites compared to other time periods.

The meteorite fragments were determined from the telltale concentrations of iridium and platinum they possessed. Experts also discovered a layer of charcoal that suggests the area was exposed to fire and extreme heat in the distant past.

“These micrometeorites have a chemical fingerprint. Cosmic events like asteroids and comet airbursts leave behind high quantities of a rare element known as platinum,” revealed UC professor Kenneth Tankersley.

“The problem is platinum also occurs in volcanic eruptions. So we also look for another rare element found in nonterrestrial events, such as meteorite impact craters — iridium. And we found a spike in both iridium and platinum.”

Like many other ancient cultures, the Hopewell recorded what they experienced the best way they could.

The Hopewell people gathered the meteorite fragments and forged metal from them into flat sheets used in jewelry and musical instruments called panpipes.

However, as noted by researchers, beyond the physical evidence, there are cultural clues left in Hopewell’s oral histories.

The ancients built a kite-shaped mound near the epicenter of the airburst at a Hopewell site called Milford Earthworks. Various Algonquian and Iroquois tribes, descendants of the Hopewell, spoke of a catastrophe that befell the Earth in ancient times. This catastrophe is believed to have been the explosion of the comet.

“The Shawnee refer to a ‘sky panther’ that had the power to tear down forests. The Ottawa talk of a day when the sun fell from the sky. And when a comet hits the thermosphere, it would have exploded like a nuclear bomb,” the researchers explain.

The study was published in the journal Nature Scientific Reports.

Comet Impacts and the rise and fall of civilization

However, even before the Hopewell culture experienced the wrath of the cosmos, tens of thousands of years of ancient civilizations survived similar events.

Around 13,000 years ago, humankind’s behavior changed.

According to researchers, hunter-gatherer societies began changing their lifestyles abruptly. Permanent settlements were built, and cultures began to form, focusing their efforts on farming.

Some of the oldest known megalithic structures were built precisely around this period, approximately 13,000 years ago.

While such cataclysmic events can bring an end to civilizations, these events can also kick-start the rise of culture.

Archeological excavations carried out across the planet have yielded conclusive evidence of drastic changes in the environment.

As revealed in previous articles published on Curiomsos, these changes are believed to have occurred around 10 800 BC.

Around 10,800 BC, researchers believe that a stream of debris from an exploding comet–perhaps a much larger one than the one that laid destruction upon the Hopewell culture–struck the planet causing wide-scale global destruction.

“Scientists write that the impact of the comet likely wiped out many species of large animals and marked the beginning of a small ice age that lasted just over 1000 years.”

Such cosmic events have played an essential role in the history of civilization, as evidenced by many discoveries made by researchers across the planet in the last few decades.