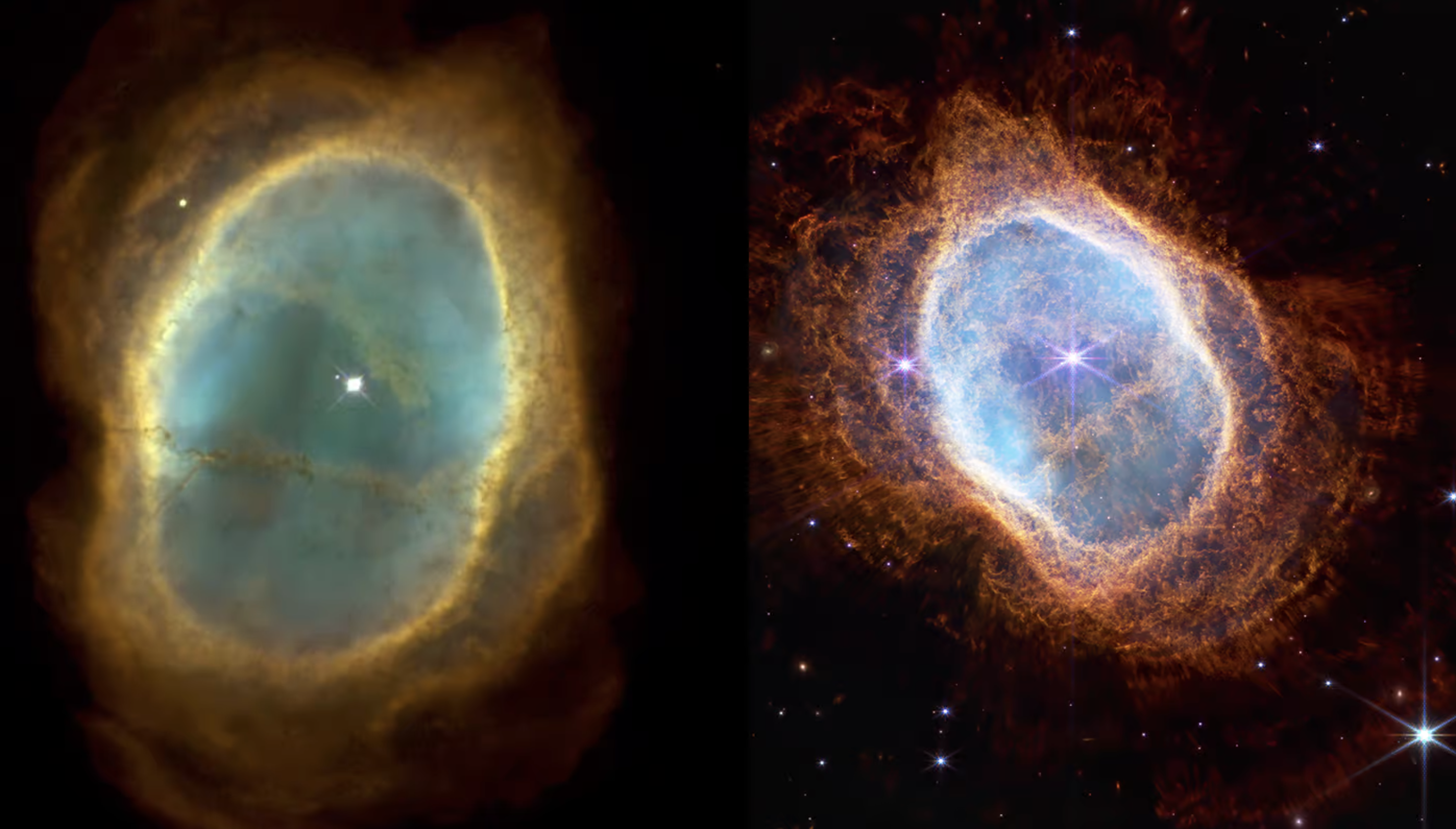 With the James Webb Space Telescope, we will be able to see the cosmos in a way we haven't seen before.

With the James Webb Space Telescope, we will be able to see the cosmos in a way we haven’t seen before.

Not only will we be able to see more stars, get to know new galaxies, and gather previously unreachable data on exoplanets, but the James Webb Space Telescope will also offer us an unprecedented view of the cosmos.

As soon as the James Webb Space Telescope’s first image was released on July 11, 2022, it revolutionized astronomy. Views of the same cosmic targets taken by Hubble Space Telescope and Webb show just how far we’ve come. Technology has truly advanced, and we cannot wait to see what future telescopes will reveal.

From Hubble To Webb

After Hubble launched over three decades ago, Webb represents the technology advancements that have occurred since then. But the James Webb Telescope isn’t there to dethrone Hubble. On the contrary.

Webb complements the incredible work Hubble has done for over thirty years, allowing us to see the universe with new eyes.

Webb has been specifically designated as Hubble’s successor and not a replacement by NASA. Over 30 years have passed since the Hubble Space Telescope was launched in 1990, and it has been operating in space under very challenging conditions, undergoing various reparations along the way. And while Hubble is truly a rock star of astronomy, it has its limitations.

The Hubble telescope primarily sees optical (visible) and ultraviolet wavelengths, whereas Webb sees infrared wavelengths. With the help of infrared, Webb can peer through dusty regions of space that Hubble cannot access, revealing previously “invisible” regions in space and millions of stars that were previously hidden in front of our noses.

Webb’s mirror is also much bigger than Hubble’s; in this case, bigger is better, as it allows Webb to gather more light, peering deeper into the cosmos.

“This larger light collecting area means that Webb can peer farther back into time than Hubble is capable of doing,” said NASA.

The XDF was Hubble’s name for the deepest view of space we’d ever seen, delivered a decade before Webb’s first images. Essentially, it was a re-imaging of the telescope’s older Ultra Deep Field image. About 5,000 galaxies were shown in the XDF, some dating back 13.2 billion years.

NASA and the European Space Agency have released a series of Hubble Deep Field images over the years.

July 11, 2022, marked the arrival of Webb’s first major image. Our universe has never been seen in such detail in infrared. SMAC 0723 is the area’s name in the view and contains a huge cluster of galaxies. Stars are the pointed objects, while galaxies are everything else. There are SOO many galaxies in that image.

Just as with bubble in 2012, this too was a Deep Field view, but this time by Webb. Essentially, Webb was able to “look back in time” and show us what SMAC 0723 looked like around 4.6 billion years ago.

“Webb’s image covers a patch of sky approximately the size of a grain of sand held at arm’s length by someone on the ground — and reveals thousands of galaxies in a tiny sliver of the vast universe,” said NASA.

The Hubble Space Telescope released this image of the northwest corner of the Carina Nebula in 2008. There is a region of the nebula nicknamed the Cosmic Cliffs. The image released by Hubble was breathtaking, but it is incomparable in terms of clearness to the photograph released by Webb. Webb’s instruments help us see previously invisible areas where stars are birthed.

This mounding mass of star birth in the Carina Nebula is one of the most striking images taken by the James Webb Space Telescope, and it is a breathtaking view that is hard to describe using words.

“The blistering, ultraviolet radiation from the young stars is sculpting the nebula’s wall by slowly eroding it away. Dramatic pillars tower above the glowing wall of gas, resisting this radiation,” said ESA.

By viewing it through a telescope, the Southern Ring Nebula appears to form a figure eight shape. An image of the nebula taken by Hubble in 1998 shows diffuse blue, yellow, and reddish hues, and it almost looks like a painting, a cosmic painting if you will.

In line with expectations, Webb’s view of the Southern Ring Nebula revealed new information about it.

“The dimmer star at the center of this scene has been sending out rings of gas and dust for thousands of years in all directions, and NASA’s James Webb Space Telescope has revealed for the first time that this star is cloaked in dust,” said NASA.

Informally known as Hickson Compact Group 92 (HCG 92), Stephan’s Quintet consists of five galaxies, four of which interact with one another. They belong to the constellation Pegasus. One particular galaxy, the one to the left, isn’t part of the four and is actually much closer to us than the other four. It is difficult to see this from our perspective.

Hubble’s vision of the quintet taken in 2009 is surreal. However, now that Webb is on the block, it gave it a shot. And boy, did it beat all expectations. The image is pure cosmic magic. In regards to Stephan’s Quintet, it must be noted that the view produced by James Webb Space Telescope took a great deal of effort to produce. This image is a composition of 1,000 separate image files that were put together to make this single image of Stephan’s Quintet.