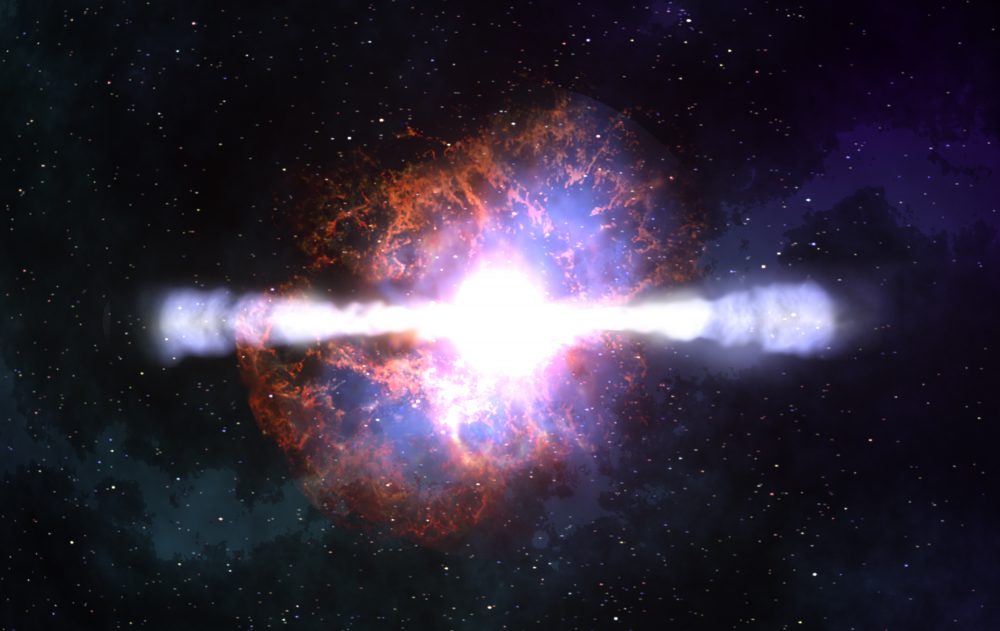 Hypernova outbursts could be the main suppliers of r-process elements in the earliest stages of galaxy formation. Astronomers came to this conclusion after studying one of the stars in the halo of the Milky Way, which, being low in metal, contains many elements produced as a result of the r-process.

Many heavy chemical elements such as gold, uranium, xenon, platinum, zinc, or cobalt are synthesized in the r-process when the atomic nucleus quickly captures neutrons. It is believed that this occurs mainly during mergers of neutron stars, which was recently reliably confirmed by observations.

However, in the models of the chemical evolution of the Galaxy, only mergers of neutron stars cannot reproduce the observed regularities in the abundance of elements in low-metallicity stars, which indicates the existence of other objects (or cataclysms) where the r-process is capable of proceeding.

Astronomers led by David Yong of the ASTRO 3D Center at the Australian National University have published the results of observations of the unusual red giant SMSS J200322.54-114203.3, which is located 7500 light-years from the Sun in the halo of the Milky Way.

It was found during a sky survey with the SkyMapper ground-based telescope and was also observed by the 2.3-meter ATT telescope at Siding Spring Observatory and the VLT complex of telescopes in Chile.

It turned out that the star is poor in elements heavier than hydrogen and helium (metals), with the ratio of iron to hydrogen three thousand times lower than that of the Sun. At the same time, SMSS 2003-1142 demonstrates the highest ratios of zinc, barium, europium, and thorium to iron. Thus, the star, with an overall low metallicity, is enriched in elements produced as a result of the r-process.

The researchers concluded that the observed elemental abundances are in good agreement with the hypernova explosion model due to magnetorotational instability. At the same time, the progenitor star was single, poor in metals, and had a mass of 25 solar masses.

Such a cataclysm can supply elements of the r-process to the interstellar medium, but also light elements generated during the life of a star, as well as elements that form in the final of its life. Subsequently, the material ejected during the explosion fell into the composition of the star SMSS 2003-1142.

Thus, hypernovae could be suppliers of r-process elements at the earliest stages of galaxy formation, when neutron stars had not yet merged, including in the Milky Way.

What is a hypernova – everything you need to know

Superbright supernovas (SLSN) are called hypernova, the luminosity of which at the moment of an outbreak exceeds the luminosity of ordinary supernovae by ten or more times. The first hypernova was discovered in 1998, and the mechanism of their formation is still not entirely clear.

Among other hypotheses, an outburst is considered as a result of interaction with circumstellar material, after the merger of binary systems from compact objects (for example, neutron stars or white dwarfs), or a scenario with instability in relation to the formation of electron-positron pairs.

Hypernovae are also interesting in that they are excellent “probes” for studying the early Universe due to their high brightness and rather slow extinction. For example, they can be used to estimate the rate of formation of stars at different redshift values. In addition, observations of outbreaks of distant hypernovas can provide additional restrictions on the physical processes that govern these events, for example, information about the metallicity of the progenitor star and the synthesis of heavy elements during the explosion.