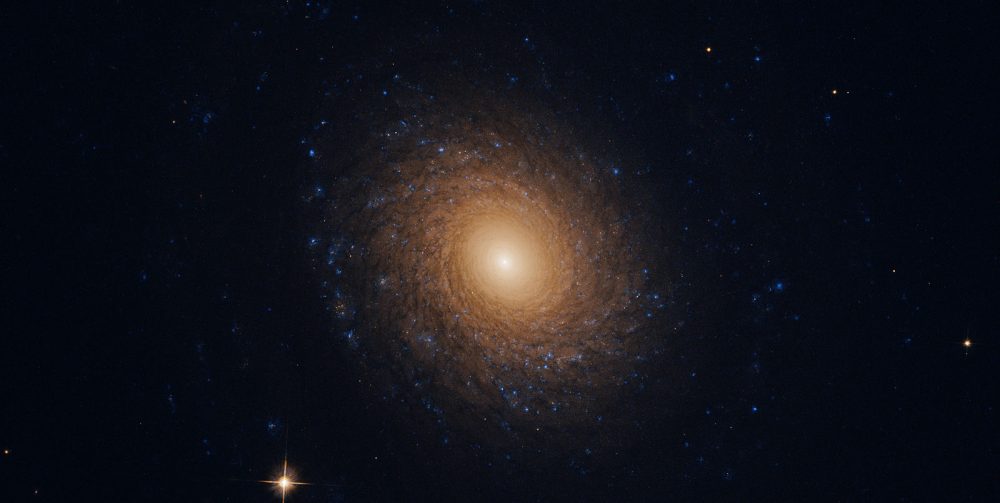 The universe speaks. Maybe not literally, but through science it does. To understand the message, we use astronomy, our gateway to understanding the secrets of the universe.

And images of the universe speak more than a million words. using the Hubble Telescope, we are able to understand a lot about the cosmos, and what’s it trying to tell us.

Now, the Hubble Space Telescope has captured an intriguing, nearly-perfect shape of a galaxy far, far away.

And breathtaking images from Hubble help appreciate its magic.

Multiple tightly wound spiral arms widen as they spin outward from the galaxy’s glittering core, fading and dissipating slowly until these majestic structures disappear into the void of intergalactic space, bringing a beautiful end to its starry splendor.

What an incredible, cosmic painting this is.

Throughout eons, spiral galaxies tend to meet with other galaxies, which often results in cosmic mergers. But that’s not something new. Seeing it first handed, thanks to images captured by the Hubble Telescope, is truly breathtaking.

However, these combined events mix the sinuous structures of the original galaxies, smoothing and rounding out their shape.

These galactic objects have their own beauty, distinct from the spiral galaxies from which they came, explains NASA in a statement.

The inner part of  NGC 2985, where active star formation has been observed, has been found to be unstable, contrary to the outer stable one.