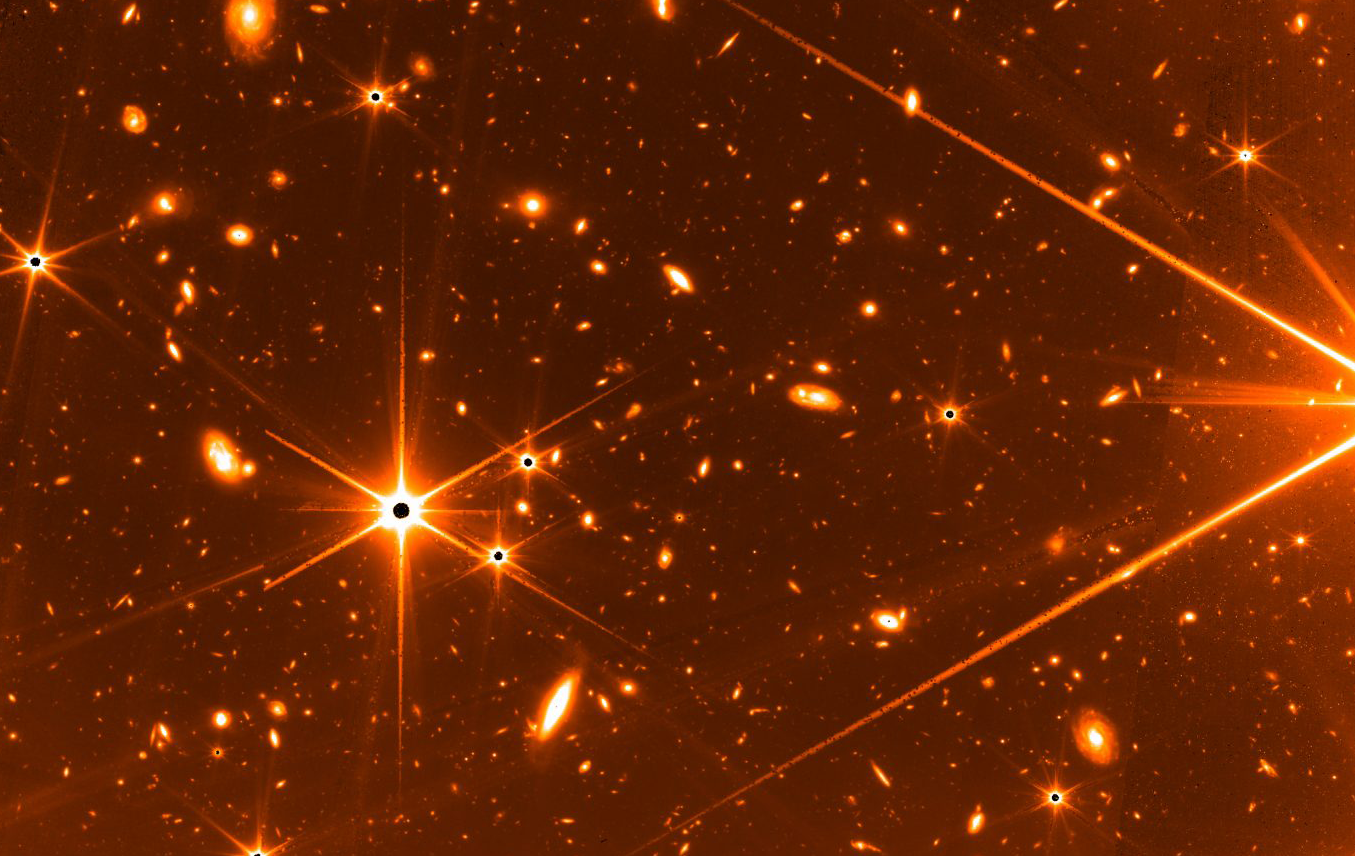 The team behind the James Webb telescope has released a new photograph -- a preview-- taken by the scientific observatory. It is --until now-- the deepest image of the cosmos. The first full-resolution image of the universe is expected to be revealed to the world on July 12, 2022.

A preview of what the observatory’s instruments will reveal on July 12 has been provided by the Fine Guidance Sensor (FGS) of the Webb Space Telescope.

Despite its capability to capture images, the primary goal of the FGS is to enable precise scientific measurements and accurate pointing imaging. The images captured by the FGS are rarely preserved, as bandwidth limitations between Earth and L2 restrict the transmission of data from up to two science instruments simultaneously.

As the team conducted a week-long stability test in May, it occurred to them that they could continue capturing images because bandwidth was available. As a result, there are some rough qualities to the resulting engineering test image.

As far as the data are concerned, they were not optimized for scientific observation; instead, they were taken to see how well the telescope could stay focused, but they do hint at its power.

Some of its features are derived from views produced by Webb during its post-launch preparations. Because Webb’s mirror segments are six-sided, the bright stars are characterized by long, sharp diffraction peaks. As a result, it is almost the entire background that consists of galaxies beyond the stars.

According to Webb scientists, the results of 72 exposures over 32 hours are among the deepest images of the universe ever captured.

Unlike other science instruments, the FGS does not use color filters when its aperture is wide open, so it cannot be used to analyze the age of galaxies in this image.

Despite this, FGS can capture stunning images even during an unplanned test.

Unlike the full resolution images to be released on July 12, this image was not created with a scientific outcome in mind. However, according to NASA Administrator Bill Nelson’s announcement on June 29, those images will include the deepest image of the universe ever captured.

As with the other Webb engineering images during commissioning, the FGS image is colored in a reddish color scheme. Additionally, these exposures were not hampered by any “dithering.” Dithering occurs when the telescope is slightly shifted between each exposure.

In JWT’s latest photograph, the centers of bright stars appear black due to saturating Webb’s detectors. However, in capturing the centers of different pixels within the camera’s detectors, the telescope’s orientation did not change with exposures.

There are also overlapping frames at the edges and corners of the image due to the different exposures.

“The faintest spots in this image are exactly the types of faint galaxies that Webb will study in his first year of science operations,” said Rigby.

Webb will ultimately reveal its first-ever view of the universe with all four of its telescope’s science instruments. Regardless, it will rely on the fine targeting sensor to assess every observation.

In the months before and after the first real science observations in June, the FGS will ensure that every Webb observation is on target. This will ensure that Webb makes groundbreaking discoveries about stars, exoplanets, galaxies, and even moving targets in our solar system.