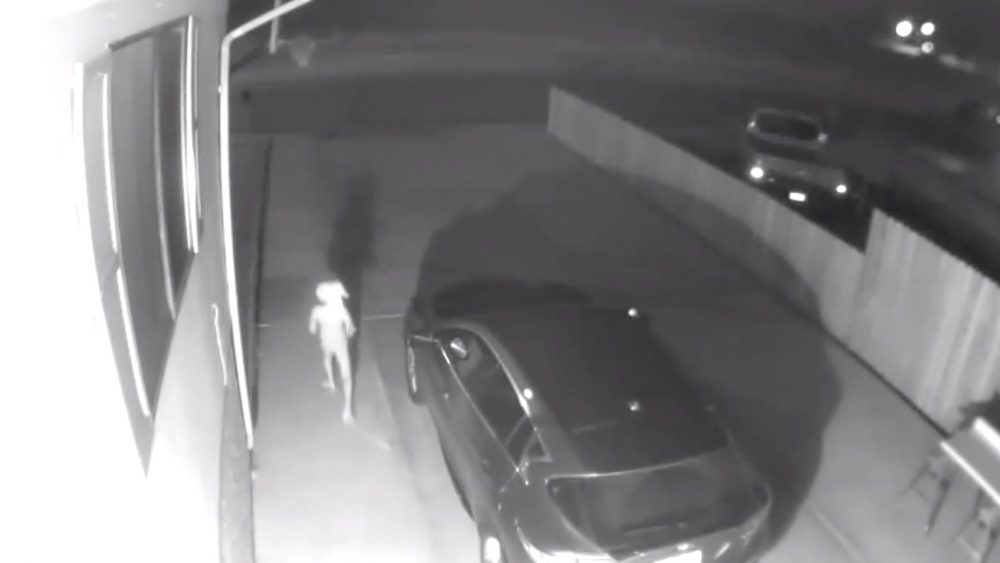 Harry Potter fans, is this Dobby the elf?

A video uploaded to the world wide web has made headlines across the world. A woman claims that the CCTV footage captured the moment a strange creature resembling Dobby the Elf from the Harry Potter film series walked past her garage at night.

The video, which has already been shared and viewed millions of times seems to be pretty legit, right?

People who have observed the video, which first popped up on Facebook, shows what seem to be two shadows appearing just before the ‘Dobby the elf’ walks into the frame.

But those two shadows are exactly why some people claim the enigmatic creature may have been a puppet of some sort, and that the larger shadow appearing at the beginning of the video may have been someone else controlling ‘Dobby’.

The presence disturbed her, so on Sunday morning, she decided to see what her cameras had recorded.

Dobby could be anywhere tonight. Turn your outside lights on, lock your doors and #DontLetDobbyIn 😱 #DobbyScaresThievesAway pic.twitter.com/Gehpwm9dOK

What the CCTV camera filmed left her, and anyone she showed the video to astonished.

A weird creature was filmed walking past her car and house.  People have pointed out that whatever it was, it eerily resembled Dobby the Elf from Harry Potter.

Dobby is a free elf! This is crazy. Where did this come from pic.twitter.com/abWRfxKaVF

To find an answer, she decided to put the video online, trying to seek help from anyone out there who could help her explain what her CCTV camera had filmed the night before.

“So I woke up Sunday morning and saw this on my camera and am trying to figure out…what the heck?? First I saw the shadow walking from my front door then I saw this thing….has anyone else seen this on their cameras?? The other two cameras didn’t pick it up for some reason,” she wrote on her Facebook post accompanied by the video.

After the video was made available online, people started throwing out theories.

Some users wrote that it may have been just a kid walking past her house at night.

a lady posted this and said she saw this on her home camera this morning. what y’all think this is ? pic.twitter.com/L98wckn6bO

Other argued that Dobby the elf is real, and it teleported to her house.

Given the UFO hysteria Earth is going through right now, some users said: “aliens have officially landed on Earth, and the CCTV camera just caught one on film.”

Not everyone was surprised by the video. In fact. there were people who criticized Vivian Gómez and accused her of editing the video and making the creature appear.

She, however, denied having edited the video and said she did not have any knowledge to do so.

But, the fact that the video uploaded to Facebook only lasts a few seconds and given the curious appearance of another shadow in the video has made some people believe the entire thing is just another joke or publicity stunt.