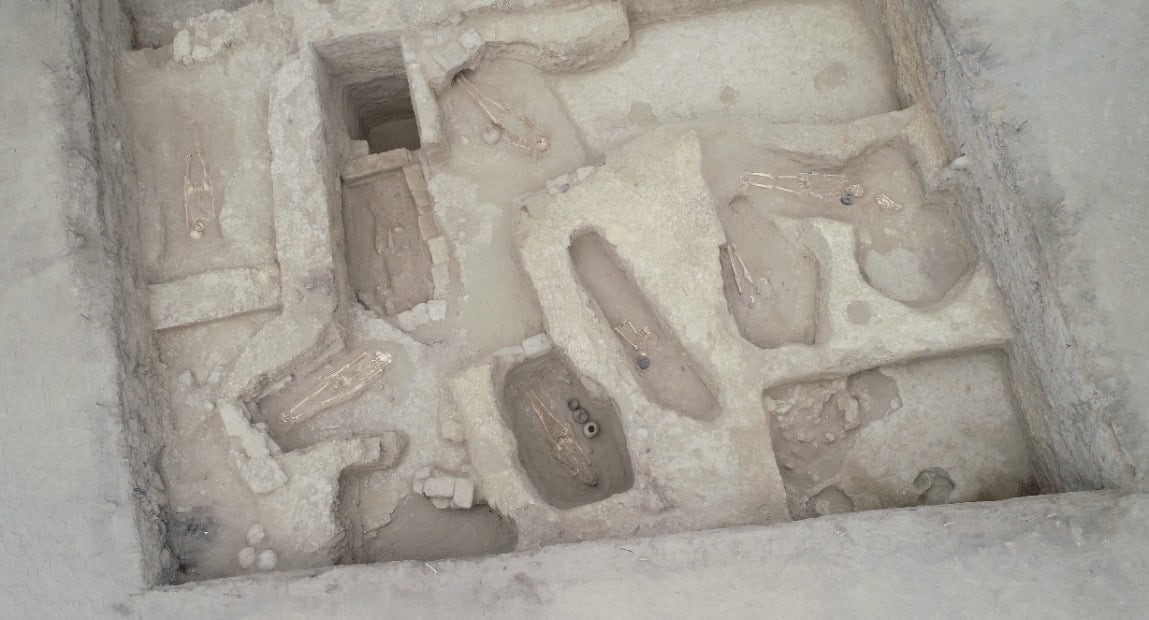 The burials are over a thousand years old and were made in the ancient ceremonial center Huaca Santa Rosa de Pucala. It is curious that the culture that erected it resided in a completely different region of Peru.

Archaeologists have discovered the remains of 29 people during excavations in the northern part of Peru. Three of them belonged to children and one to an adolescent. Absolutely all bodies, except one, have survived to this day in “excellent condition”. According to researchers, the discovery has the potential to rewrite the history of the Wari culture.

In Native American cultures, before the Europeans discovered and invaded America, people were sacrificed quite often. If we take the ancient Aztecs as an example, human sacrifices had a special place in their culture. Now, due to this interesting find in Peru, it was possible to obtain more information about those rituals that were carried out many centuries ago by different cultures.

The ceremonial center of Huaca Santa Rosa de Pucala was built in the shape of the letter D. Scientists have found that it was erected around 800-900 AD which is more than a century after the decline of the Moche culture. This means that the ancient temple was built by the Wari culture although few of the found remains are of people from this culture.

This was a Native American culture of the pre-Inca period that existed in the Central Andes on the southern and central coast of modern Peru between 500 – 1000 AD. The state was divided into provinces, each of which had a powerful regional administrative center. The king stood at the head of civilization while women also played an important role in power. By the year 1000, the political influence of the Wari culture disappeared – the exact cause of the disappearance is still unknown.

The Moche culture developed around the 2nd century AD and flourished until around 700 AD. Notable discoveries of this culture include the intact tombs of some of its rulers, such as the Lord of Sipán (3rd century) and the Lady of Cao (5th century). The culture is known as one of the most sophisticated societies which is evidenced in the artifacts discovered in various sites – exquisite ceramics, jewels, tapestry, figurines, as well as their monumental architecture and agricultural achievements.

Although the temple was built by the Wari Culture, 25 of the bodies found belonged to representatives of the ancient Moche culture. They were buried in clay tombs, which were discovered by specialists directly in the burial halls of the temple. The remains of various pottery and animal bones were also found nearby, among which scientists identified alpacas, llamas, and even guinea pigs.

Geographical distribution of the Wari culture

It is worth noting that four of the bodies belonged to the Wari culture, which was previously thought to reside exclusively in the Central Andes. As it turned out, their geographical distribution was wider and due to this, it has now become possible to study the history of Lambayeque in more detail.

While the majority of remains belonged to representatives of the Moche Culture, the remaining 4 bodies were sacrifices of the Wari. It is curious that the three children and one adolescent were buried just in front of the entrance of the ancient temple. According to scientists, all the victims were local.