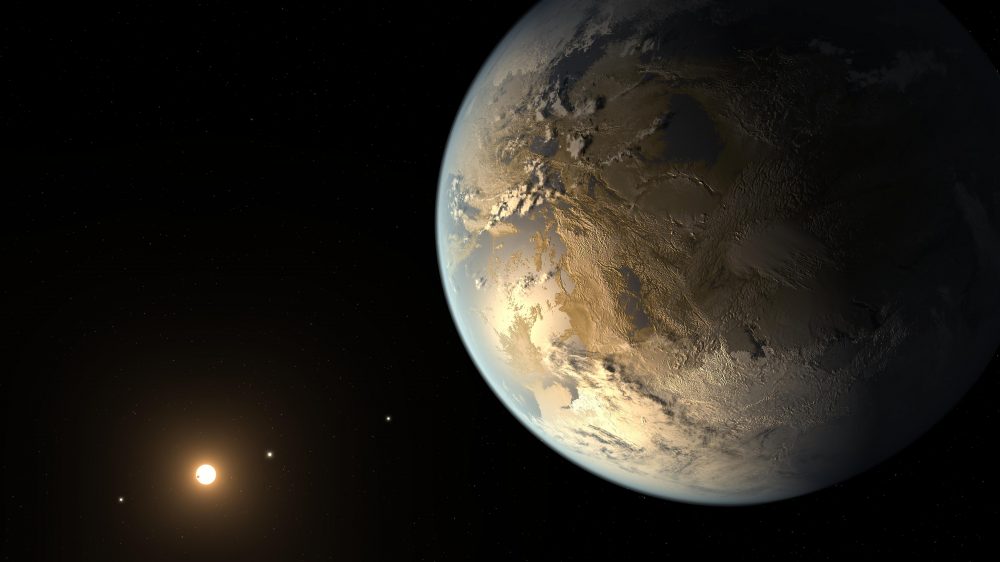 Physicists have proposed using exoplanets as dark matter detectors by monitoring their temperature. According to a study by scientists, the process of annihilation of dark matter particles in the centers of heavy celestial bodies should heat these objects. For dark particles with a mass of the order of a megaelectronvolt, this heating, according to the researchers, can be recorded using the next generation of advanced space telescopes.

Dark matter is a hypothetical form of matter that does not participate in electromagnetic interactions, due to which it cannot be seen directly. Nevertheless, it has mass, which means that it can interact with ordinary matter through gravity, and, possibly, through other exotic mechanisms.

The assumption of the existence of such a form of matter allows physicists to explain a lot of phenomena that otherwise seem paradoxical. Such phenomena, for example, include abnormally high rotational speeds of the peripheral regions of the galaxy, the effects of gravitational lensing with an unknown source of hidden mass, and even strangeness in the inhomogeneities of the CMB distribution.

So far, physicists have not been able to directly see the interaction of dark matter particles with ordinary matter in numerous experiments with attempts to register it directly. But it is precisely such experiments that are needed in order to understand the nature of dark particles.

According to the discovered indirect traces of the existence of dark matter, its total mass is 85 percent of the mass of all matter in the universe. At the same time, a significant fraction of it is located in the so-called galactic halo (and the closer to the center of the galaxy, the more it is) and does not allow galaxies to scatter.

This theoretical fact has already been used in experiments in which physicists tried to register dark particles as the Earth moves through the galactic halo, but their latest results say about the absence of traces of registration of dark matter.

Smaller-scale astronomical objects can also be points of the potential accumulation of matter particles: dark matter from the galactic halo can be scattered and attracted by heavy planets, neutron stars, or white dwarfs.

In the case of planets whose temperature is relatively low and does not allow dark matter particles to acquire enough energy to overcome their gravity, dark particles will accumulate in their centers in very large quantities.

In the new study, physicists have shown that measurements of the temperature of exoplanets can help in the search for dark matter, to the class of which they attributed both just planets outside the solar system and orphan planets (without a star orbit) and brown dwarfs located in a single system with a star.

To do this, scientists used the fact that the interaction of the products of dark matter annihilation at the centers of exoplanets should heat the exoplanet itself, and the closer the planet is to the center of the galaxy, the greater this effect due to an increase in the density of distribution of dark matter.

In addition to the low temperature, the researchers pointed to a number of advantages of exoplanets for such searches for dark matter. So, a huge campaign has already been launched to search for exoplanets, and the pace of their discovery is only growing: most of them have been discovered over the past 5 years, and so far 4324 exoplanets have been discovered, and another 5695 candidates are in the process of being studied.

This means that physicists will have a lot of room for registering the temperature of such objects, and it will only grow because the number of exoplanets in our Galaxy could eventually reach 300 billion.

In addition, exoplanets have a large surface area, which means their temperature can be measured at a greater distance in comparison with the same neutron stars. Very soon, the James Webb Space Telescope will allow observing exoplanets in the infrared range, and therefore, scientists will be able to calculate their temperature.

To understand how dark matter can contribute to the temperature of a particular exoplanet, physicists calculated the possible number of dark particles of different masses captured by an exoplanet using three different profiles of the dark matter density distribution in the galactic halo.

By this amount, physicists could judge what kind of heat flux would be generated during the annihilation of dark particles onto photons or other particles in the center of exoplanets, which, in turn, depended on the cross-section for the interaction of dark matter with ordinary matter.

Modeling has shown that the sensitivity of James Webb will allow observing temperature changes in brown dwarfs of small and intermediate masses at a distance of about 0.1 kiloparsecs from the galactic center, where the contribution of dark matter to the heating of the planet should be significant

Observations of gas giants, according to the conclusions of physicists, will also make it possible to strengthen the existing restrictions, but only by 3 orders of magnitude. 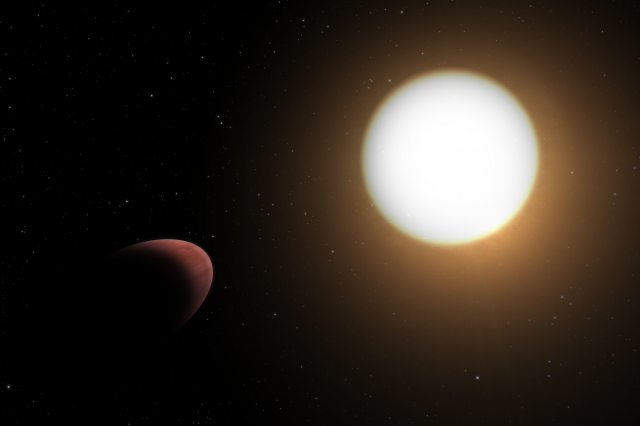