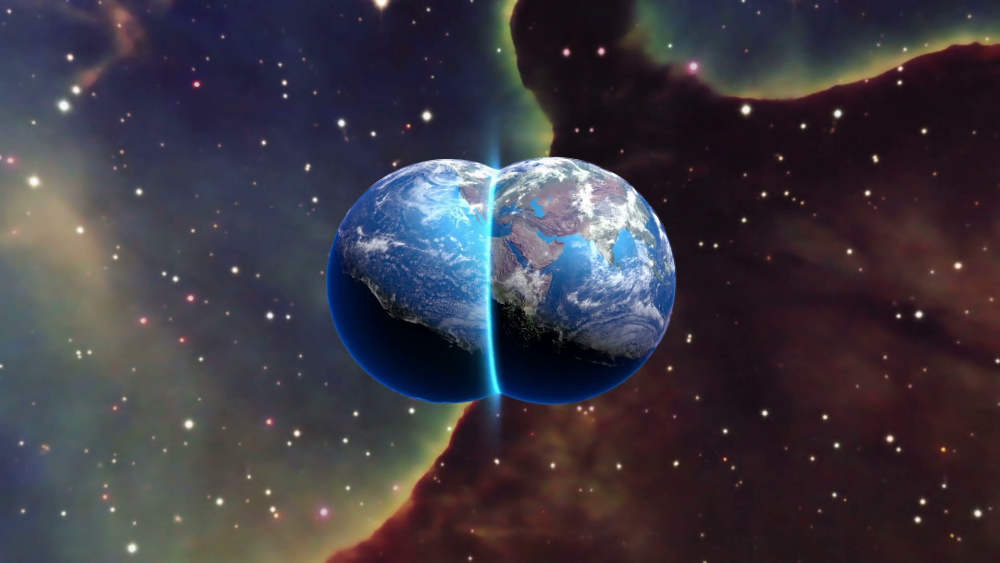 NASA scientists detected strange signals coming from the depths of Earth during experiments in Antarctica in 2016 and 2018. Soon after the anomalies were reported, tabloids and media channels came out with incredible titles that suggested the existence of a parallel universe. But was any of this true?

Since the middle of the last century, scientists have been trying to figure out whether we really live in a “multiverse”, but so far no clear evidence has been found.

At least until last year when tabloids claimed that NASA researchers had detected strange signals in Antarctica that may be coming from a parallel universe that formed in with ours after the Big Bang.

1. Originally, scientists tried to detect ultra-high energy beams and neutrinos coming from space. For this, an array of radio antennas was used, which were raised in a balloon to a height of almost 40 km.

2. Many signals were caught but two cases appeared to be entirely different. The strange signals came not from space, but from the depths of our planet beneath Antarctica.

3. These two events were captured in 2016 and 2018. Since then, scientists from around the world have published more than 40 research papers trying to explain the mysterious occurrences.

4. For your information, neutrinos are extremely small particles created by various cosmic events, such as star explosions and gamma-ray bursts. They exist throughout the universe. Their size is so small that they can pass through any object, including buildings and even people.

5. These facts became the basis for the initial theories and explanations. For example, some have suggested that the mysterious signals in Antarctica are neutrinos that entered the Earth from one side of it, passed through the entire core, and exited from the other side, unchanged.

6. Others believed that this is a “sterile neutrino”, the existence of which was predicted only theoretically, while others blamed the mysterious dark matter for everything.

7. The most significant headlines suggested that NASA researchers had discovered evidence of a parallel universe. It was said that time was running backward there and so much more. The truth is that these were exaggerations by the media and no researcher had dared to make such claims.

8. In April last year, a team of researchers led by Ian Shoemaker published their own paper and gave a simpler explanation that for now seems to be the most reliable idea.

In their opinion, the mysterious signals in Antarctica are caused not by “underground” neutrinos, but by the reflection of ultrahigh-energy cosmic rays. The latter enter our planet, pass through the ice of the upper layer, and then reach the layer known as firn.

9. According to the researchers, in conditions of changeable density in the deep layers of Antarctica, a reflection of cosmic rays can occur. They “change” course and go back up, which was recorded by the antennas.

When cosmic rays pass through the ice at very high energies, they are scattered inside the ice, by protons and electrons, which can generate a clear radio signal. In its structure, it resembles a neutrino.

10. By the way, there was another hypothesis. Shoemaker and his colleagues considered the possibility that the rays could be reflected by subglacial lakes, also located at great depths. However, they themselves shook this version, since the subglacial lakes are scattered too far from each other, and the firn is present almost everywhere.