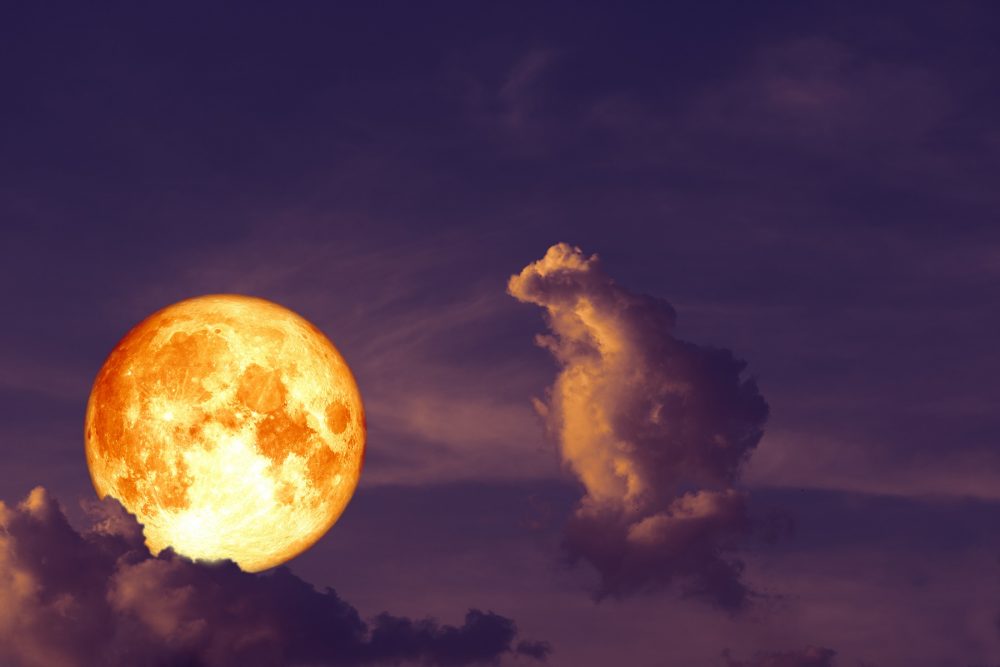 A supermoon is a Full Moon that happens when the Moon is in 90% of perigee, which is the closest approach of our planet in orbit. The phenomenon known as a supermoon makes the moon seem much brighter and larger than usual. Although the moon itself won’t grow, and the difference in the sky is barely noticeable, supermoons usually appear between 6-7% larger and up to 15% brighter compared to an ordinary full moon.

The term “Supermoon” was coined in 1979 by astrologer Richard Nolle and is usually used by astronomers to define a perigean full Moon when the Moon is at its closed point in its orbit around our planet.

The supermoon on May 7, 2020, is dubbed the flower supermoon and its 2020s last supermoon, so make sure you don’t miss it. May’s supermoon is already larger and birther since last Tuesday and will continue shining brightly until Friday, May 8.

The Full Moon will—technically—last only a brief moment, this will take place at 6:45 a.m. EDT (1145 GMT) on Thursday, May 7, when the face of the Moon that points to Earth is fully illuminated for the Sun.

According to NASA, in a year there can be between three and four consecutive full moons that are considered supermoons. The full moons of February, March, April, and now May, are this year’s Supermoons.

But why is May’s supermoon a flower supermoon? According to NASA, in the 1930s, the United States Farmers’ Almanac began publishing the names that Native Americans gave to the full moons that occur every month. According to the Maine Farmers Almanac, the Algonquin peoples who inhabited what is now the northeast of the United States were the ones who baptized the flower moon on the full moon in May. They called it the flower moon because being spring in the northern hemisphere flowers abound at this time of year. Another name is corn planting moon or milk moon, as revealed by Encyclopedia Britannica.

This year’s flower supermoon also marks the celebration of Vesak, the holiest day for millions of Buddhists around the world. Vesak changes dates every year, as it occurs during the first full moon of the ancient lunar month Visakha, which usually falls in May or early June. This year it is celebrated coinciding with the flower supermoon.

Observing the supermoon doesn’t require much, other than clear skies. The super flower moon can be enjoyed with the naked eye and does not represent a risk to the eyes. If you want to see it with binoculars or a small telescope, you should use a special filter to prevent the reflected brightness caused by the Moon to ruin the view of the Selenite geography.

If there are clouds tonight obscuring the view of the moon, worry not, for you can tune in online and observe the supermoon thanks to the Virtual Telescope Project’s live feed of the moon rising over the Rome skyline.

If you can, make sure you don’t miss taking a peek at the supermoon today since the next supermoon isn’t expected to be visible until April 21, 2021.