For the second year running, scientists in charge of the Doomsday clock say that it will remain at two minutes to midnight.

The ‘Clock’ serves as a metaphorical illustration for a global apocalypse.

The latest change the clock saw was when it was moved forward by 30 seconds to the two minutes before midnight by the clock’s keepers in January of 2018.

The so-called doomsday clock was established in 1947 by experts from The Bulletin Of The Atomic Scientists who were then working on the Manhattan Project to design and build the first atomic bomb in the world. The bulletin is now an independent, non-profit worldwide organization with some of the world’s most prominent scientist as members.

Its original purpose was to serve as a warning of the threat of nuclear Armageddon.

Now, after more than half a century, it serves to warn mankind of the likelihood of emerging threats like bioweapons, artificial intelligence as well as climate change.

The recent announcement made by the clock’s keepers means that the clock will remain closest to midnight it has ever been.

The clock illustrates the many dangers our planet and civilization are going through.

The president and chief executive of The Bulletin Of The Atomic Scientists Rachel Bronson warned that we’ve now entered a ‘period of the new abnormal’.

“This is unsustainable and unsettling. We appear to be normalizing a very dangerous world in terms of the risks of nuclear war and climate change,” she added.

“This new abnormal is simply too volatile and too dangerous to accept. Recognizing this grim reality we would like to announce it is still two minutes to midnight, remaining the closest to midnight the clock has sever been set.”

Humanity now faces a number of different threats. Most of them, if not all, are the result of mankind’s actions through history.

“Humanity faces two dire and simultaneous existential threats: nuclear weapons and climate change. The longer world leaders and citizens thoughtlessly inhabit this abnormal reality, the more likely it is that we will experience the unthinkable,” explained Jerry Brown, executive chair, Bulletin of the Atomic Scientists.

Two of the biggest threats seem to be Nuclear weapons and climate.

A statement issued by scientists in 2019 reads: “Humanity now faces two simultaneous existential threats, either of which would be cause for extreme concern and immediate attention. These major threats – nuclear weapons and climate change – were exacerbated this past year by the increased use of information warfare to undermine democracy around the world, amplifying risk from these and other threats and putting the future of civilization in extraordinary danger.” 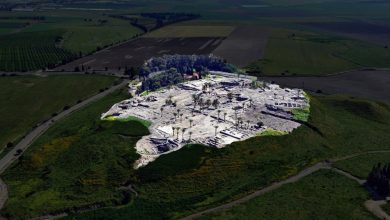 The Ancient City of Armageddon Predates the Egyptian Pyramids by 4,000 Years