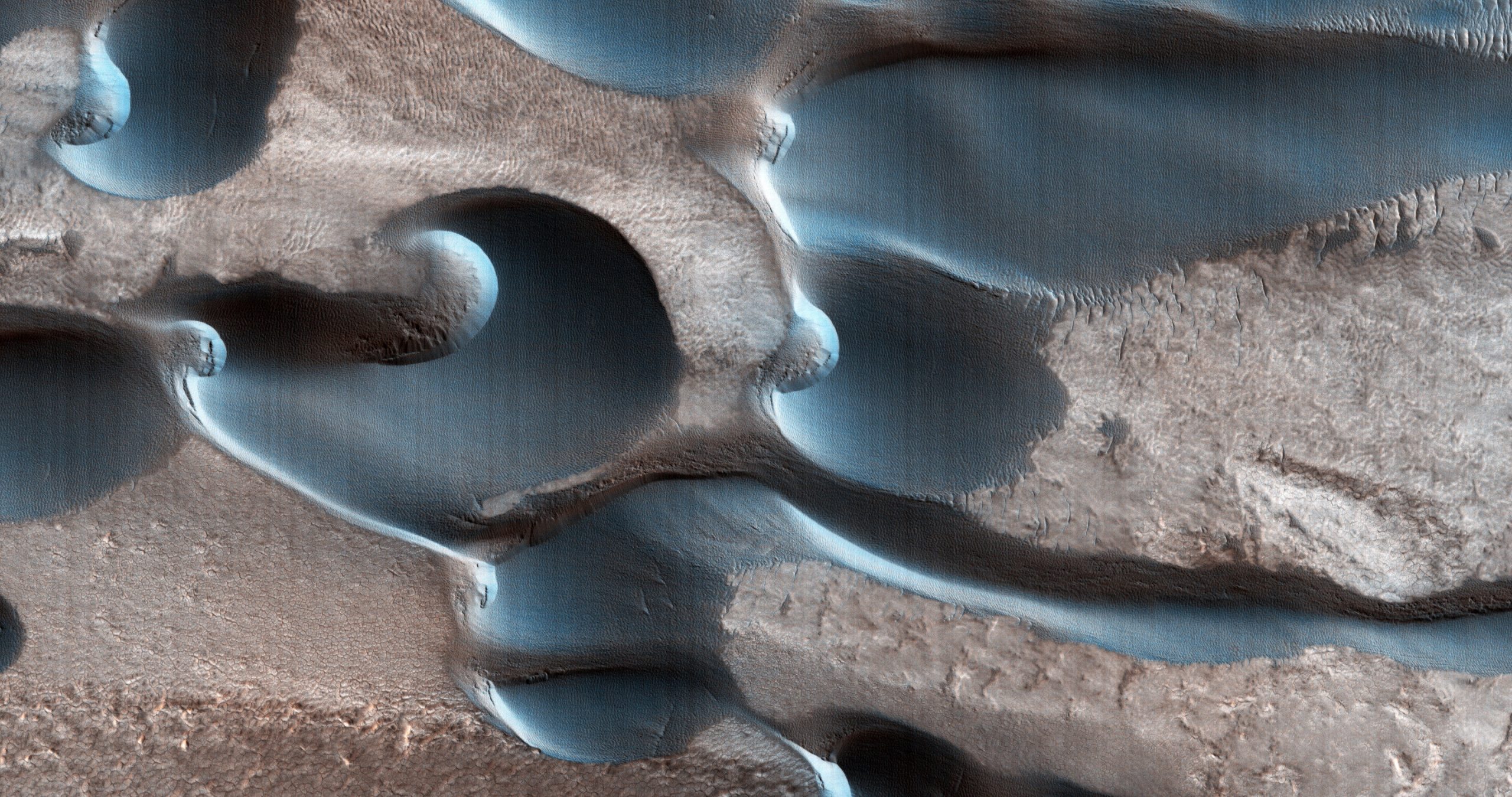 Beautiful dunes on the surface of Mars are sculpted by powerful winds raging across the planet.

Mars is truly a fascinating planet. Not only because it was once a place that resembled Earth, with massive oceans, river systems, and lakes, but because life as we know it may have developed there at one point. Whether this was the case remains to be seen, and various scientific missions currently orbiting Mars and exploring its surface are trying to figure this out. In addition to the plethora of scientific data delivered by the missions, we also have the bonus of seeing thousands of images of the red planet.

And the most impressive ones come from orbit.

HiRISE is at it again

A fascinating field of dunes called barchan dunes can be seen in the image taken by the HiRISE camera on the Mars Reconnaissance Orbiter. Mars’ north pole is home to these dunes, which have developed along a cliff in Chasma Boreale.

An orbiting camera called HiRISE, which can image features as small as a desk, can capture high-resolution pictures. As seen in this image, the area shown is less than one kilometer across, and MRO was 197 kilometers above the surface at the time of the imaging, revealed Universe Today. On Earth and Mars, barchan dunes are common, according to HiRISE scientists. The shape of these dunes is usually distinctive, and they provide very valuable information to scientists about their origins and the wind direction at a specific location.

The formation of barchans occurs in sandy areas where there is a dominant wind. As a result, the sand dune forms a crescent shape. As sand is blown into crests and slopes, arcs of sand point downwind, marking the barchan dunes. This sometimes forms a shape that resembles the insignia of Star Trek when seen from above. Since the dunes shown above do not have a crescent or chevron shape, the winds at the Martian North Pole must swirl in various directions. The sand appears blue in this image because a red-green-blue filter was used on the camera.

The Power of HiRISE

With a telescopic lens, the HiRISE camera is one of the highest resolution cameras in space and operates in visible wavelengths like the human eye. The high-resolution images enable scientists to distinguish objects that are one meter in diameter (about three feet in diameter) on Mars and to study the surface structure of Mars in much more depth than any previous Mars missions have been able to. Mineral information is also obtained by HiRISE using near-infrared observations. Considering MRO’s longevity (it has been in orbit since 2006), planetary scientists can track changes on Mars over time as it stays in orbit. Over time, the team intends to track seasonal changes in this region using the lead image.