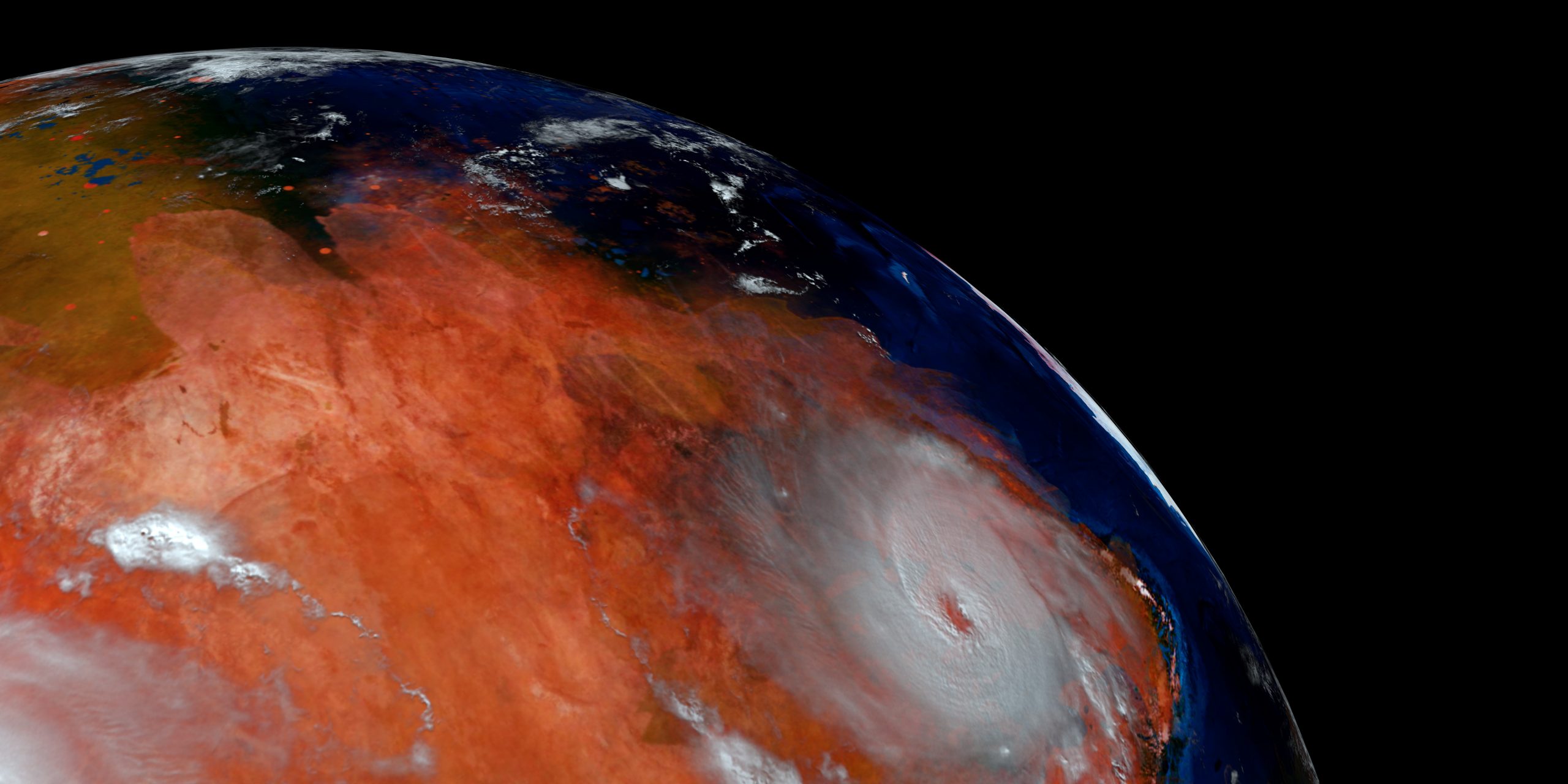 According to a study published in Earth and Planetary Science Letters Mars was capable of supporting life when Earth was still young.

Whether Mars was habitable in the distant past is one of the greatest enigmas for astrobiologists. In fact, we are so convinced it was that we have sent over a dozen of scientific missions to the red planet’s surface in an attempt to find out. Decades ago, scientists were not so convinced and maintained that Mars was always baren and dry and not a planet suitable for life. Today, however, and based on a plethora of scientific data, we know this was not the case. Now, a new paper reveals that not only was MArs habitable in the past, it could have even developed life during a time when our planet was just forming.

A study published in Earth and Planetary Science Letters indicates Mars was born wet, retaining a dense atmosphere that is conducive to warm-to-hot oceans over millions of years. This conclusion was reached by developing the first model of the evolution of the Martian atmosphere that incorporates high temperatures associated with Mars’ formation when it was in a molten state to the formation of the first oceans and atmosphere. Based on this model, the upper atmosphere of Mars would have been “dry” because the water vapor would condense as clouds at lower levels in the atmosphere, just like it does today on Earth. In contrast, molecule hydrogen (H2) did not condense and was transported to Mars’ upper atmosphere, where it was lost. As a result of this conclusion, the model can be used to link directly to measurements taken by the Curiosity rover, which measures water vapor condensing and its retention on early Mars.

The novel model shows one of the earliest chapters in Mars’ history in the immediate aftermath of its formation. Kaveh Pahlevan, SETI Institute research scientist, believes the primordial Martian atmosphere must have been dense (more than 1000x as dense as the modern atmosphere) and primarily composed of molecular hydrogen (H2). The importance of this finding lies in the fact that H2 is known to be a powerful greenhouse gas in dense environments. The dense atmosphere of Mars would have created a strong greenhouse effect, allowing warm-to-hot water oceans to have been stable on the surface for millions of years until H2 disappeared into space. As a result, the study inferred that Mars was wet before the Earth itself was formed.

Different Martian samples, including Martian meteorites and those analyzed by Curiosity, constrain the model by their deuterium-to-hydrogen (D/H) ratios. Meteorites from Mars are primarily igneous rocks, formed as magma ascended towards the surface of Mars when its interior melted. As a result of the similarity between the deuterium-to-hydrogen ratios found in these igneous samples (derived from the mantle) and those found on the Earth’s oceans, the two planets began with similar D/H ratios in the early Solar System and their water originated from the same source. A 3-billion-year-old clay sample measured by Curiosity on Mars showed a D/H ratio three times greater than Earth’s oceans. The hydrosphere on Mars had apparently significantly concentrated deuterium relative to hydrogen by the time these ancient clays formed. As far as is known, only preferential loss of the lighter hydrogen isotope to space can produce this level of deuterium concentration (or “enrichment”).

Further, the model suggests the Martian surface waters would naturally be enriched in deuterium by a factor of 2-3x relative to the interior if the Martian atmosphere was H2-rich at the time of its formation (and more than 1000x as dense as today). In comparison with molecular hydrogen (H2), deuterium prefers partitioning into the water molecule rather than escaping the top of the atmosphere as ordinary hydrogen.

“This model is the first to naturally reproduce these data, so we can be confident that the atmospheric evolutionary scenario we have described corresponds to early events on Mars,” Pahlevan said.

SETI Institute’s search for life beyond Earth is largely driven by H2-rich atmospheres. According to experiments conducted dating back to the middle of the 20th century, prebiotic molecules associated with life are readily formed in H2-rich atmospheres, but not in H2-poor (or more “oxidizing”) atmospheres. Essentially, early Mars was a warm version of modern Titan, and the origin of life could have occurred at least as easily as early Earth.

You can find more information here.