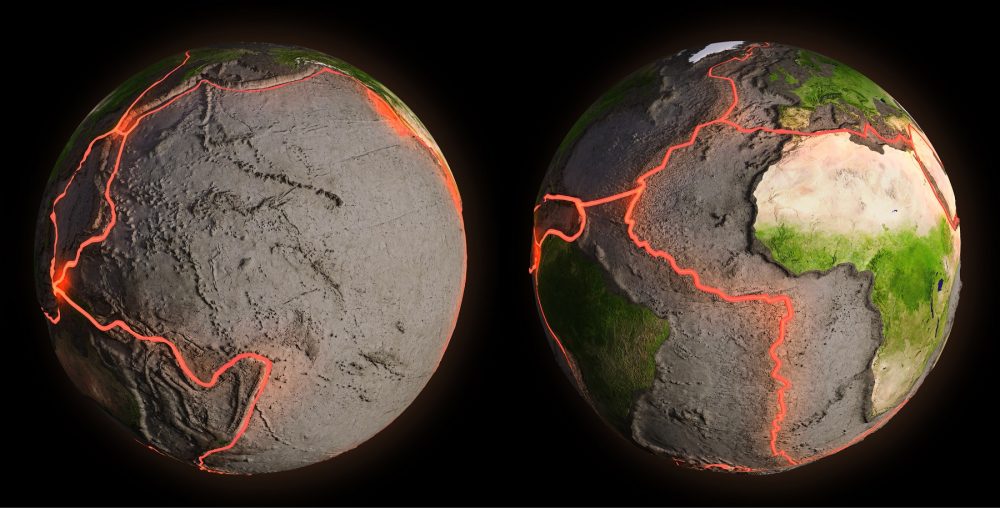 Researchers have revealed that our planets tectonic plates were already active around 2.3 Billion years ago. This, in turn, means that these processes most likely played a crucial role in the evolution of early life on Earth.

Scientists from Harvard University who examined rocks over 3 billion years old discovered that Earth’s tectonic plates move today in the same way that they did between 2 and 4 billion years ago, as published in the journal Science Advances.

The findings suggest that the continents settled in place and sustained life much earlier than previously thought, and give insight into plate tectonics on other planets. As it turns out, life on Earth would not have been possible without plate tectonics. Now we have understood that this occurred much sooner than initially thought.

If plate tectonics happened on the early Earth, that means that these processes were likely playing a part in the evolution of that life, explains Alec Brenner at Harvard University.

A constant question in geology is when exactly did Earth’s tectonic plates began to push and pull in a process that helped the planet evolve and shaped its continents as they exist today. Some researchers theorize that it happened about 4 billion years ago, while others think it was closer to 1 billion years ago.

To come to the bottom of this geosocial debate, a research team led by Harvard scientists searched for clues in ancient rocks over 3 billion years old in Australia and South Africa and found that Earth’s tectonic plates were already in motion at least 3.2 billion years ago during Earth’s early years.

Geologist Alec Brenner of Harvard University and Roger Fu measured the magnetic orientations of iron-bearing minerals in the Honeyeater Basalt, a layer of rock that is thought to have formed between 3.19 billion and 3.18 billion years ago. The basalt is part of the East Pilbara Craton, an ancient bit of continent in Western Australia that includes rocks as old as 3.5 billion years.

“Basically, this is one piece of geological evidence to extend the record of plate tectonics on Earth farther back in Earth history,” says Alec Brenner, one of the lead authors of a paper in the journal Science Advances.

“Based on the evidence we found, it looks like plate tectonics is a much more likely process to have occurred on the early Earth, and that argues for an Earth that looks a lot more similar to today’s than a lot of people think.”

Plate tectonics is key to the evolution of life and the development of the planet. Today, the Earth’s outer layer consists of about 15 rigid blocks of crust. In them sit the continents and oceans of the planet. The movement of these plates gave shape to the location of continents; it helped create new ones and even built the landforms like mountain ranges. However, it also exposed new rocks to Earth’s atmosphere, which led to a series of chemical reactions that helped stabilize the surface temperature of our planet for billions of years, eventually making life as we know it possible.

Unlike other studies, the work done by Brenner and Fu focuses on measuring the position of rocks over than instead of looking into the chemical structure of the rocks. In their paper, the teachers explain that d4espite having obtained a new understanding of Earth tectonics, they were not able to rule out a phenomenon dubbed “true polar wander,” which also can cause our planet’s crust to shift.