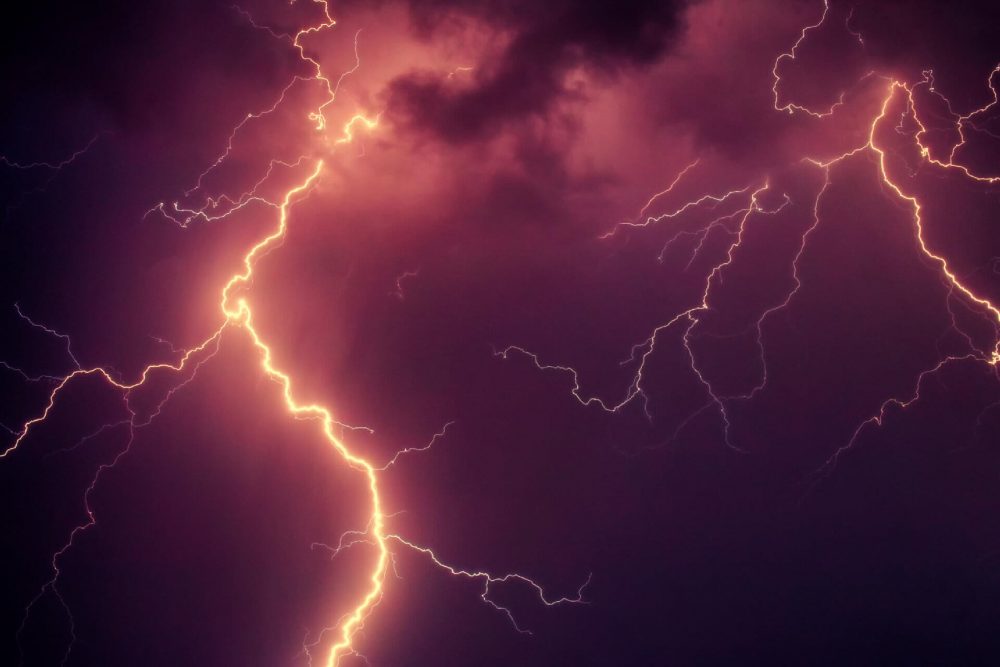 "...over billions of years during the evolutionary history of living organisms on Earth, the natural electromagnetic resonant frequencies in the atmosphere, continuously generated by global lightning activity, provided the background electric fields for the development of cellular electrical activity."

According to a study published in the International Journal of Biometeorology, there’s a profound connection between the natural ELF fields in the atmosphere on our planet and living organisms.

Researchers revealed that in most vertebrates and invertebrates, there is a cellular electrical activity, often flowing through the nervous system, with a small frequency range of 5 to 45 Hertz. Now, a new study details how this extremely low frequency (ELF) matches in resonance with natural vibrations caused by lightning strikes in the atmosphere.

“Most electrical activity in vertebrates and invertebrates occurs at extremely low frequencies (ELF), with characteristic maxima below 50 Hz. The origin of these frequency maxima is unknown and remains a mystery,” the researchers write in their study.

To unravel the mystery, scientists have now proposed that over billions of years during the evolutionary history of living organisms on Earth, natural electromagnetic resonant frequencies in the planet’s atmosphere continuously produced by global lightning activity, presented the background electric fields for the development of the cellular electrical activity, the researchers explained.

Around 20 years ago, scientists began to discover that many biological systems, from simple organisms like zooplankton in Earth’s oceans ocean to our brains, have electrical activity at the same frequency as the global activity of electrical rays,” revealed Colin Price, the lead author of the study and researcher at the Porter School of Environment and Earth Sciences at Tel Aviv University, Israel in an interview with LiveScience.

“We think that on evolutionary scales, for billions of years, life forms perhaps used what nature gave them to synchronize somehow and adapt to those frequencies,” Price explained.

Around the globe, lightning strikes the Earth about 50 to 100 times per second. These strikes create low-frequency waves of electromagnetic energy that resonate in the atmosphere.

Known as Schumann resonances, the ELF waves have enveloped the planet for billions of years since Earth had an atmosphere.

While the strongest resonances have a frequency close to 8 Hz, several others occur between 3 and 60 Hz. Nowadays, they can be measured anywhere where it is electrically quiet — areas that are located far from modern power grids.

The new study offers an unprecedented view into a deeply rooted connection between life on Earth and the planet.

Electric Universe and the Brain

The new theory proposes that the primordial cells somehow synchronized their electrical activity with these natural atmospheric resonances, particularly those close to 8 Hz.

Although surprising for us, this type of synchronization is common; in fact, our body synchronizes its circadian rhythm to days and seasons. Many species navigate following the Earth’s magnetic field, revealing that living organisms are in far greater connection to the planet.

“Evolution makes the most of it,” says Michael Levin, a biologist at Tufts University in Massachusetts, who was not part of the new research. “When living things don’t have access to the magnetic field, they don’t develop well.”

However, scientists say that not all life vibrates exactly on the Schumann resonance. The researchers suggest that while primeval life was synchronized at 8 Hz, cellular activity in animals slowly drifted to other frequencies as they evolved, with different frequencies being used for various types of brain activity.

For example, specific frequencies in the human brain waves have been related to mental states such as alertness and sleep.

Meanwhile, the Schumann resonance is close to the frequencies of deep states of relaxation, suggesting that primordial life may have had a similar state.

While there are feasibilities that the current research could lead to medical applications, it is improbable that this resonance could be exploited for harmful applications, the study authors point out.

Researchers have not yet identified how the ray resonance and biological electrical activity could be synchronized. Still, they speculate that the lightning strike may have affected the transfer of calcium ions between cells, which is how most electrical activity occurs in animals.