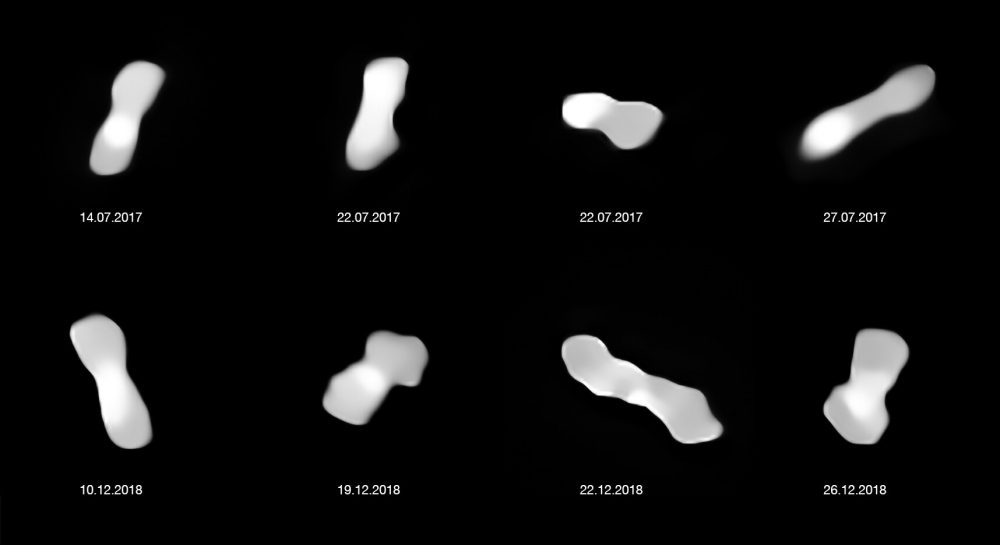 The study of such asteroid systems allows us to learn more about the dynamics, evolution, and properties of small bodies in the Solar System.

The VLT has captured the most detailed images to date of the unusual trinary asteroid system Kleopatra, whose main body looks like a bone. Observational data suggest that the object is porous and formed from debris, and its two small satellites were once part of the “dog-bone” asteroid before they were thrown away.

Everything you need to know about the “dog-bone” asteroid

The fact that asteroids may have satellites became known in 1993, when the satellite Dactyl was found near the asteroid in the Main Belt (243) Ida, which is 20 times smaller than the main body.

How many such systems do we know about?

Since then, 190 asteroid systems have been found using large ground-based telescopes equipped with adaptive optics and the Hubble Space Telescope, and for thirty of them, we have direct images of the surfaces.

Why do we have to study asteroid systems?

The study of such systems allows us to learn more about the dynamics, evolution, and properties of small bodies in the Solar System.

Asteroid (216) Kleopatra is an example of one of the most unusual asteroid systems, which consists of three bodies and is located in the main asteroid belt. It was discovered in 1880 and is classified as M / Xe, which means a high metal content in the surface layer. Radar data revealed an unusual body shape (it resembles a dog bone), and in 2008, astronomers found two satellites, named Alexhelios and Cleoselene.

A team of astronomers led by Franck Marchis of the SETI Institute has published the results of an analysis of data from observations of the asteroid Kleopatra, which were carried out from 2017 to 2019 using the SPHERE receiver installed on the ground-based VLT telescope complex.

Periods of rotation of the satellites

Scientists have determined that the periods of rotation of the satellites around the main body are 1.822 and 2.745 days, they are close to the orbital resonance of the average motion of 3: 2. Kleopatra’s mass was estimated at 2.97 × 10 18 kilograms, which is significantly less than previously thought.

Shape of the asteroid

The shape of the asteroid, which is approximately 270 kilometers long, is very close to a dumbbell with two lobes and a thick bar between them. Its volumetric equivalent diameter (i.e., the diameter of a sphere of the same volume as the object under consideration) is 118.75 kilometers, and its volumetric average density has been estimated at 3.38 grams per cubic centimeter.

Such a low density of the body indicates its significant porosity, which, combined with the shape, confirms the current scenario of its formation. It is assumed that in the past, two asteroids collided, and then a single rubble-type object was formed from the debris.

Satellites of the dog-bone asteroid

As for the small satellites of the asteroid, the researchers believe that these are fragments of Kleopatra, which were formed during the collisions of the asteroid with other bodies in the past.

This is supported by the fact that Kleopatra rotates around its axis at almost a critical speed, above which the body will begin to collapse. In other words, any interference or impact with even a smaller body would take out chunks of the asteroid that could become its satellites. 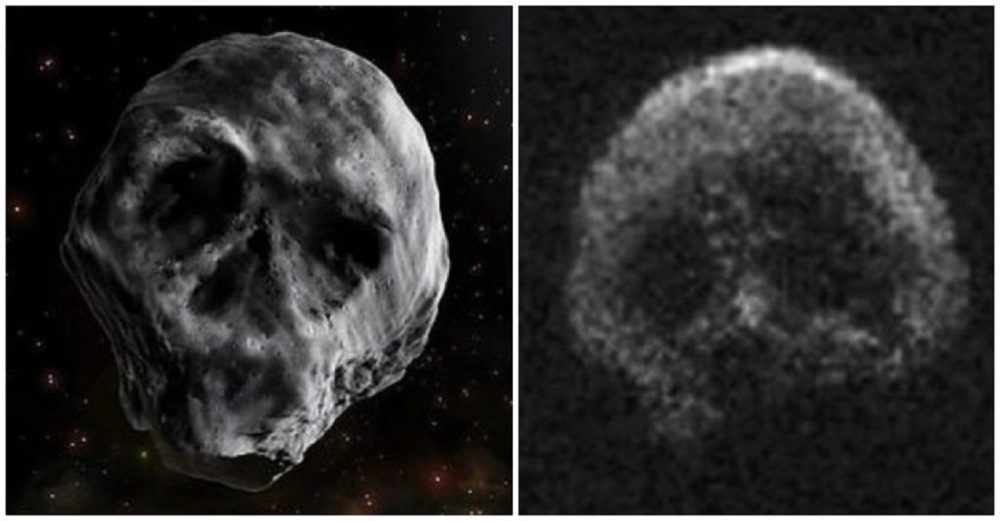