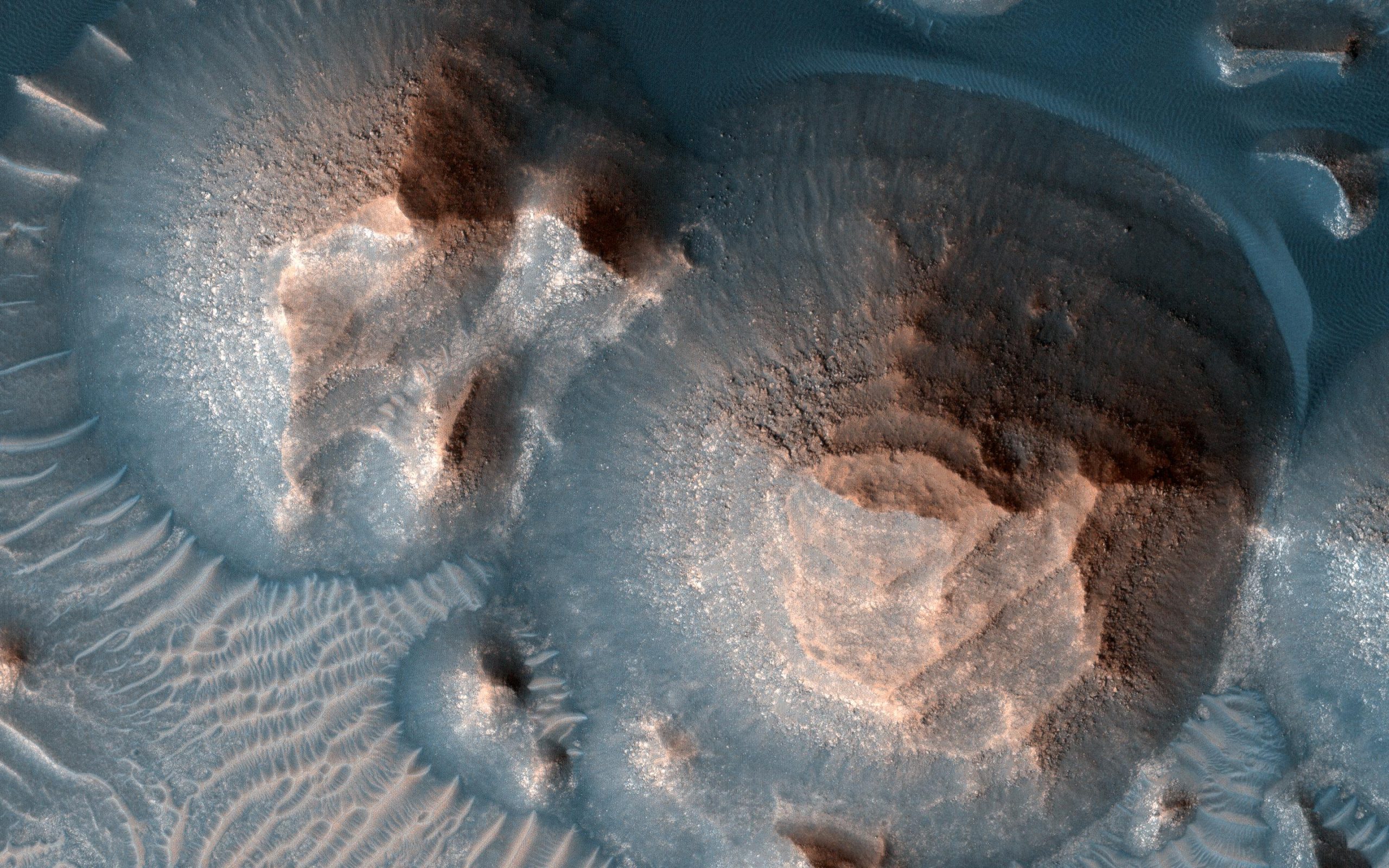 On Earth, volcanoes capable of "super-eruptions" are scattered across the planet. On Mars, they are focused in one region and scientists have no explanation why.

Scientists have found evidence that thousands of “super-eruptions” of volcanoes have occurred in the northern part of Mars in a region called Arabia Terra over the past 500 million years. The curious detail here is that there is no other region on Mars with evidence of eruptions of this kind.

Some volcanoes erupt so violently that whole oceans of rock and toxic gases are thrown out. These emissions block sunlight and change the planet’s climate for decades. Evidence for similar phenomena has been found on Mars.

According to geologist Patrick Whelley, who oversaw the data analysis, each of these eruptions would have significantly altered the planet’s climate. The ejected gas thickened the atmosphere, and the dust blocked the sun and cooled the planet. After the ejection of molten rock and gas in a volume comparable to 400 million Olympic pools, such a volcano collapses and forms a giant depression or caldera.

Do we have the same formations on Earth?

Such depressions exist on Earth and can be tens of kilometers in diameter. Several calderas in Arabia Terra became the first evidence that volcanoes previously existed on the planet, capable of super-eruptions.

Previously, these depressions were thought to be craters from falling meteorites. In 2013, scientists suggested that it might actually be calderas. This was indicated by their imperfect shape as well as signs of a wall collapse.

The surface of Arabia Terra

To confirm the hypothesis, scientists examined surface rocks in the area of ​​depressions – volcanic ash is unambiguous evidence of their origin. They relied on the work of other scientists who had previously assumed that the minerals on the surface of Arabia Terra were of volcanic origin.

To identify minerals on the surface of Mars, the team used images from a Martian Reconnaissance Orbiter taken with a compact spectrometer. Scientists examined the walls of canyons and craters where the wind was supposed to carry the ash of volcanoes, and discovered volcanic minerals, turned into clay by water.

The team then used satellite cameras to compile three-dimensional topographic maps of Arabia Terra. By overlaying the maps with the location of minerals on topographic maps of canyons and craters, the scientists saw that the ash layers were perfectly preserved and lay just as they did when they were still warm.

How many eruptions were there on Mars?

In previous works, the amount of material ejected by the volcano was calculated depending on the size of the resulting caldera. This allowed the researchers to calculate the number of eruptions that had to occur for the found ash deposits of appropriate thickness to appear. Well, according to Whelley, it turned out that there should have been thousands of such eruptions.

Volcanoes of the same type

It is not yet clear why only volcanoes of the same type existed in this region of Mars. On Earth, volcanoes capable of super-eruptions (the last of which erupted in Sumatra 76,000 years ago) are scattered across the planet and exist alongside ordinary ones.

The largest volcano in the Solar System

Mars also has a variety of volcanoes – including the largest volcano in the solar system, Olympus, which is 100 times larger in volume than Earth’s largest volcano, Mauna Loa. But volcanoes capable of super-eruptions have so far been found only on the land of Arabia Terra and scientists have no explanation why.