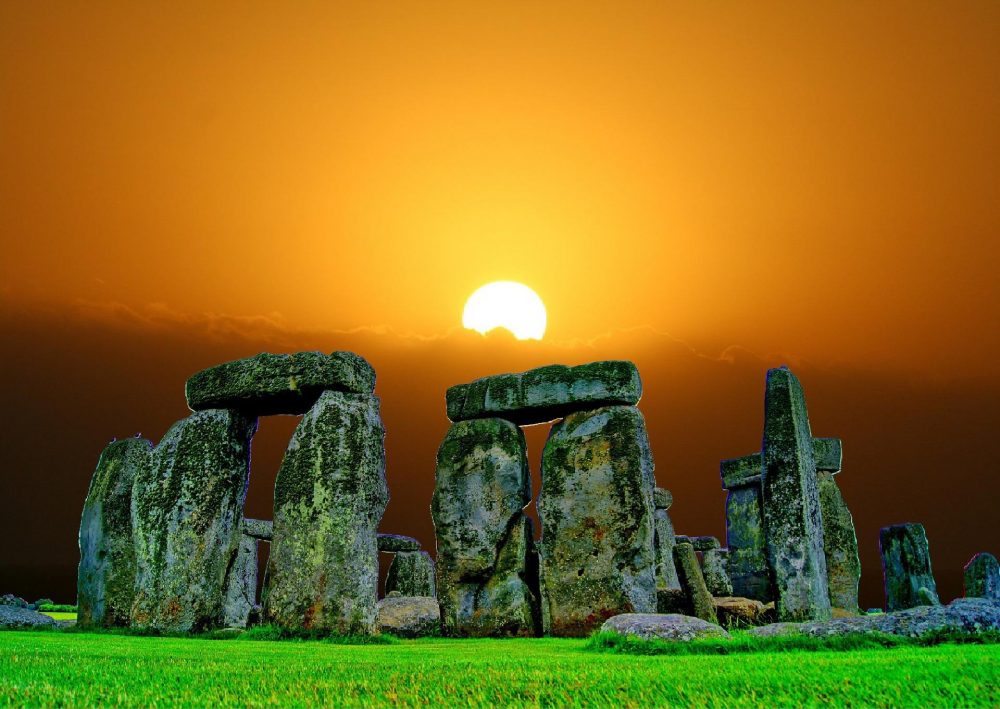 Archaeologists have found evidence that proves that Stonehenge was built from stones from other megalithic structures.

Archaeologists linked the appearance of Stonehenge with the alleged migration of the Neolithic population from the southwest of modern Wales to the Salisbury Plain and the transfer of cult centers to a new place.

Scientists came to this conclusion after studying the remains of the megalithic structure Waun Mawn in the Preseli Hills in Wales. This structure appears to have been the source of some of the stones for early Stonehenge.

The first stone elements at the Stonehenge complex appeared around 3000 BC. These are the so-called blue stones, which originate from quarries in outcrops of dolerite and rhyolite rocks in the Preseli Uplands in Pembrokeshire (southwest Wales).

At Stonehenge, they were installed in hollows known as Aubrey holes and marked the burial sites of cremated human remains. The ratio of strontium isotopes in the remains and isotopes of carbon and oxygen in fragments of charcoal from these burials showed that some people buried here not only spent the last years of their lives in Wales but were also cremated there. After cremation, their remains were moved to Stonehenge. Bluestones were also transported there, at a distance of about 240 kilometers from the Preseli Hills.

Several sources have been discovered in Preseli, from which Neolithic builders mined blue stones of various types. These are the Carn Goedog spotted dolerite outcrop and the Craig Ros-y-Felin rhyolite deposit. In these two locations, archaeologists have also found evidence of stone mining in prehistoric times – artificial platforms made of stone slabs and charcoal.

The Carn Goedog quarry was apparently especially actively developed in the Neolithic, where both traces of excavation of natural dolerite pillars and slabs using wedges and wedge-shaped tools with traces of impact damage were found. Radiocarbon dating shows that the quarries of Preseli were quarried in the second half of the 4th millennium BC.

Uncovering the truth about the ‘original’ Stonehenge in Wales

In the vicinity of the quarries, scientists actually discovered Neolithic buildings – traces of cromlechs in Banc Du and Dryswyn, several dolmen-type tombs, and the remains of a stone circle in an area called Waun Mawn (translated from Welsh – “peat wasteland”).

Four stones have survived from the Waun Mawn structure, of which only one remains standing. In 2011 and in 2017–2018, the site was surveyed using geophysical methods, but they did not give results due to the peculiarities of the local substrate, consisting of glacial deposits.

Archaeologists led by Mike Parker Pearson of the Institute of Archeology, University College London, excavated Waun Mawn and examined the remaining stones at the site. First of all, scientists identified the location of the nests in which the two extreme fallen stones were installed, and calculated the diameter of the Waun Mawn cromlech in Wales. It turned out to be the same as the diameter of the moat at Stonehenge – 110 meters.

Having restored the geometry of the cromlech, archaeologists laid several trenches on its circumference and found six empty nests 0.30–0.50 meters deep and 0.80–1.20 meters in diameter. Monoliths were once established in them, as evidenced by small fragments of dolerite around the nests.

At the base of each depression, there is an imprint of a monolith, which can be used to judge its size and shape. One of the monoliths left a pentagonal imprint in the ground.

In Waun Mawn, the monoliths were distributed unevenly around the circumference: archaeologists excavated areas where there were no depressions. Sometime after construction, all but four stones were removed, and their nests were gradually filled with sediment.

Radiocarbon dating of charcoal samples found during excavations and the use of optically stimulated luminescence to determine the age of mineral fragments in depressions made it possible to estimate the time of cromlech creation at about 3200 BC.

This places it among the oldest stone circles in Britain, along with the Moganby Circle in the north of England and Bryn Kelly Dee on the Isle of Anglesey. Archaeologists have not found any remains in Waun Mawn and its environs from 3000 to 2000 BC, which indirectly indicates the imminent dismantling of the monument.

All four surviving stones of Waun Mawn belong to a variety of dense, homogeneous dolerite, not containing light inclusions, and apparently originate from the nearest Cerrigmarchogion deposit, three kilometers to the southeast. Not a single stone fragment originating from other known deposits has been found in cromlech.

Stonehenge also contains three blue stones, also believed to have originated from the Cerrigmarchogion quarry. One of them, stone number 62, has a pentagonal cross-section along the sod line. It is similar in shape and size to the pentagonal print at Waun Mawn.

Archaeologists have suggested that before being installed in the Stonehenge complex, stone 62 was part of the Waun Mawn cromlech in Wales. This cannot be excluded for two other Stonehenge monoliths of the same variety.

Pearson and his colleagues suggested that at the turn of the 4th-3rd millennia BC, the cult complex Waun Mawn was dismantled, and the monoliths from it were moved to the construction site of Stonehenge and, possibly, other sanctuaries of the Salisbury Plain.

However, the new cult center clearly included the remains of several megalithic structures: this is evidenced by the variety of rocks and the abundance of its blue stones. Initially, there were 56 of them at Stonehenge, but after reconstruction around 2600, their number probably reached 80 due to the dismantling of Bluestonehenge.

Most of the bluestones are spotted dolerites from Carn Goedog. If Stonehenge really absorbed the elements of the cult buildings of the early era, traces of these structures should be found in the area of ​​the Preseli Hills.

The assumption of the transfer and unification of the bluestones in the new sacred center is confirmed by the presence of burials of settlers from Southwest Wales at Stonehenge. In the Salisbury Plain, they reproduced the dimensions of Waun Mawn and the architectural feature of the cromlech discovered during excavations – the orientation of a pair of monoliths to the sunrise point during the summer solstice.

Another argument in favor of the hypothesis of resettlement along with the sacred stones is the complete absence in the Waun Mawn area and its environs of radiocarbon dates dating back to the time after the start of the construction of Stonehenge. Obviously, people left the old sanctuary, leaving only four stones in it.

Pearson interprets the construction of Stonehenge and its surrounding structures as creating a kind of neutral zone between the Neolithic populations of western and eastern Britain. On the one hand, it delimited the areas occupied by different tribes, on the other, united them during common cult holidays dedicated to their ancestors.

But the question of the reasons for the alleged migration and how they are related to distant intertribal contacts remain open. The answer to this can be provided by further excavations both in the area of ​​the Preseli Hills and in Stonehenge.

One of the oldest and most curious legends about Stonehenge takes us back to the 12th century to a book called “History of the Kings of Britain”, written by Geoffrey of Monmouth. In it, he describes that the stones from Stonehenge were stolen by giants from a more ancient stone circle in Ireland, and this entire operation was aided by the wizard Merlin.

Well, now we know that some of the stones from Stonehenge were, in fact, taken from a different site but from Wales, not Ireland. Nevertheless, this whole new history of Stonehenge does remind us of the famous legend and perhaps there is more truth in it than we previously thought.