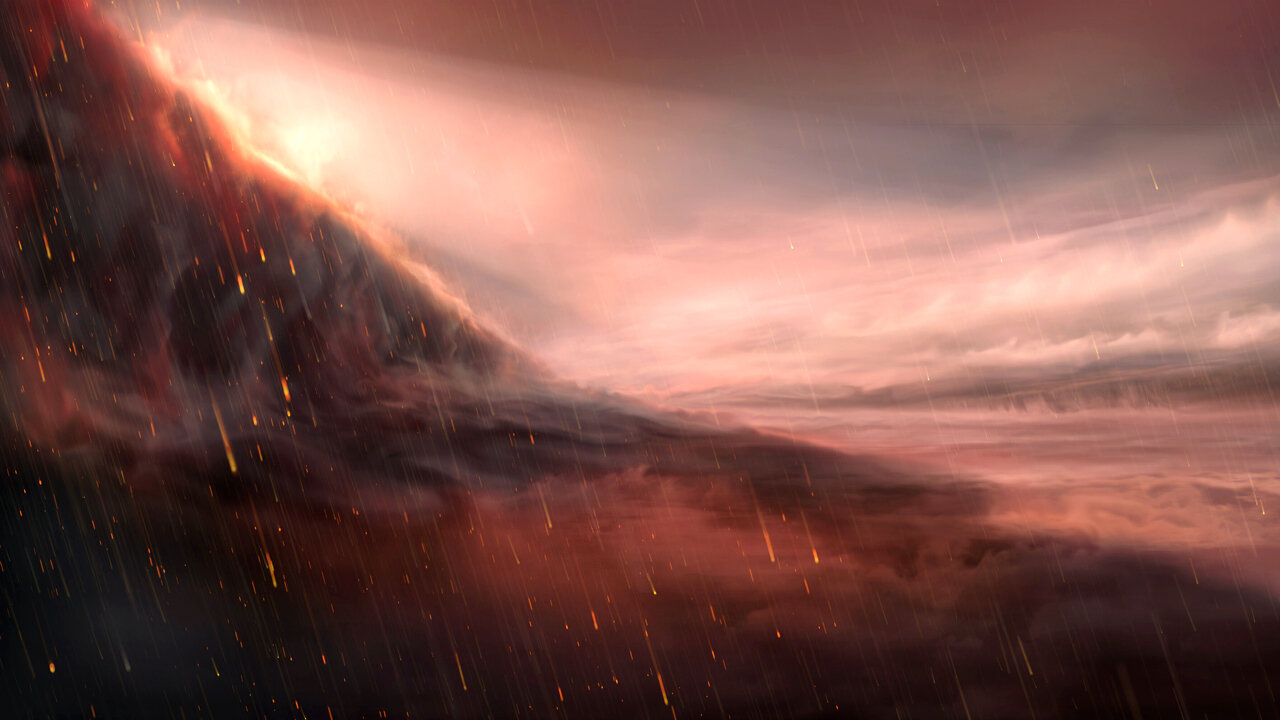 Spectroscopic observations of the ultra-hot Jupiter WASP-76b by the Gemini North ground-based telescope have helped astronomers determine that its atmosphere may be much hotter or more extended than models predicted. In addition, there could be powerful upward winds raging inside it.

What new data did astronomers collect about the exoplanet with iron rains?

Over the past decade, spectroscopic studies of exoplanet atmospheres using ground-based observatories have helped make many discoveries. Such include the registration of various atoms and molecules, the detection of winds, clouds, haze, and the study of the process of the loss of a gas envelope. This allows us to seriously expand our knowledge of the diversity of exoplanets in the Universe and understand the mechanisms of their formation and evolution.

One of the current major programs for the study of exoplanet atmospheres is called ExoGemS, and it is being carried out on the eight-meter Gemini North telescope. It is devoted to spectroscopic studies of the atmosphere of more than forty known exoplanets of various masses during transit over the disk of parent stars.

It is expected that thanks to the program, scientists will be able to better understand the relationship between the properties of exoplanets and their atmospheres.

A group of astronomers led by Emily K. Deibert from the University of Toronto has published the results of an analysis of data from observations of ultrahot Jupiter WASP-76b in the framework of the ExoGemS program.

This exoplanet is about 640 light-years from Earth and orbits its F-type star in 1.8 Earth days while in tidal capture. The planet has a mass of 0.89 that of Jupiter and a radius of 1.85 that of Jupiter, and its effective temperature is more than 2,200 Kelvin, which allows rain to form from iron.

Previous observations from 2018 estimated that the temperature of the outer layers of the exoplanet on the daytime side is 2693 kelvin while on the night side it drops to 1795 kelvin. At the same time, iron rains are practically not observed in the terminator region (day-night boundary), while it is registered on the dayside.

What causes this phenomenon?

This is due to the fact that there are no clouds on the daytime side of the planet and there are many atomic iron vapors in the atmosphere, which are carried by powerful winds to the night side. There, in turn, the processes of vapor condensation and the formation of clouds from iron droplets take place. Thus, the idea that iron droplets can rain on the night side of WASP-76b and other similar exoplanets has been fully confirmed.

The researchers detected the presence of ionized sodium (Na I) and ionized calcium (Ca II) in the atmosphere of WASP-76b, and when comparing observational data with models, a large discrepancy was revealed between the predicted and observed absorption line depths – in practice, they turned out to be much larger.

This can be explained by the fact that the exoplanet’s atmosphere extends further than the models suggest, which, in turn, may be associated with updrafts at high altitudes, increasing the concentration of calcium ions, or the atmosphere of WASP-76b is significantly hotter than previously thought. Further observations should help refine the WASP-76b atmospheric models. 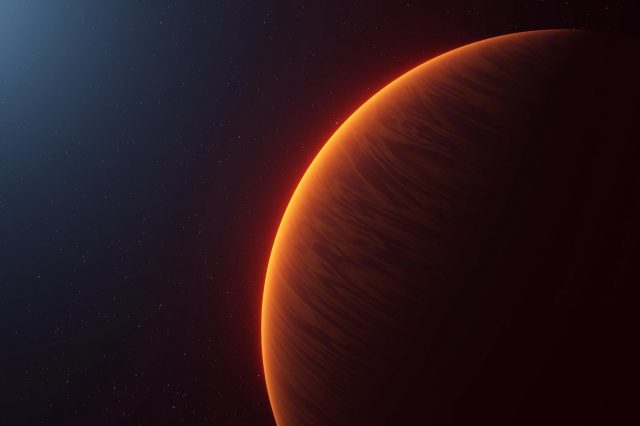