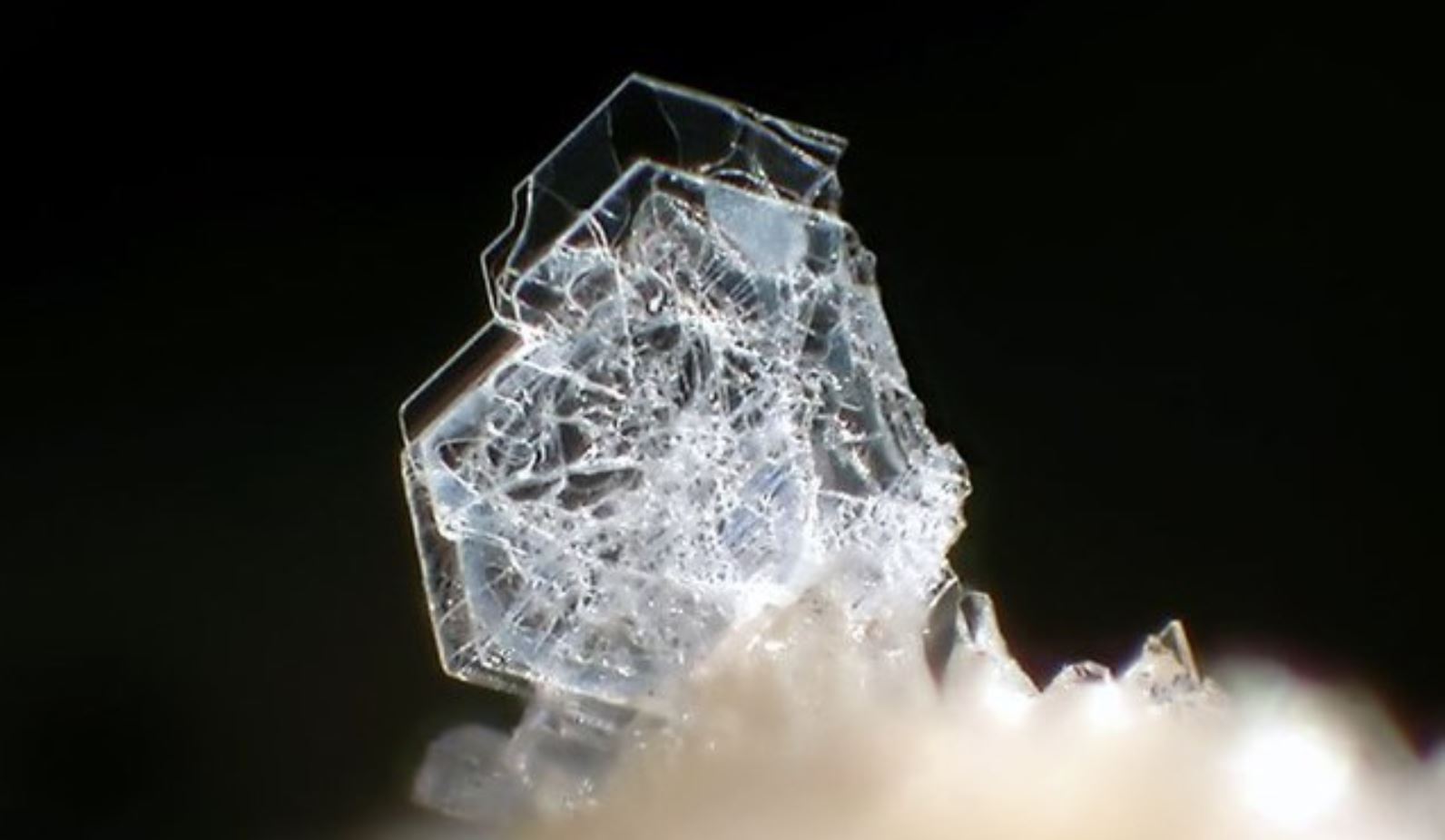 A form of quartz known as tridymite seems to only form very rarely and under very high temperatures, such as those you could probably find in Magma. Researchers have now identified how tridymite formed on Mars, solving a mystery from 2016.

A mineral discovered in Gale Crater by NASA’s Curiosity rover has puzzled Mars researchers for years: “What is Tridamyte doing on an ancient lakebed on the surface of Mars?” NASA’s Johnson Space Center and Rice University have found the answer.

Tridymite is a high-temperature, low-pressure form of quartz that is extremely rare on Earth.

It was quite a surprise to discover it on Mars, and when it was identified, it wasn’t immediately clear how it ended up in Gale Crater. As a result of its potential to once have held liquid water, Gale Crater was chosen for Curiosity’s landing site. One billion years ago, Gale Crater was a lake, according to evidence found by Curiosity.

During the Curiosity rover’s 10-year exploration of Mars, one of the most surprising discoveries was tridymite in mudstone in Gale Crater, said Rice’s Kirsten Siebach, co-author of the study. “On Earth, tridymite is usually found in quartz-forming, explosive, evolved volcanoes, but it was found in the bottom of an ancient lake on Mars, where volcanic activity is primitive,” revealed Siebach.

A mission specialist on NASA’s Curiosity team, Siebach is an assistant professor at Rice’s Department of Earth, Environmental and Planetary Sciences. As part of the investigation, she collaborated with two postdoctoral research fellows in her Rice research group, Valerie Payré, and Michael Thorpe, NASA’s Elizabeth Rampe, and Caltech’s Paula Antoshechkina.

A review of every report of tridymite found on Earth was undertaken by Siebach and colleagues, as well as an analysis of volcanic materials from Mars volcanism models and sedimentary data from Gale Crater.

A new scenario was then proposed that matched all the evidence: Martian magma sat below a volcano for longer than usual, partially cooling until silicon became available.

As a result of a massive eruption, the volcano released tridymite ash into Gale Crater lake and nearby rivers, containing the extra silicon.

According to this scenario, tridymite would have been concentrated in the sample, forming minerals which are consistent with the 2016 find. Additionally, other geochemical evidence, such as opaline silicates and reduced aluminum oxide concentrations, would be explained.

In fact, it is a straightforward evolution of other volcanic rocks found in the crater, Siebach explained. “We assert that the volcano erupted at the same time as the lake developed because we only saw this mineral once, and it was highly concentrated in one layer.”

This scenario implies that explosive volcanism occurred more than 3 billion years ago when Mars transitioned from a wetter and warmer planet to a dry and barren one.

“Mars has a long history of basaltic volcanic eruptions, but this is a more evolved chemical composition,” she said. “This research suggests Mars may have a more complex volcanic history than we imagined before Curiosity.”

Next month, NASA will celebrate the 10th anniversary of Curiosity’s landing. The rover has been crucial in our better understanding of the red planet. The Curiosity rover has helped scientists finally understand that billions of years ago, Mars was a planet similar to our planet today. Mars had vas river systems, oceans, and lakes, and life may have developed on its surface.

The paper was published in Earth and Planetary Science Letters.