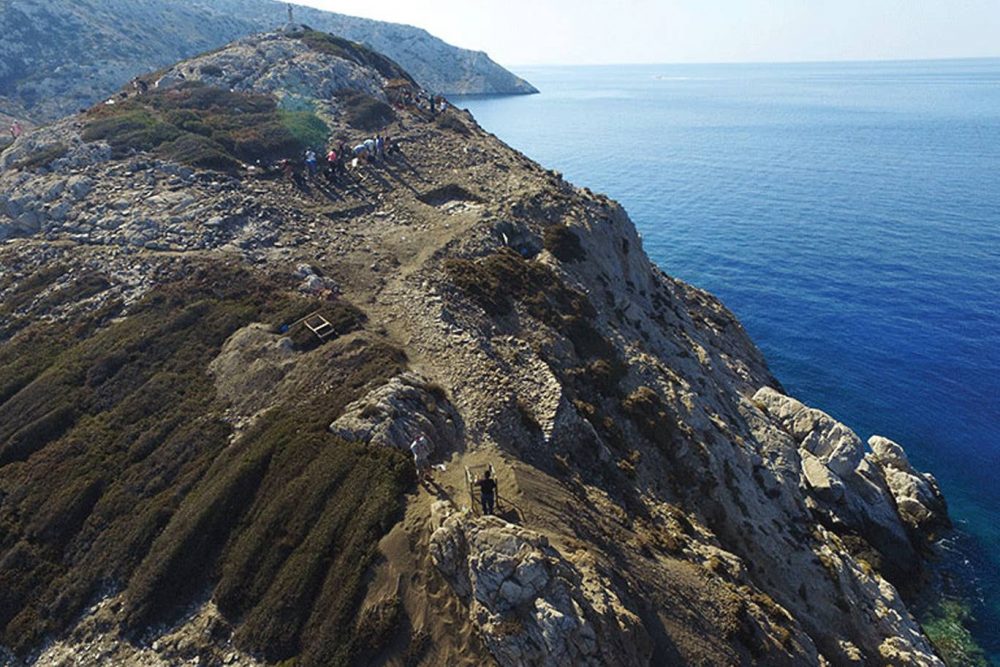 To successfully build the gigantic complex, Early Bronze Age Greeks completed at least 3,500 maritime voyages and transported somewhere between 7000 and 10,000 tons of white, shinning marble from one Aegean Island to the other.

A giant Marble pyramid-shaped island has been the subject of study by archeologists, who have now revealed the interesting results of their research.

Thanks to a comprehensive archeological study of a small islet in the Aegean Sea, researchers have managed to unlock thousands of years of history proving groundbreaking knowledge of ancient civilizations.

But not only have their revealed a plethora of lost ancient knowledge, but they also say that for the first time, they may have uncovered the probable origins of ancient Greece.

All of this, thanks to an island in the Aegean Sea, located around 270 kilometers from Athens.

It was there where experts revealed what is now considered the earliest monumental complex of structures (around 60 buildings in total) unearthed anywhere in the Greek World.

According to studies, the structures date back around 4,600 years and may have played a vital role in the formation of Greek religion, whose fundamental idea was that mountains tops were essentially the dwelling places of the gods.

The small islet, located just off the coast of Keros, an Island in the Cyclades archipelago completely changed what experts knew about Greece.

It has been revealed that until now, no one actually knew the true scale of the complex, and what an effort was put into constructing the islet.

It was a monumental construction process worthy of the greatest architectural and engineering achievements of antiquity.

The small islet was there. And sure, archeologists knew it was important, but it wasn’t until the latest results of the studies that experts understood how important it was.

It is now believed that in order to successfully build the gigantic complex, Early Bronze Age Greeks completed at least 3,500 maritime voyages and transported somewhere between 7000 and 10,000 tons of white, shinning marble from one Aegean Island to the other.

It was a monumental organizational feat and each voyage most likely required as many as 24 crew members to sail to the boat in a journey of at least 5 hours.

Speaking to the Independent, Dr. Julian Whitewright, a leading maritime archaeologist at the University of Southampton revealed: “It is by far the largest prehistoric marine transport operation that has ever come to light anywhere in the world.”

“It demonstrates quite clearly just how important, and integral to their culture, seafaring was to these early Bronze Age Aegean people.”

It was a behemoth of a project, and the series of marble buildings were part of a single, massive religious sanctuary, made on a pyramid-shaped islet known as Dhaskalio, which experts claim played an enormous role in terms of religious significance.

“It is potentially a fundamental place of origin for the phenomenon of sacred mountains within the Greek world,” Dr. Alan Peatfield of University College Dublin’s School of Archaeology, also told The Independent.

The Islet, its marble structures, and its historical importance are unmatched.

Experts reveal how nothing like this massive complex has even been uncovered in or around Greece previously.

“Our investigation has been transforming our understanding of early Bronze Age Cycladic culture and suggests that these very early Greeks were organizationally, technically and politically much more advanced than previously thought,” revealed the project’s co-director, Michael Boyd of Cambridge University’s McDonald Institute for Archaeological Research.

The complex set of buildings were built on the small islet around 100 years after the creation of Stonehenge and the Egyptian Pyramids, as well as some of the great cities belonging to the Indus Valley civilization, and first Mesopotamian empires.

Interestingly, during the time the ancient Greeks were building the pyramid-shaped island, more than 800 kilometers away, in southeastern Egypt, pyramids were being regarded as sacred, and important shapes.

To the ancient Egyptians, the pyramid shape was associated with creation. More specifically with Atum, the god of Creation.

Atum was thought to inhabit a pyramid-shaped rock, that was regarded as a symbol for the mythical “primordial mound.” It was this mound that is thought to have risen from a “chaotic sea” at the time of creation. 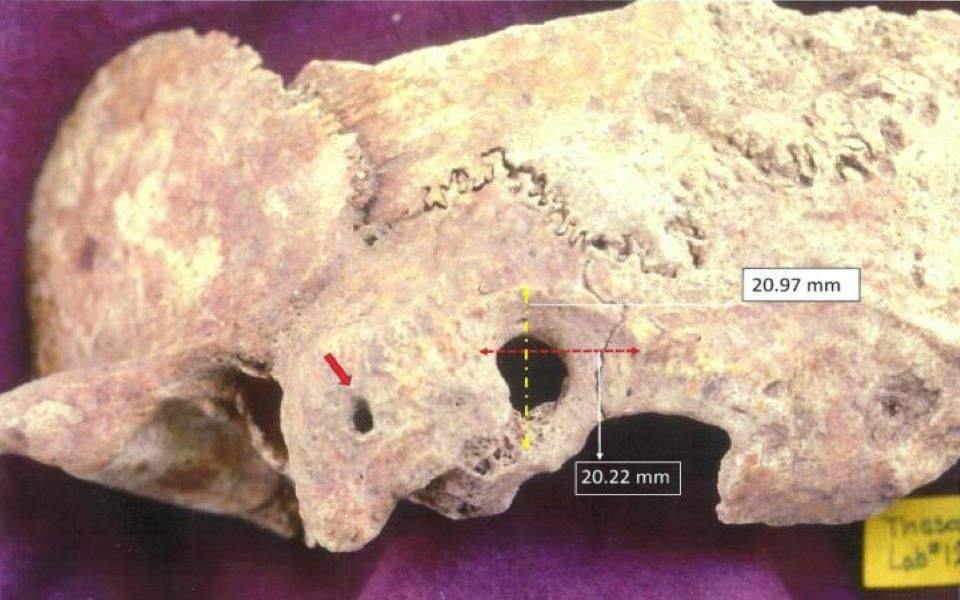