The recent Super Blood Wolf Moon Eclipse gave sky-gazers around the world an unprecedented opportunity to observe the moon in a stunning astronomical event.

The Super Blood Wolf Moon Eclipse occurred as the Earth moved between the sun and the moon.

And despite we’ve figured out (for a long time now) how and why lunar eclipses take place, Flat Earthers have come up with ‘inventive, new hypotheses’ that explains, in an entirely different way, this ‘rare’ natural phenomenon.

According to a post published on the Flat Earth Society’s ‘Flat Earth Wiki‘, the recent Lunar Eclipse was not caused by the shadow of our ‘planet’, but by a ‘shadowy object’ that orbits the sun at extremely close distances, which is why we can’t see it.

Flath Earthers suggest that this mysterious object is a satellite of our sun, and is the reason why lunar eclipses take place.

The group argues that a spherical Earth plays no role in the phenomenon.

“The fact that the moon turns entirely red during a Lunar Eclipse suggests that the light of the sun is flowing through the majority of the body which intersects the path of light,” the article on the Flat Earth Wiki states.

“Clearly an impossibility in the RE explanation.”

The Flat Earth Society further explains that the Shadow Object orbits the Sun at an angle of 5°10’.

They didn’t make up that number. 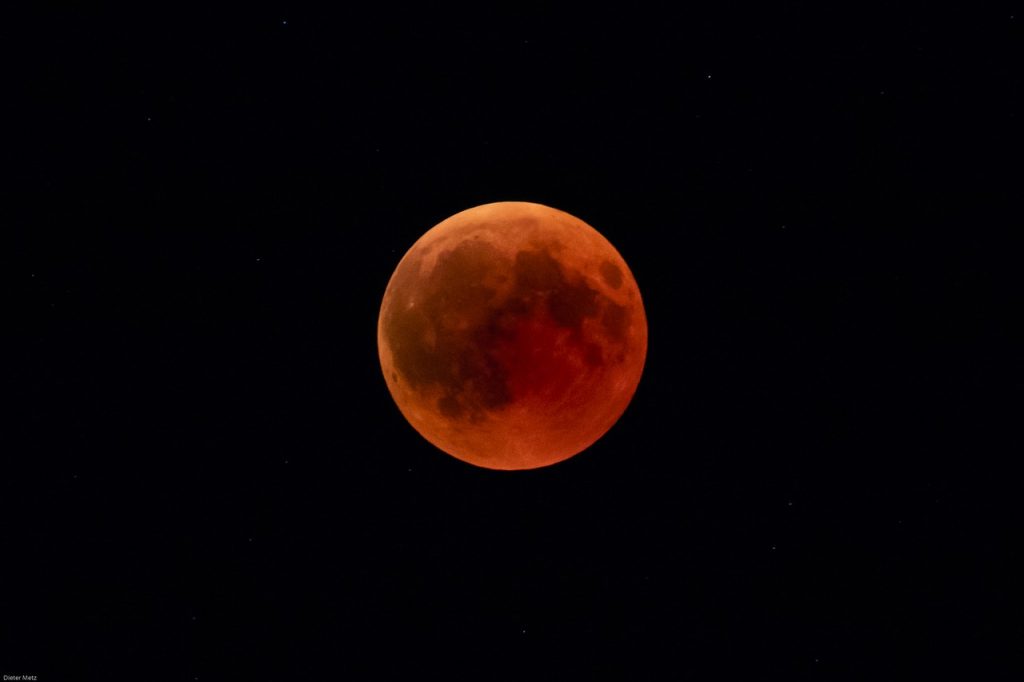 (dMz / Pixabay)The Flat earth society believes that the lunar eclipse occurs as the sun and moon come into alignment with the ‘Shadowy Object’ between the two.

The post further explains that this phenomenon can only take place three times per years.

“The shadow object is never seen in the sky because it orbits close to the sun. As the sun’s powerful vertical rays hit the atmosphere during the day they will scatter and blot out nearly every single star and celestial body in the sky.”

“We are never given a glimpse of the celestial bodies which appear near the sun during the day – they are completely washed out by the sun’s light.”

And while the Flat Earth Society has failed to ‘explain what sort of object this, strange mysterious ‘shadowy object’ is, they say that it could be an already known celestial body like Mercury, Venus, or even a comet or asteroid.

Earth, on the other hand, does not play an important role in this phenomenon, the group argues.

“As far as the Lunar Eclipse goes, there is no evidence that the shadow which manifests on the moon during a Lunar Eclipse originates from the earth at all,” the post further states.

“That shadow could come from any celestial body intersecting the light between the sun and moon.”

‘It Is Colder Than Mars’ Right Now

China Releases Incredible, Never-Before-Seen Images of the Far Side of the Moon

Scientists Find Evidence of Life on Earth 700 Million Years Ago

Blood Moon: Lunar Eclipse Myths From Around the World