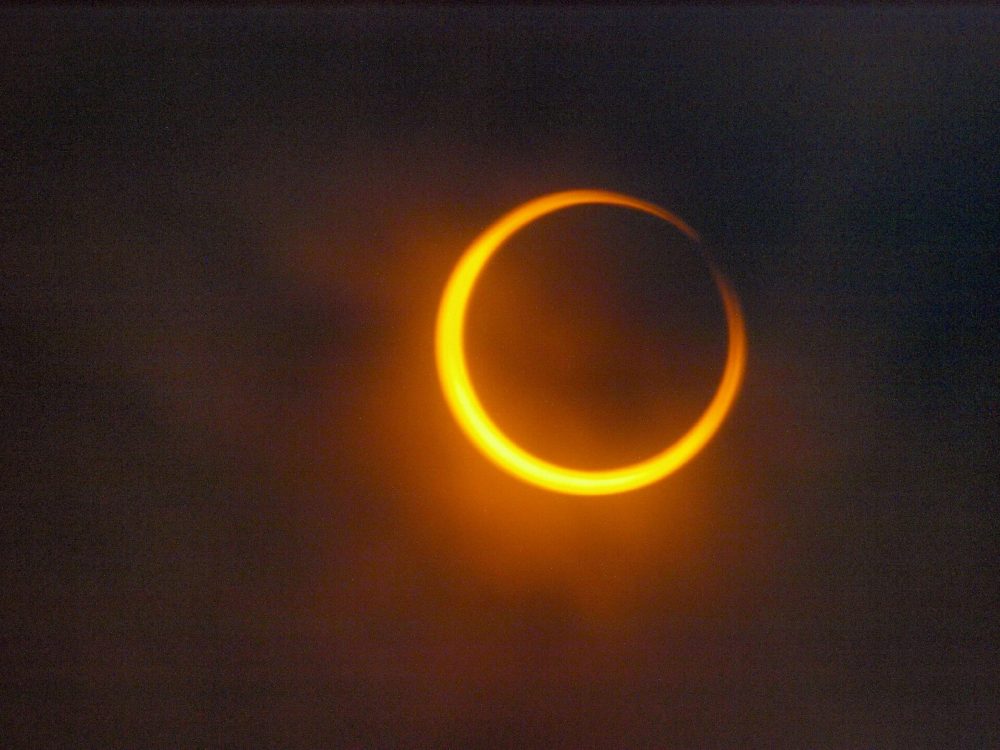 Are you ready for another stunning cosmic event?

In brief: This Sunday, June 21, 2020, a solar eclipse known as an annular eclipse will offer sky gazers a remarkable opportunity to observe a cosmic phenomenon in which our Moon passes in front of the Sun, but does not cover it completely as it makes its way between the planet and the Sun.

The annual eclipse will see a ring of sunlight appear around the other edge. This curious cosmic phenomenon is called a ring of fire eclipse.

For a couple of weeks already, we have been speaking about how June of 2020 will offer us another striking cosmic event. June started off with the so-called penumbral eclipse, which took place on June 5.

Now, this Sunday, June 21, the annual solar eclipse will take place, offering us another stunning opportunity to observe a cosmic event worth contemplating.

An annular solar eclipse occurs when the Moon is somewhat farther from Earth and, consequently, cannot completely cover the Sun. It also happens when our planet is closer to the star within its orbit.

This Sunday, there will be a moment when the Moon and the Sun will be completely superimposed; just at that moment, an amazing circle of light will appear around the Moon.

For this reason, this astronomical event is called the “ring of fire.”

An amazing – and unusual – example of this was captured by photographer Colin Legg and astronomy student Geoff Sims from Australia in 2013:

During the 2013 annular eclipse, the ring of fire seen around the Moon was temporarily distorted by Earth’s atmosphere, crushing the incredible synchronization between the Moon and the Sun as they rose above the horizon.

Solar Eclipse, how can I see it?

This weekend, shortly after the solstice, the ring of fire will be fully visible from central Africa to Asia. The annular eclipse will take place just a few hours after our Moon enters the “new Moon” phase, reveals NASA.

Other regions, from southeastern Europe to northern Australia, will experience a partial annular eclipse, as seen in the following animation:

At the peak of the annular eclipse, the Moon will block 99.4% of the Sun, as the pair is shown in its cosmic dance over the skies of North India. If you are in some of the shaded areas and plan to see the phenomenon for yourself, you can find a more detailed location and time maps HERE.

NASA highlights that, despite being hundreds of kilometers from the line of totality, you will still be able to enjoy an incredible view – if the weather allows it, of course – by following the usual preventive measures for this type of event (special glasses that follow the ISO 12312-2 regulations).

If for some reason, you are unable to see the cosmic event for yourself, fear not, the event will be broadcast live from various websites so you can observe it from the comfort of your home. For example, the annular eclipse will be available via an online stream by the Virtual Telescope Project.

after several months of work, i am glad to share my large FOV image of the #solareclipse2019 observed from @cerrotololo ! this was made possible thanks to @NikonFR and @cieletespace. More information on my website:https://t.co/LMfTuAwr4p pic.twitter.com/5kgeQhytLN

After the June 21st annular eclipse, the next ring of fire will occur in 2021, although on this occasion, it will be visible only from the Arctic.