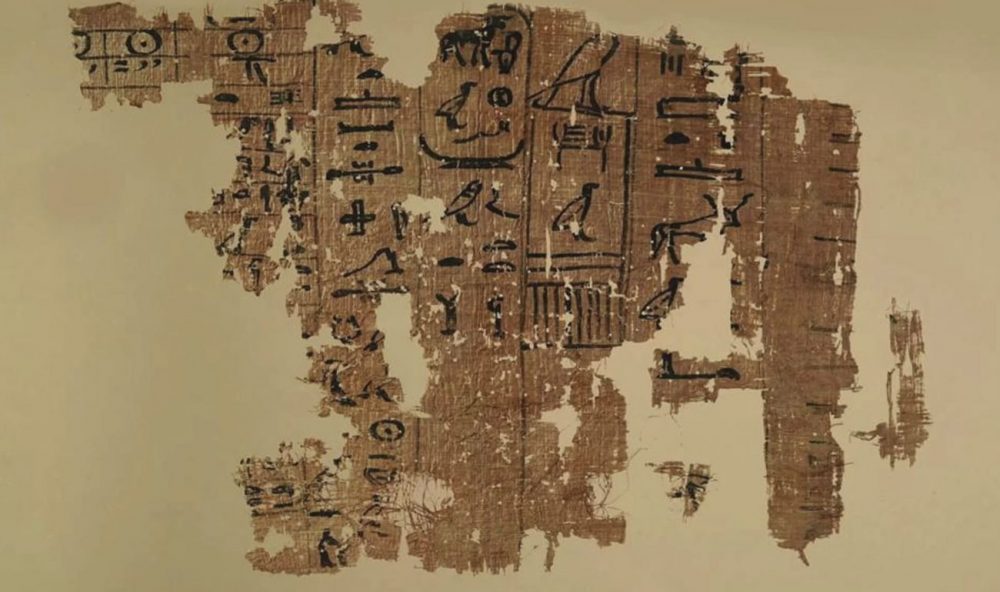 The Great Pyramid of Giza is one of the most amazing achievements of ancient man. The massive monument located at the Giza plateau is one of the largest architectural and engineering feats ever attempted in the ancient world.

But despite centuries of studies, we have still not figured out how thousands of years ago, the ancient Egyptians built the pyramid.

We know that it required a strong economy, an exceptional organization, and a massive labor force.

But how this worked out, and how the builders carved, transported and then stacked the massive blocks onto one another forming the pyramid is something that has eluded experts since the very first study of the pyramid.

Experts estimate that as many as 5.5 million tons of limestone, 8,000 tons of granite (imported from Aswan), and 500,000 tons of mortar were used in the construction of the Great Pyramid.

The ancient builders of the pyramid managed to complete a pyramid consisting of 2.3 million stones weighing nearly 3 tons each for a total mass of 6.5 million tons.

So, how was this monumental project completed?

So far, we have barely found any traces of the construction of the pyramid, which is strange.

You’d think that the Egyptians would have documented the building process and requirements in greater detail.

And they may have, but we just haven’t found many of those documents.

The set of papyri ( a total of 30), found in 2013 inside caves in the ancient Red Sea port of Wadi al-Jarf by an Egyptian-French mission, contain unprecedented information in neat hieroglyphs detailing the lives of pyramid workers.

The ancient texts include information on the transportation of building materials via the Nile River and tallying of food and supplies like sheep.

Among the collection of papyri was the journal of a man called Merer, who is believed to have led around 200 men who traveled from across Egypt picking up and delivering goods of one kind or another.

“Over a period of several months, [the logbook] reports — in [the] form of a timetable with two columns per day — many operations related to the construction of the Great Pyramid of Khufu at Giza and the work at the limestone quarries on the opposite bank of the Nile,” Pierre Tallet, and Gregory Marouard wrote in an article published in 2014 in the journal Near Eastern Archaeology.

Merer mentions stopping by at Tora, an ancient Egyptian town along the Nile, well-known for its limestone quarry, filling up his boat with the massive stones, and then taking them up the Nile River to Giza.

The limestone quarried in Tula was eventually used to form the outer casing of the Great Pyramid of Giza.

Merer also mentions reporting to the “Noble Ankh-haf,” who is thought to have been the half-brother of Pharaoh Khufu.

The papyrus offered experts with unprecedented evidence that evidence definitively identifies Khufu’s half-brother as the man who oversaw the construction process of the Great Pyramid.