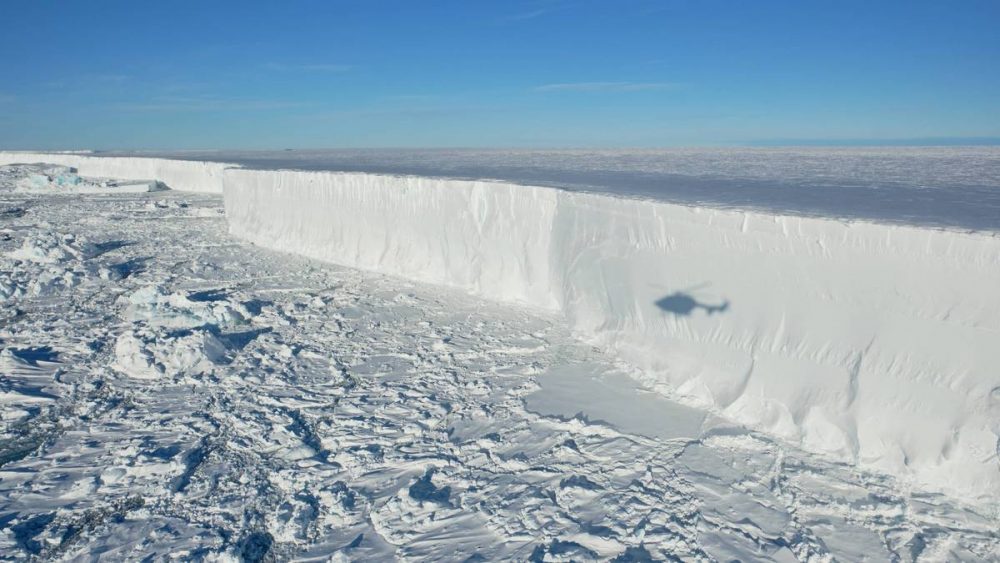 Nobody expected to find such incredible biodiversity on the seafloor that was covered with ice for decades.

A massive iceberg broke off the Antarctic Ice Sheet a little bit over two weeks ago, revealing a surprisingly populated seafloor. The new iceberg, dubbed A-74, has been measured to about 1270 square kilometers, which is more than 1.5 times the size of New York. While this calving was expected for some time now, nobody expected to find the diversity of life on the seafloor beneath it.

According to the British Antarctic Service, citing data from the British research station Halley, 150 meters thick cracks began to form on the glacier more than ten years ago.

As a result, at the beginning of this year, the process began to develop rapidly – one of the large clefts increased by one kilometer per day. This led to the formation of a giant iceberg in February.

#Landsat 8 acquired an image of a new iceberg that recently calved from the #BruntIceShelf in Antarctica after the #NorthRift crack appeared late last year. The new iceberg, named #A74, is about 490 square miles and is a little bigger than New York City. pic.twitter.com/7sn3hIIVjG

Fortunately for scientists around the world, a research ship of the Alfred Wegener Institute was near the newly calved iceberg. RV Polastern managed to enter the newly formed gap between the new iceberg and the ice shelf photographing the newly exposed Antarctic seafloor with its video cameras.

This new unexpected mission definitely was a risk but there was no way for the scientific crew not to take advantage of the opportunity. Exploring the waters beneath the ice cover of Antarctica is a mandatory part of the mission of similar vessels but having the opportunity to take a proper position is rare. It depends on weather and ice conditions, as well as the season. Moreover, such cases of massive calvings occur averagely once in a decade.

Besides the incredible Antarctic seafloor photographs, the experts were able to collect sediment samples for further research. Studying the ecosystem of the Antarctic seafloor will help scientists understand the consequences of climate change and foresee its impact in the future. While climate change has not affected the regions of East Antarctica greatly at this point, it has been estimated that the rise of global temperatures will show its effects by the end of the century.

As for the newly-exposed Antarctic seafloor that was covered with ice for about five decades, images revealed surprising biodiversity. Researchers found various animal species living on stones of all sizes, brought from the Antarctic continent. Furthermore, they found much more common species like sea cucumbers and starfish, squids, and even fish.

The food sources for this ecosystem are yet unknown. More research will be needed besides the unique photographs and the collected samples could provide more insight in the near future.

With or without proper answers, nobody expected to find such biodiversity in the Antarctic seafloor and this raises more questions as to what else could be hiding under the thick ice cover that remains.

The research will be much simpler in the future when researchers begin using autonomous underwater technologies. The images we shared in this article were taken by a camera platform attached to a long wire on the ship which obviously limits the capabilities of the tech. With autonomous robots, scientists will be able to take much better and more detailed images of the Antarctic seafloor.