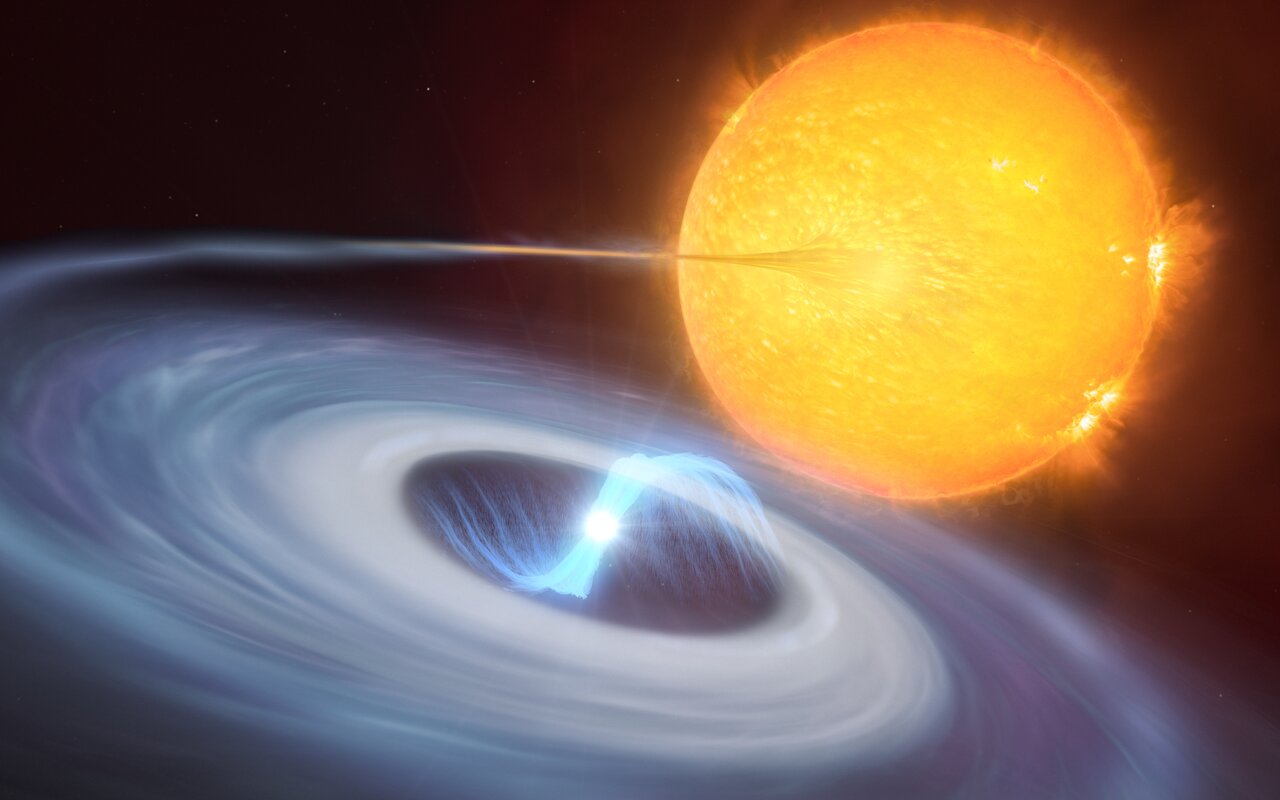 Astronomers have confirmed the existence of micronovas that occur on accreting white dwarfs in binary systems. In total, scientists have found three similar events that are similar to bursts on accreting neutron stars and a million times less powerful than classical novae.

Binary systems that include a white dwarf

Binary systems consisting of an ordinary star and a white dwarf, which is the final stage in the evolution of stars with masses less than 8 solar masses, are extremely interesting objects for astrophysicists.

Their study makes it possible to understand the mechanisms of nova and type Ia flares, the processes of accretion of matter onto a compact object, and the influence of magnetic fields on it, as well as the interaction of bodies in binary star systems.

Nova flares, which look like a sharp and powerful increase in the brightness of some stars, occur in binary systems with a white dwarf, which accretes onto itself the matter of a companion star that accumulates near its photosphere.

As hydrogen accumulates in such a layer and the temperature increases, the reactions of fusion of hydrogen nuclei into helium are initiated in it, which leads to a global flare that does not lead to the destruction of the dwarf itself.

In the future, the process will be repeated again with an interval of tens to thousands of years. Astronomers also predict that local thermonuclear flares, similar to the type I X-ray bursts observed in accreting neutron stars, can also occur on white dwarfs.

A team of astronomers from the University of Durham in the UK has reported that they have detected for the first time three micron flashes (micronovas) on white dwarfs, which are part of the binary systems TV Dove (TV Col), EI Ursa Major (EI UMa) and ASASSN- 19bh.

Scientists have been analyzing data from long-term observations of TV Col, EI UMa, and ASASSN-19bh which were originally found by the TESS space telescope between 2018 and 2020. ASASSN-19bh was further investigated using the X-shooter instrument installed at the VLT telescope complex in Chile.

TV Dove has an orbital period of 5.5 hours and contains a white dwarf that rotates with a period of 1900 seconds. Over the past 40 years, inexplicable fast flares have been observed several times in this system in both the optical and X-ray wavelengths.

During flares, the emission lines of highly ionized helium and nitrogen are amplified, and in the ultraviolet range, an outflow of the matter is observed at speeds of more than 3500 kilometers per second, which is comparable to the escape velocity from the surface of a white dwarf.

The luminosity during flares in the optical and ultraviolet ranges more than tripled in less than an hour and decayed within 10 hours.

In the case of EI Ursa Major, the system contains a magnetized white dwarf accreting matter from a companion star. The orbital period for this system is estimated at 6.4 hours, and the rotation period of the dwarf is 746 seconds. ASASSN-19bh also contains a white dwarf that pulls matter from a donor star that may be K-type.

What else did scientists reveal about micronovas?

For all three systems, the observed flares strongly resemble type I X-ray bursts that occur in systems with neutron stars accreting matter. The lower limits of the mass involved in thermonuclear reactions during TV Col, EI UMa, and ASASSN-19bh flares were estimated at 1.8× 10–11, 2.6× 10–11, and 5.8× 10–11 solar masses, respectively. , which is a million times less than in the case of outbursts of classical novae.

The scientists concluded that these outbursts cannot be explained by thermoviscous instability in the accretion disk, a transient increase in accretion, or a magnetic reconnection event.

If the magnetic field of a white dwarf is greater than 10 6 gauss, which is expected for all three systems, then its rotating magnetosphere is able to control the dynamics of accretion and generate columnar flows of hydrogen-rich matter falling into the region of the dwarf’s magnetic poles.

If the pressure at the base of the accretion flow is comparable to the critical pressure required to initiate fusion reactions, then an area-localized outburst, which will be micron-sized, can occur. 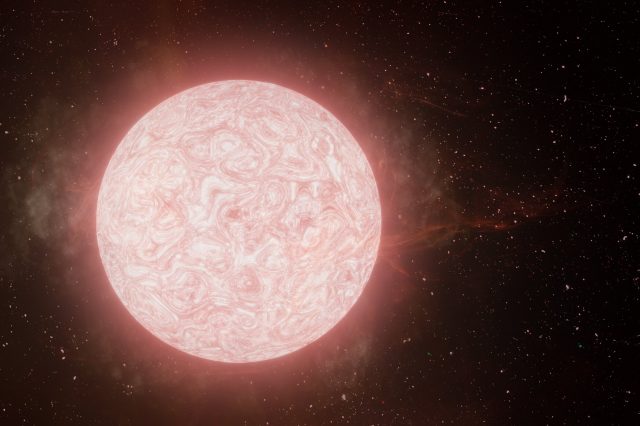 A Supergiant Star Exploded, and Astronomers Captured the Cosmic Event