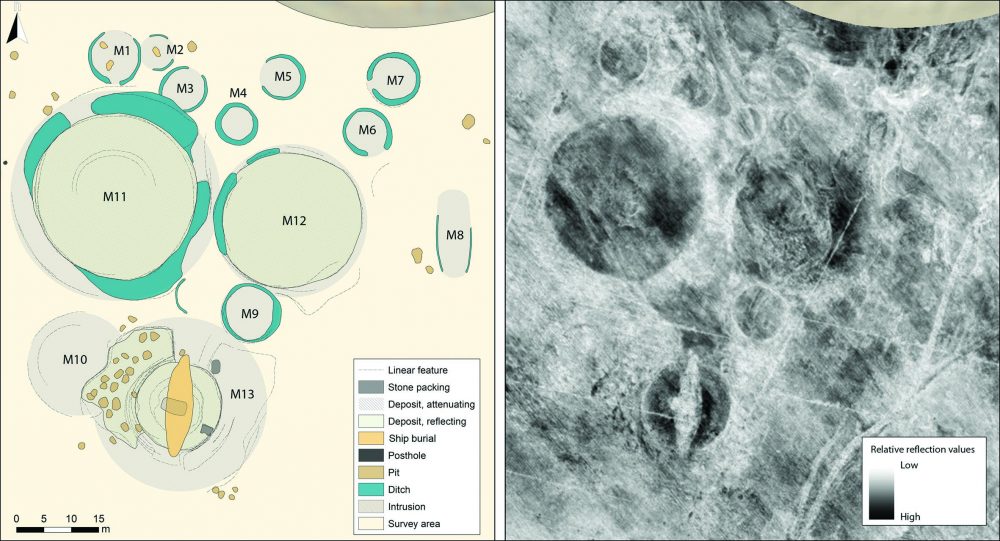 The site is believed to represent a key period in Viking history.

Viking history truly fascinates me, and it’s not just because of the Vikings TV series–which, by the way, is totally awesome, in my opinion. I am fully into Viking history because it is peculiar in mythology, religion, and politics. The ancient Vikings were people that accomplished great things.

They developed a complex mythological religion and traveled the world.

They were known as great warriors and explorers, yet we still have much to learn about them and just how much they influenced society’s development.

Excavating ancient Viking sites is of great importance if we are to understand their complex and long history better. But sometimes, instead of excavating, we can learn about the ancient Vikings by simply using technology. One incredible tool that helps experts look for ancient sites is ground-penetrating radar and LiDAR.

Now, it has been reported that Norwegian archeologists have identified the remains of a previously unknown Viking ritual center, which includes a party hall, a house of worship, and a ship burial.

The Gjellestad area is home to Jell Mound, one of the largest Iron Age burial mounds in Scandinavia.

However, new research suggests this is just a surface trace – the site may also feature a Viking ship burial, a cult site, and a previously unknown banquet hall.

The discovery, published in the journal Antiquity, was made without unearthing the site, one of the many advantages of technologies such as Ground-Penetrating-Radar or LiDAR.

Instead, ground-penetrating radar was used to map features below the surface, avoiding potentially damaging some of them by excavations.

The survey to map the area began in 2017, and its initial goal was to determine if construction plans would put any archeology near Jell Mound at risk. In fact, similar techniques should be used in the future by experts in order to explore regions and sites that are inaccessible, and in risk of being damaged.

Historical records indicate that three other burial mounds were demolished in the 19th century, suggesting there is more to the site than meets the eye.

However, it turns out that even the three demolished mounds are just the tip of the iceberg.

The data obtained in the survey using GPR showed that there were once 13 burial mounds in Gjellestad, some over 100 feet wide, revealing the ancient site’s true scale.

As archaeologists reported, one of these mounds shows an anomaly in the GPR data that probably represents a buried Viking ship.

These ship burials were probably reserved for powerful Viking rulers.

Additionally, the researchers found a mine in the GPR data whose location had reminded a mystery until now.

The new survey also allowed scientists to discover a large building’s remnants, probably a feast hall, and another room that did not appear intended to be inhabited. Instead, it can be a house of worship or other religious structure, the researchers have explained.

“The site seems to have belonged to the very top echelon of the Iron Age elite of the area, and would have been a focal point for the exertion of political and social control of the region,” explained Lars Gustavsen, lead author of the research, from the Norwegian Institute for Cultural Heritage Research in a press release.

Th site is very extensive and given their range, scientists believe that the site was used for several centuries. Researchers have revealed that the site likes started off as being a smaller mound cemetery but was later developed into a high-status cemetery whose most prominent structures were the monumental burial mounds, hall buildings, and ship burial.