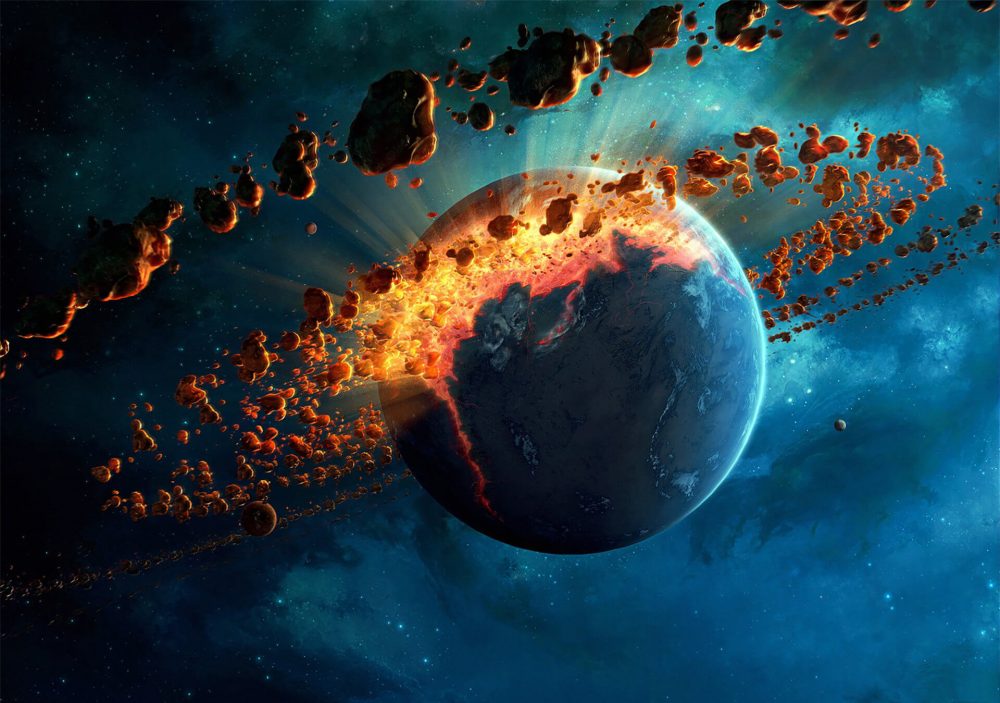 A recent study explains how asteroid impact in the ocean may possess a crucial link in explaining the development of the essential molecules for life not only on Earth but ancient Mars as well.

A new study reveals how asteroid impacts in the ocean may have a crucial link to explain the formation of molecules essentials for life as we know it, not only on Earth but Mars as well.

The study, published in the Journal Nature, uncovered the emergence of amino acids that serve as building blocks for proteins, demonstrating the role of meteorites in bringing life’s molecules to Earth and, potentially, to Mars.

There are two explanations for the origins of life-building molecules: alien delivery or transport of necessary materials through meteorites and asteroids; and endogenous formation. The existence of amino acids and other biomolecules in meteorites points to the former, reveal scientists in the study.

Japanese researchers from Tohoku University, the National Institute for Materials Science (NIMS), the Advanced Research Center for High-Pressure Science and Technology (HPSTAR), and the University of Osaka simulated the reactions involved when a meteorite crashes into the ocean.

To do this, they investigated the reactions between carbon dioxide, nitrogen, water, and iron in a laboratory impact facility using a single-stage propeller gun. Their simulation revealed the formation of amino acids, such as glycine and alanine.

These amino acids are direct components of proteins, which catalyze many biological reactions. The team made use of carbon dioxide and nitrogen as sources of carbon and nitrogen because these gases are considered to be the two main components of the atmosphere on Hadean Earth, a geological Eon that began with the formation of the Earth about 4.6 billion years ago and ended, as defined by the International Commission on Stratigraphy (ICS), 4 billion years ago.

Yoshihiro Furukawa, the leading author of the study and researcher from Tohoku University, explains: “Getting organic molecules to form reduced compounds like methane and ammonia is not difficult, but they are considered minor components in the atmosphere at the time.”

“The finding of the formation of amino acids from carbon dioxide and molecular nitrogen demonstrates the importance of creating the basic components of life from these ubiquitous compounds,” he added.

The belief that an ocean once existed on Mars also raises interesting avenues for exploration. Carbon dioxide and nitrogen are likely to have been the main constituent gases of the Martian atmosphere when the ocean existed.

Furukawa says that “more research will reveal more about the role meteorites played in bringing more complex biomolecules to Earth and Mars.”

Thanks to the various robotic mission on Mars and extensive studies of the data gathered from the surface of the red planet has given experts enough evidence to propose the existence of massive oceans on Mars that covered more than a third of the red planet’s surface. This was early in the planet’s geological history, but there’s conclusive evidence it once existed.

Not only that, but astronomers have also discovered tell-tale signs that vast lakes and river systems once existed on the Martian surface.

Among the evidence gathered so far that backs up the existence of such an ocean are geographic features filmed on the Martian surface by rovers such as Curiosity, which clearly show characteristics resembling ancient shorelines. Furthermore, the chemical properties discovered in the Martian soil and atmosphere also hint at the existence of the ancient ocean.