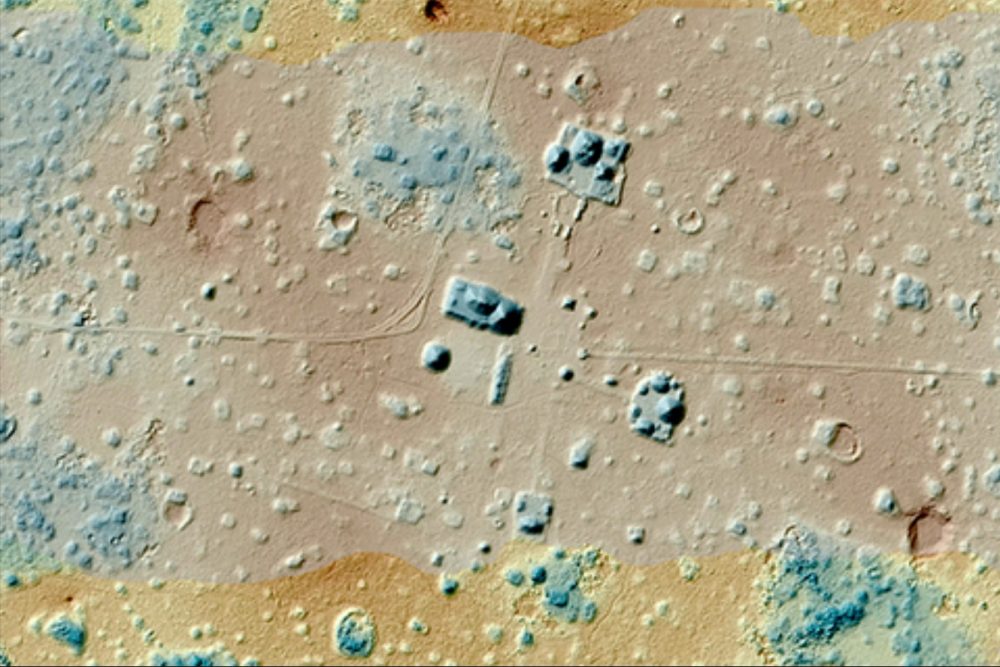 A LiDAR survey has revealed the existence of a massive ancient 100-kilometer stone road constructed by the ancient Maya. The road system has a total volume to fill approximately 2,900 Olympic pools.

Thanks to LiDAR technology, a group of archeologists have managed to better understand the ancient Maya civilization; researchers have identified a previously unseen ancient highway connecting important sites in the Maya highlands.

Approximately 13 centuries ago, the Mayan city of Cobá built a 100-kilometer stone road that connected it to the ancient city of Yaxuná, to strengthen its dominance over the Yucatan Peninsula.

LIDAR technology—short for “light detection and ranging”—enabled experts to detect, map, and measure previously unknown structures that have remained hidden beneath dense vegetation for centuries.

LiDAR technology has allowed experts parts of history that have remained hidden from sight. In other words, LiDAR has become an incredibly powerful tool used by archaeologists to search for traces of hidden structures. Many ancient Maya cities have been devoured by vegetations and traces of their mighty empire have been hidden beneath the impenetrable jungle.

LiDAR allows scientists to create digital three-dimensional maps of hidden surface structures, something that researchers could only dream of a few years ago.

Results of a study published in the Journal of Archaeological Science show experts have managed to identify more than 8,000 tree-covered structures of different sizes along the sacbe (an elevated paved road), with a total volume to fill approximately 2,900 Olympic pools.

The study allowed confirming that the ancient Maya road, which is about 8.5 meters wide, does not follow a straight line, as previously assumed when archaeologists at the Carnegie Institute in Washington mapped its entire length in the 1930s, with little more than a tape measure and a compass.

The new study suggests that the ancient highway was diverted to incorporate pre-existing towns and cities between Cobá, which is known for its carved monuments that represent bellicose rulers that rise above tied captives, and Yaxuná, a smaller and older city in the center of the peninsula.

Interestingly, the isolated city of Yaxuná (pronounced Ya-shoo-na) managed to build a pyramid almost three times larger than its more famous counterpart at Chichen Itza, all of that several centuries earlier.

“The lidar really allowed us to understand the road in much greater detail. It helped us identify many new towns and cities along the road—new to us, but preexisting the road,” revealed Traci Ardren, archaeologist and University of Miami professor of anthropology in a statement.

“We also now know the road is not straight, which suggests that it was built to incorporate these preexisting settlements, and that has interesting geopolitical implications. This road was not just connecting Cobá and Yaxuná; it connected thousands of people who lived in the intermediary region.”

The researchers say that the ancient Mayan road was constructed before 700, at the end of the Classic Period, when Cobá was making a great effort to expand.

“Cobá was trying to hold on to its power, so with the rise of Chichén Itzá, it needed a stronghold in the center of the peninsula. The road is one of the last-gasp efforts of Cobá to maintain its power,” Ardren explained.

“We believe it may have been one of the accomplishments of K’awiil Ajaw, who is documented as having conducted wars of territorial expansion,” the researcher added.

Although constructed over undulant terrain, the road the Maya built was flat. The uneven terrain was filled with huge limestone boulders, and the road’s surface was coated with bright, white plaster.