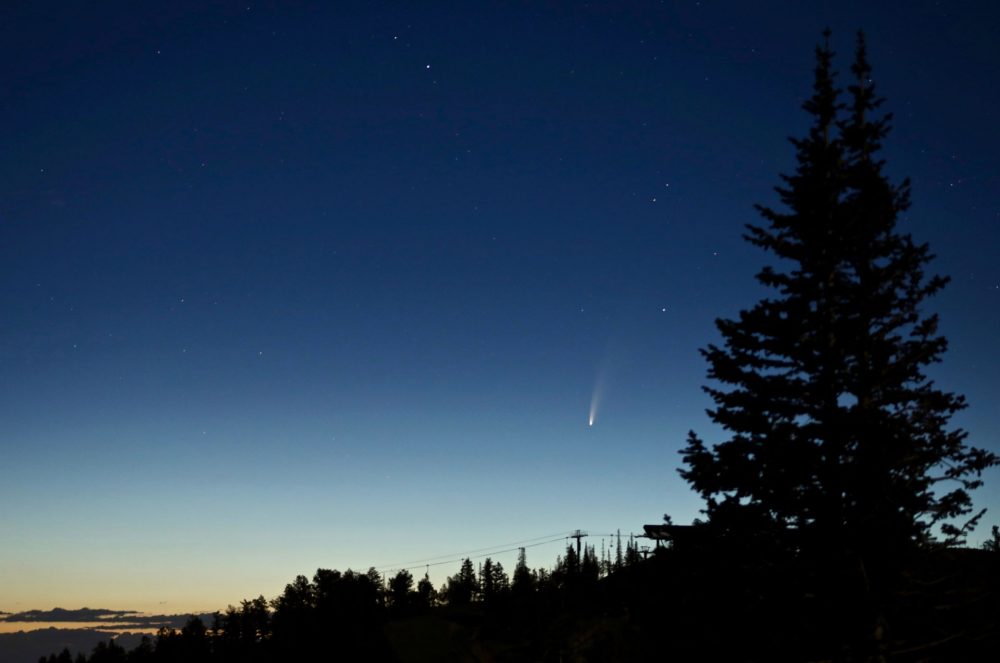 The comet will be spectacular, it won't return to the inner solar system and become visible from Earth until the year 8786.

There’s a massive comet that can be observed with the unaided eye, and it’s your perfect opportunity to witness an unforgettable moment.

Comet C / 2020 F3 (NEOWISE) is basically an object that can be observed under perfect conditions, even with the unaided eye. Using binoculars or smaller telescopes, you can already catch a glimpse of a stunning bright comet that takes around 6,800 years to orbit the Sun.

This means that the comet which has now slingshot around the Sun will take several thousands of years to return for mankind to see it.

Here’s all you need to know about the comet, and how to see in the sky.

Comet C/2020 F3 was discovered on March 27, 2020, thanks to the NEOWISE (Near-Earth Object Wide-field Infrared Survey Explorer) space telescope, located 525 kilometers above the Earth’s surface. According to space.com, the last great comet visible from the Northern Hemisphere was Comet Hale-Bopp in 1997.

“From its infrared signature, we can tell that it is about 5 kilometers [3 miles] across, and by combining the infrared data with visible-light images, we can tell that the comet’s nucleus is covered with sooty, dark particles leftover from its formation near the birth of our solar system 4.6 billion years ago,” said Joseph Masiero, NEOWISE deputy principal investigator at NASA’s Jet Propulsion Laboratory in Southern California.

After surviving its close encounter with the Sun in early July – something that was kind of unexpected – the comet has become increasingly visible on its journey back to the outer solar system. During these first days of the month, the object appears in the dawn sky, near the horizon where the light of the Sun makes it hard to spot.

However, it is expected that on July 11, the comet will reach an altitude close to 10 degrees, while in the following ten days, it will gradually move towards the horizon in a north-northeast direction, losing the visibility it currently has during early hours of the day.

By mid-July (between 12 and 15), the perspective will change, and the comet will become visible at dusk (as soon as the Sun sets), appearing at a higher point in the sky that will improve opportunities to observe it.

Its closest approach to Earth will take place on Wednesday, July 22, when the comet is expected to be at a distance of 103 million kilometers from our planet.

By July 25, it is expected to be visible at around 30 degrees. At the end of the month, it will pass north of the Coma Berenices constellation.

If the comet retains its brightness and does not disintegrate like comet ATLAS earlier this year, by the end of July, we will have an ideal opportunity to witness the comet with the naked eye or using telescopes or binoculars.

This is due to its altitude on the night horizon in conjunction with a bright crescent moon, which will contribute to our observational opportunity.

In the meantime, it’s a good idea to try to get up early this week to see the still relatively bright comet, just in case it gets dimmer in the coming weeks.

This is an opportunity you wouldn’t want to miss since, after all, we won’t have another chance to see the comet in the coming years. According to astronomers, the comet will return to Earth in the year 8786.