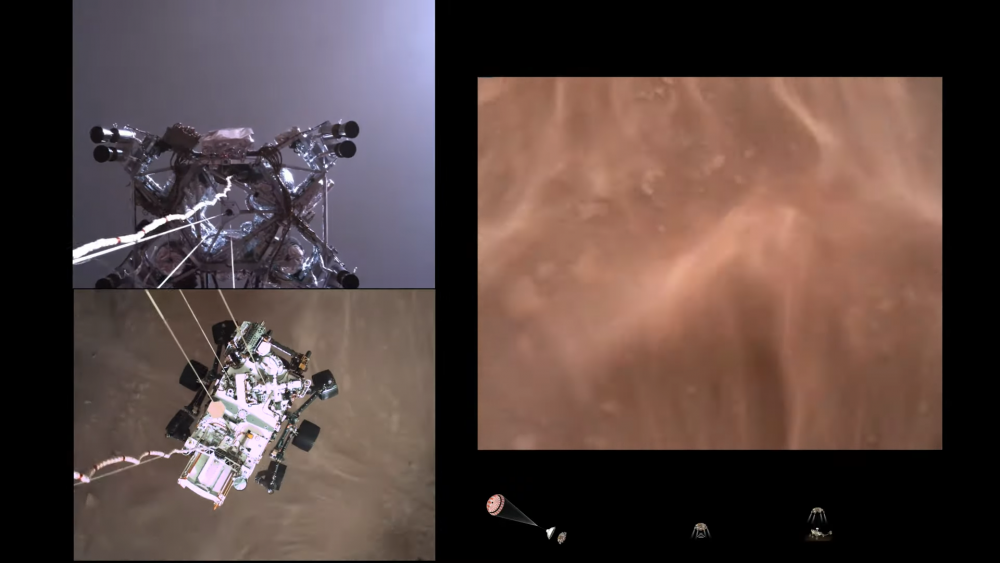 Check out the stunning video taken during Perseverance's landing on Mars.

NASA has just released one of the most extraordinary videos in the history of the agency – the landing of the Perseverance Rover on Mars.

Space lovers from around the world finally have a visualization of the incredibly difficult landing process that is always being talked about as a nearly impossible task before each subsequent mission.

Video of Perseverance Landing on Mars

The video is not just a PR campaign. It is of great scientific value and, according to the mission’s leadership, will be studied for many years to come. For the first time, we have footage showing the rapid opening of the parachute, while the speed of the Perseverance was greater than that of sound. The initial analysis confirmed that there were no deviations during deployment, no entanglements, and knots.

The video also depicts the ejection of the heat shield after it has done its job, protecting Perseverance’s delicate equipment from hot temperatures during the initial stages of entering the atmosphere. And, of course, you will see the rover being lowered by ropes from the air crane, as well as the separation of the retro-rocket stage and its distance.

The NASA team had hoped to receive an audio recording during the descent, but this proved unsuccessful. Fortunately, however, the microphone survived and after landing managed to record the sounds of Martian winds, as well as the sounds emitted by the rover during the activation of its equipment.

While we were all looking forward to seeing the full video shot during the landing of the Perseverance rover, NASA began publishing raw images from the mission.

This happened later than expected, to the disappointment of the biggest fans of NASA’s space projects, but the important thing is that it still happened.

For starters, 145 new images were available from the Hazcam obstacle avoidance cameras this morning. Now that the Perseverance landing video has also been released, I see that NASA updated the raw image gallery with photos from the Navcam navigation cameras, which are also able to capture color images.

NASA’s policy of publishing real-time photographs in a timely manner dates back to the 2004 era of Spirit and Opportunity. The agency’s requirement is that images from engineering cameras be uploaded to the web as soon as they are received on Earth, and from scientific cameras within 24 hours of receiving them.

On Saturday, Thomas Zurbuken, NASA’s deputy administrator for the agency’s research, confirmed that the same policy would be followed by the Perseverance team.

This means that we should expect images and hopefully videos from Perseverance regularly but I seriously doubt that any video footage will ever come as close to the landing video.