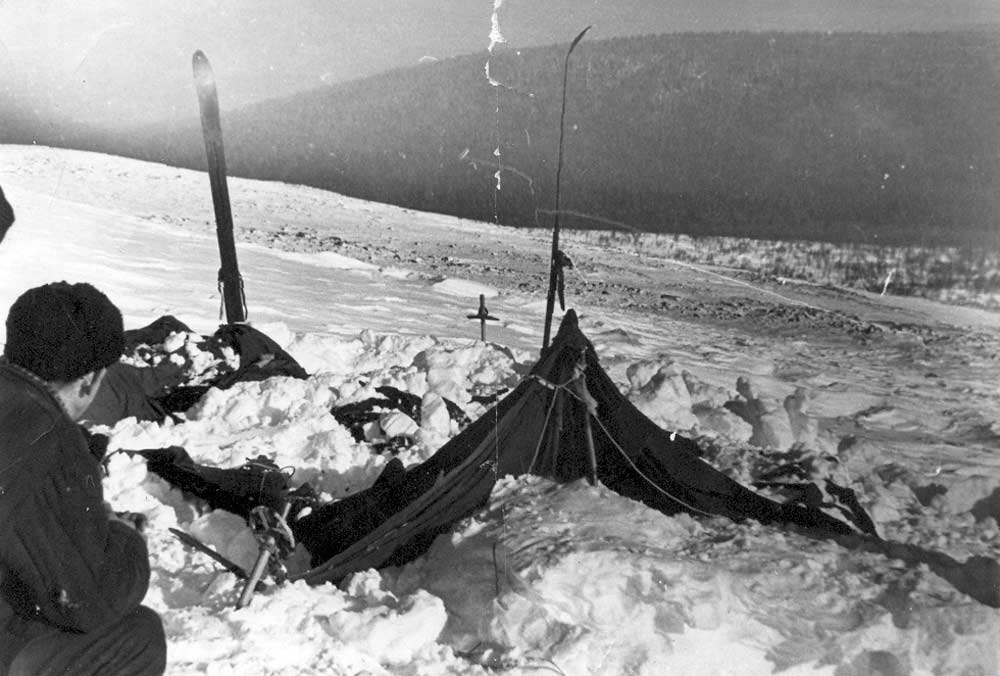 This study proves one of the main theories but it still does not explain some of the stranger circumstances of the incident.

Sooner or later, science will find an answer to all our questions. Scientists from Switzerland created a two-dimensional computer model to solve one of the most tragic mysteries of recent Russian history – the Dyatlov Pass incident which took the lives of an entire tourist group in the Northern Urals in 1959.

Scientists Johan Gaume and Alexander Puzrin presented the results of their research work in the journal Communications Earth & Environment.

The official investigation from more than 60 years ago almost immediately expressed the version that the members of the Dyatlov group died due to an avalanche, but the rescue team, which arrived at the scene 26 days after the incident, did not find direct confirmation of this hypothesis.

For example, they easily found a ski tent covered with snow, and the slope angle near it averaged 23 degrees, which is much lower than the 30-degree slope required for a large avalanche. In addition, the avalanche should have descended immediately after people dug in the snow to level the tent site.

But, according to the calculations of scientists from Switzerland, this happened only after about 9-13 hours. Having violated the top layer of snow, tourists from the Dyatlov group launched a deadly countdown.

The authors of the study believe that skiers died when an avalanche came down from a snow slab, that is, a dense layer of snow lying on a weaker layer. A snow slab can come off a slope less than 30 degrees. The descent of a slab of snow from a weak layer can be compared to two books lying in the palm of your hand: if you tilt them, the top book will fall, reaching a critical angle of inclination.

In addition, scientists believe that what happened was possible because of the downwind, which continued to drive snow above the tent, increasing the load on the upper layer of snow.

On the night of February 2, 1959, when nine members of the Dyatlov group were sleeping all together in one tent, a relatively small snow slab came down. Its dimensions, according to modeling, were approximately five by five meters. Almost a month after the Dyatlov Pass incident, there were no traces of it.

The authors of the work also performed numerical simulations of the injuries that people could get from such an avalanche. To do this, they used data from automobile crash tests of the 1970s, when corpses were used instead of dummies. The model confirmed that such an avalanche would not kill people, but they would receive serious injuries.

Scientists concluded that the tourists survived the first snowmelt and were able to get out of the tent, cutting it from the inside, despite the injuries. After that, the group members, many without outer clothing, moved away from the tent in search of a spare set of supplies hidden in the forest.

Johan Gaume admitted that Dyatlov’s group feared a second avalanche. At that moment, according to various sources, the air temperature ranged from minus 25 to minus 40–45 degrees. As a result, people died within hours of the avalanche.

This theory explains the Dyatlov Pass incident for the most part but it has not yet been fully accepted as correct.  After all, this study was only limited to the mechanism of the avalanche and did not try to explain other strange circumstances of the incident, such as traces of radioactivity on people’s clothes and the behavior of tourists after the snow melted.

As you can see, there are enough mysterious facts surrounding the incident and I believe that there will be more research in the near future. The whole story can easily be considered part of Russian folklore now as there are countless theories that range from Russian radioactive superweapon tests to Yeti attacks.