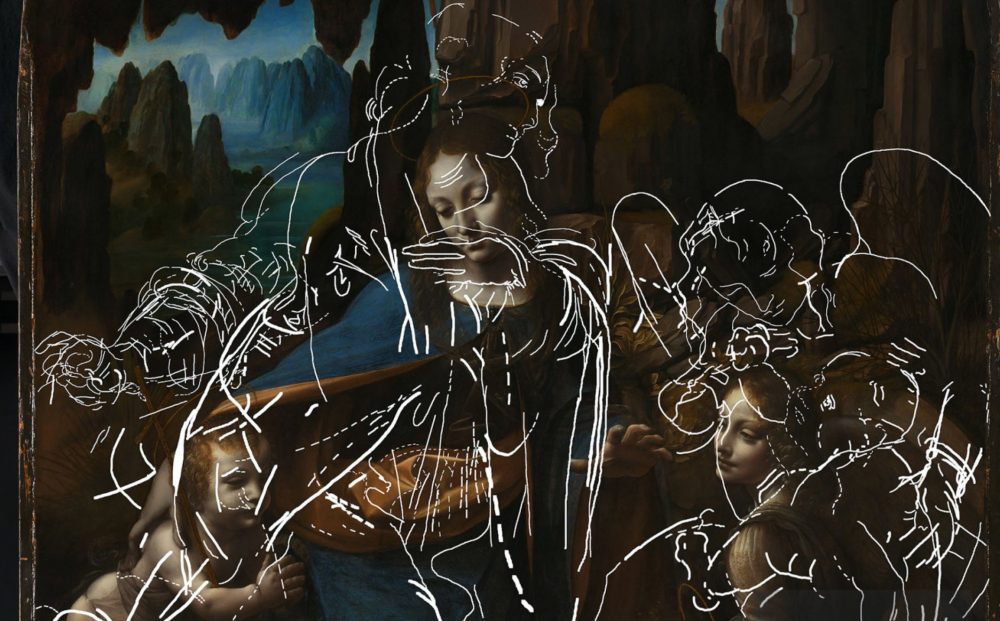 Art, meet algorithm. Algorithm finds hidden drawings. A new algorithm has helped experts discovered hidden drawings, invisible to the naked eye, in one of da Vinci’s greatest masterpieces; the Virgin on the Rocks.

A new algorithm has been used to help visualize hidden drawings invisible to the naked eye in DaVinci’s masterpiece, the Virgin of the Rocks.

Professor Pier Luigi Dragotti of Imperial College London and Dr. Catherine Higgitt of the National Gallery used the new algorithm combined with a technique called X-ray fluorescence macro scanning (MA-XRF), which maps chemical elements within the paintings to search for hidden parts of the painting.

In doing so, they revealed, more clearly than ever, several hidden figures that Leonardo most likely drew before changing his design to the one he finally painted.

These included abandoned images of an angel and the Christ Child.

Professor Dragotti, from Imperial’s Department of Electrical and Electronic Engineering, said: “It was like looking for a needle in a haystack, but it was a great feeling to see the wings and head finally discovered.”

Researchers at the National Gallery had already discovered, using infrared images, parts of Leonardo’s initial drawings below the surface of the painting, which included the Virgin in a different pose placed higher on the panel.

More recently, the team used MA-XRF to non-invasively scan each pixel of the paint to detect different chemical elements within the materials Leonardo used in the paint.

They discovered that the drawing of the first hidden composition contained zinc, which makes it possible to reveal more forgotten figures, including the Child Jesus and a winged angel on the right, where only the landscape is now visible.

Professor Dragotti developed the algorithm to automatically process the large amount of data from the MA-XRF scans, improving existing manual methods and producing better and more reliable images to help them visualize the data.

“Each pixel contained different amounts of each element, within several layers. We analyzed each pixel individually before combining them to see all the drawings in the painting. This revealed a much sharper image of the angel and the baby,” he said.

The researchers say their new technique could be applied to the data in other paintings, making the analysis of works of art easier to use and allowing art students and galleries to access data more easily.

“Before, we were getting very weak signals from the zinc within the painting due to its overlap with other elements, but the algorithm has given us more confidence in the signals that relate to the underdrawing,” Dr. Higgitt explained in a statement.

“It’s been a rewarding experience to learn about and combine our different fields. The findings could also help us to reach out to more varied and unexpected audiences.”

The Virgin of the Rocks is displayed at the National Gallery. 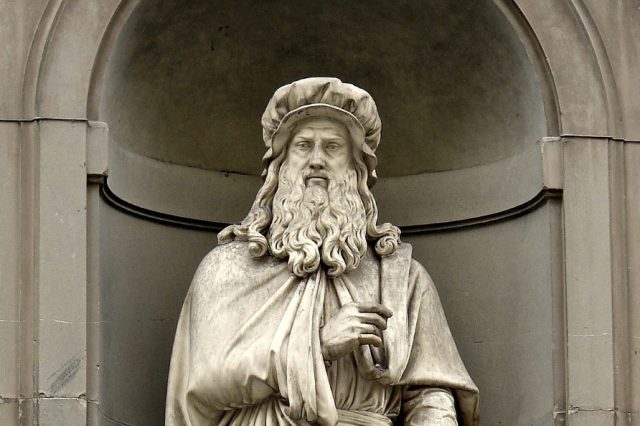 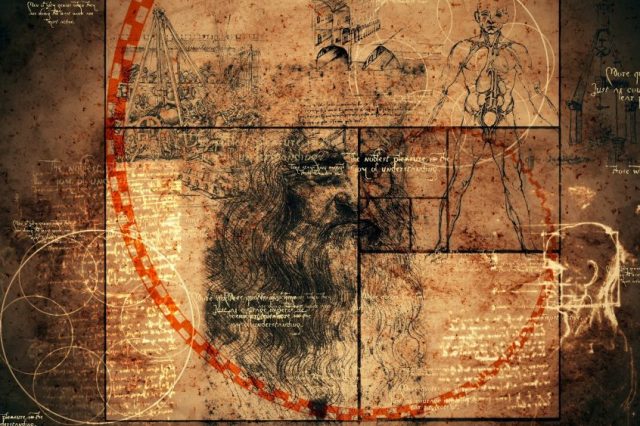